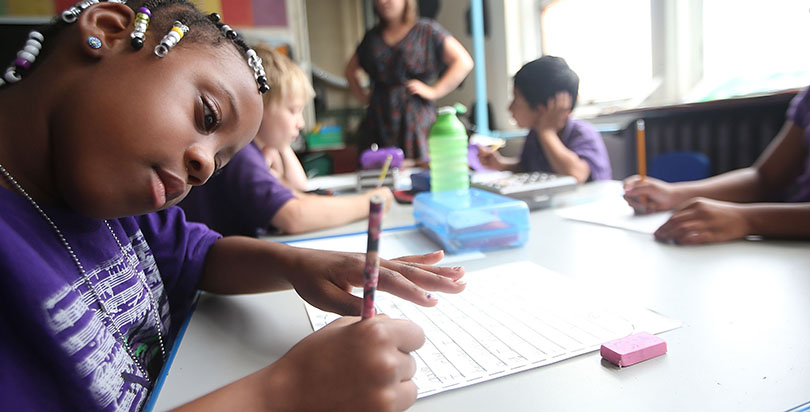 Students attend class at the Encore Academy charter school on May 13, 2015 in New Orleans, Louisiana. (Photo by Getty Images)

This is one in a series of articles covering the 10th anniversary of Hurricane Katrina and the rebuilding of New Orleans’ schools. Read all our coverage and essays here – and be sure to watch our three-part documentary series about the past, present and future of New Orleans education.
Just for a moment, suppose that convincing evidence emerged from an unimpeachable source showing that one city in the U.S. had dramatically improved its schools for poor and minority students – a feat that has eluded nearly every other city in the country.
That would be major national news, right? At the very least worthy of a blurb. A tweet?
Apparently not. The national press maintained total radio silence last Monday as Tulane University’s Education Research Alliance for New Orleans released a stunning report laying out the details of students making unprecedented gains in the re-invented school district made possible by the devastation of Hurricane Katrina.
No reports appeared in The Washington Post, New York Times, Wall Street Journal or USA Today. Also nothing from the networks. The New Orleans Times Picayune covered it, as did a blogger from the trade publication Education Week. The Seventy Four did a piece debunking the report’s critics, point-by-point, a few days later.
That was about it.
Perhaps there’s a simple explanation for this. After all, it was a hot, lazy Monday in August, with lots of reporters on vacation. What few reporters were around probably attended the TNTP press conference in Washington, D.C. Tuesday morning to hear about a report on dubious teacher professional development (That’s where I was).
One plausible explanation was offered by education reporter Greg Toppo from USA Today: “My sense is that news organizations are probably saving their powder for the week of the Katrina 10th anniversary (starts Aug. 29).” 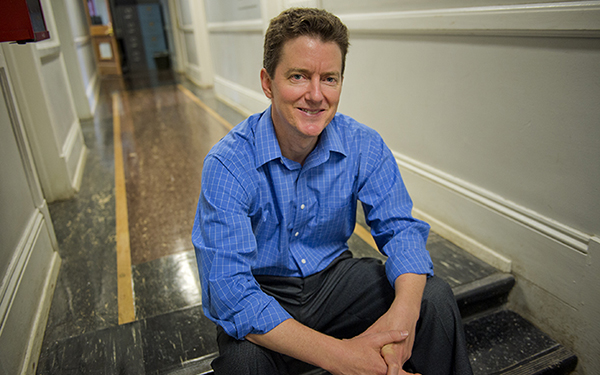 Report author Douglas Harris agrees: “I think all these (media) places are trying to figure out what their Katrina coverage will be.”