Opinion: In Missouri, a Fight to Override a Governor’s Veto — and to Rescue Poor Kids from Failing Schools

Missouri’s debt to its African American citizens goes back generations. As described in the book “Empire of Cotton,” centuries of slavery and servitude built the foundation for the state’s modern-day wealth. Individual state officials engaged in deadly violence against black leaders well into the 1960s. More recently, coverage of events in Ferguson underscored how African Americans in Missouri are much more likely to be persecuted and poor. Each generation, Missouri extended this history of abuse to children via bad schools in black neighborhoods. While prosperous families purchased homes near good schools, literally buying access to better classrooms, poverty and residential segregation compelled African American citizens to send their children to failing schools.
For these children, glimmers of hope emerged as African American parents became a key voting block in Missouri’s political landscape. In 1993, comprehensive school legislation included two crucial paragraphs allowing students in schools deemed by the state to be inadequate to transfer to better schools. (Read The Seventy Four’s recent coverage of Ferguson, Normandy High School, and the state’s ongoing fight over school choice) In theory, low-income African American children finally had a legal right to attend better schools.
But in a sickening echo of Missouri’s racist history, certain wealthy and politically powerful people had a personal interest in fighting against this freedom for African Americans. These politically powerful people are not teachers or principals; rather, they are the leaders of the unions that claim to represent them.  As I have documented elsewhere, barely 20% of teachers even bother to vote in union elections, but that electorate is dominated by the teachers who feel threatened by reforms such as school choice.  Put simply, failing schools employ people who will ultimately lose their jobs if the kids all leave. Those employees therefore vote in their union elections, because their jobs depend on it.
As a result, the union leaders who emerge from this skewed electoral process fight school choice tooth and nail – and they have mountains of financial resources to aid their campaign.  Unlike private sector unions, the Missouri unions for teachers and administrators have organized high-status, white-collar professionals with incomes and voting rates far above statewide averages. Consequently, these union lobbyists are among the most powerful in Jefferson City.
The school choice provisions passed in 1993 thus triggered a fight between low-income children with very limited political power, pitted against a few highly motivated public employees with disproportionate political power.  From day one, public school bureaucrats attacked the school choice provisions in court. Only after two decades of litigation did the state Supreme Court confirm the law’s constitutionality. Upon the court’s ruling in 2013, over 2,600 children applied to leave their failing schools. Unfortunately, the brief text of the original 1993 act created few real options for those students, so most returned yet again to their failing neighborhood school.
By that time, however, surging engagement by Missouri’s African American voters gave new weight to the needs of disadvantaged families and their children. With nearly 12% of the state’s population, and turnout rates above those of white voters in 2008 and 2012, African Americans were a core part of the Democratic coalition in the state. Democrats therefore had motivation to work across party lines with Republicans to expand and update the 1993 choice provisions. In the 2014 legislative session, with strong backing from African American legislators, a bipartisan, 28-3 majority in the Missouri Senate passed legislation that would substantially expand options for children in failing schools.
It was at this point that Democratic Gov. Jay Nixon sold out his state’s African American children. From inauguration onwards, Nixon had repeatedly alienated the African American community, but Nixon’s defenders could plead that his missteps on Ferguson and school busing were merely incompetent rather than venal.  That defense ended in the 2014 session, when Nixon’s moves were clearly premeditated.   Just as the 2014 bill was moving through the Missouri legislature, Nixon stated his opposition to the voucher provisions in the bill that would subsidize the attendance of poor students at private schools. Although African American state senators urged the governor to reconsider, the term “vouchers” was anathema for the powerful state education bureaucrats, and Nixon vetoed the bill.
In an effort to appease the teachers unions and find common ground with the governor, Democrats and Republicans stripped away the possibility of vouchers for private schools. African American state Sen. Maria Chappelle-Nadal received assurances from the governor that with the vouchers gone, he would sign the bill into law. Based on that assurance, Democrats and Republicans in 2015 passed another package of reforms.  This package, referred to as House Bill 42, would expand high-performing charter schools, as well as give parents more information about their children’s schools. The legislation passed by large, bipartisan majorities.
In violation of his prior promise, however, Nixon once again exercised a veto. Even without private vouchers, charter expansion was too much for Nixon’s backers in the education bureaucracy.  Chappelle-Nadal wrote that Nixon’s political move served to “inform another generation of Black children that he does not care about their education.” For his part, Nixon issued a self-congratulatory press release that exclusively quoted education bureaucracy lobbyists praising his decision.
Nixon’s craven actions represent the worst of the Democratic Party, harkening back to its century-ago roots as the party that put the financial priorities of powerful constituents above freedom for African Americans. Nixon has dealt yet another affront to the African American citizens who have given generations of their lives to Missouri, with little in return.
Fortunately, this story is not yet over. Over the next week, legislators will consider whether to override the governor’s veto.  Given the bipartisan majorities for the original bill, and the importance of African American voters to Missouri’s political balance, the override has a shot. Both the party of Lincoln as well as the party of the 1964 Civil Rights Act should compete for African American votes and ignore the money being spent to defend bad schools.  This is the very least that Missouri can do in light of what the state owes its African American citizens. 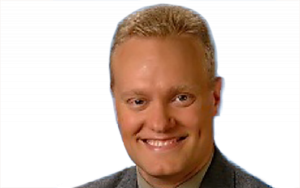