Lewis: If the U.S. Wants to Protect Itself Against Cyber Warfare, It Must Invest Big in K-12 Computer Science 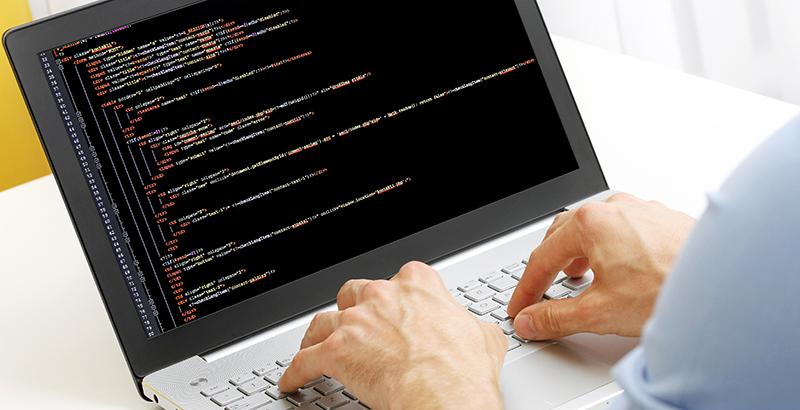 A yearly rite of passage for state lawmakers across the United States is creating an annual budget, and as sure as the sun will rise and set, there will be debate about K-12 expenditures. Go to any state capitol building and you will hear arguments over whether the state is spending too much or too little to properly educate its public school students.

The issue is complicated, and policymakers on both sides of the aisle have compelling arguments to bolster their position. Budget hawks correctly state that you cannot spend what you do not have. At the same time, policymakers who represent economically disadvantaged constituencies, far too often rural or minority communities, correctly identify fewer education dollars at the local level and the need for wraparound services as reasons to increase state spending on K-12 education.

It is time we reprioritized how we think about education — not in terms of federal, state, or local expenditures, but in terms of the quality of education our citizens receive as an investment in our nation’s defense. For a well-resourced country like the United States to be undereducated and underskilled in today’s world not only is economically and socially reprehensible, it undermines current and future national security.

Pulitzer Prize–winning author and columnist Thomas Friedman notes that “more people in more places can now compete, connect, and collaborate with equal power and equal tools than ever before.” The United States isn’t regressing in our world standing, but other nations are closing the gap due to the rapid evolution of technology. The technological advances of the computer age in the past 20-plus years have been the foundation for the world to connect both positively — through growth in e-commerce — and negatively, with increased cyber warfare across the globe. No other advancement in human history has leveled the playing field for both constructive and devastating effects at the same time across all spectra of humanity.

In 2012, a Council on Foreign Relations–sponsored Independent Task Force report on U.S. Education Reform and National Security, chaired by former secretary of state Condoleezza Rice and former New York City Schools chancellor Joel Klein, stated, “Educational failure puts the United States’ future economic prosperity, global position, and physical safety at risk.” The country “will not be able to keep pace — much less lead — globally unless it moves to fix the problems it has allowed to fester for too long.”

The National Academies of Sciences, Engineering, and Medicine’s 2008 report Rising Above the Gathering Storm: Energizing and Employing America for a Brighter Economic Future noted, “In a world where advanced knowledge is widespread and low-cost labor is readily available, U.S. advantages in the marketplace and in science and technology have begun to erode. A comprehensive and coordinated federal effort is urgently needed to bolster U.S. competitiveness and pre-eminence in these areas.”

A decade later, the United States has done little to address this ominous set of circumstances while other nations are advancing to compete with our nation both economically and militarily.

Consider: In 1998, of the world’s top 20 countries for military spending, only three had 20 percent or more of their citizens using the internet: the United States, Australia, and Canada. Both China and Russia were below 1 percent, and the average for the 20 countries was below 10 percent. In the 20 years since, over 50 percent of China’s 1.4 billion citizens have become internet users, and Russia, by percentage, is on par with the United States. The average internet usage by the 20 countries is now 73 percent.

If we have learned anything in the past couple of years, it is that the greatest threats to our national security are the silent cyber wars being conducted by nations and individuals around the globe. The protection of our nation, today and in the years to come, depends upon our ability to provide a rigorous, high-quality, advanced education for K-12 students, with an emphasis on computer science.

Maj. Gen. John F. Wharton with U.S. Army Research, Development and Engineering Command notes in the May/June 2015 issue of Army Technology magazine, an unofficial publication available to members of the Department of Defense and the general public, “The Army has global responsibilities that require technological advantages to prevail decisively in combat.”

“Technological advantages” in business, industry, and the military can and will happen only with a highly educated citizenry skilled in the various fields of computer science. Other nations are making such investments that are paying off today and will pay off many times over in the years to come.

China and Russia, our two biggest geopolitical rivals, are two of our biggest economic competitors as well.

In the years since Mao Zedong’s death, China has cultivated and marketed affordable labor and the ability to expand manufacturing to lure many of the world’s top companies, especially in tech industries. At the same time, as noted in a 2013 internal Deloitte report, Reflections on Education and Technological Development in China, Beijing is investing heavily in technology-based curriculum at secondary and post-secondary levels and emphasizing “the role of information technology in education over the next decade,” encouraging “the construction of an educational cloud network, the fostering of IT talent, and the implementation of IT systems that support the education industry.”

Like China, Russia has invested deeply in tech-heavy industries and related education advancements over the past few decades. Russia has been an innovator in nuclear energy, medicine, chemical, and machine technology — and, as we in the United States are so very well aware, has produced some of the most talented hackers in the world.

But while computer science drives innovation around the globe, it remains marginalized throughout K-12 education in the U.S. Though there are more than 500,000 computing jobs open across our nation, only 15 states have created computer science standards. From both an economic and a national defense perspective, this is unacceptable and must be addressed immediately.

The government must re-evaluate these priorities if we are to address both education and national defense through a common set of objectives. Providing financial incentives such as block grants, for example, would encourage those states adopting and implementing computer science standards. Block grants would invest in terms of education and lessen the burden on state and local governments, while not directly infringing upon state or local control of education standards.

Recognizing the importance of computer science as related to national defense as well, by reapportioning 1 percent of total Federal Discretionary Spending ($12 billion, a 20 percent increase over the proposed FY19 appropriation for education) to adopt computer science standards and the associated costs would be a giant step forward. This would help ensure our safety as a nation, prevent the financial burden from being placed directly upon local and state governments, and prepare our future workers for a world where “more people in more places can now compete, connect, and collaborate with equal power and equal tools than ever before,” as Friedman said.

Given how fast our world is changing due to the advancement of technology globally, the time for some reimagining of how we prioritize national K-12 education spending as relates to national defense is now.

Andrew Lewis is a national education and political consultant and the former executive vice president of the Georgia Charter Schools Association.

Andrew Lewis is a national education and political consultant and the former longtime executive vice president of the Georgia Charter Schools Association.