Opinion: ‘Elected’ School Boards and the Dangerous Illusion of Democracy 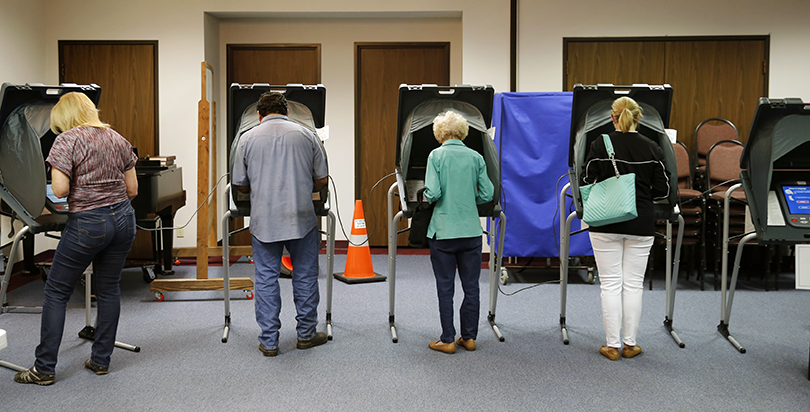 William Phillis, the director of a lobbying group for Ohio’s school systems, recently stated in his daily email blast: “Our public school district is operated in accordance with federal, state and local regulations by citizens elected by the community….Traditional public schools epitomize the way democracy should work.” The email then went on to criticize charters for having self-appointed governing boards.
Setting aside charter boards for a moment, let’s consider the statement: Traditional public schools epitomize the way democracy should work. To quote tennis legend John McEnroe, “You can’t be serious.”
As observers of American politics would quickly point out, elections at any level of government aren’t perfect. One common concern in representative democracy is electoral participation. Approximately 40–50 percent of the electorate actually votes in midterm congressional races, and roughly 60 percent vote in presidential elections.
With only half of adults voting in some of these races, many have expressed concerns about the vibrancy of American citizenship.
But in comparison to school board races, national elections are veritable models of participatory democracy. In the fall of 2013, I calculated turnout rates in Franklin County, Ohio school board races: Most turned out a measly percentage of registered voters — often less than 20 percent. (These rates would have skewed even lower had the entire voting-age population been used instead of registered voters.) Interestingly, during that cycle, Columbus citizens were not only electing school board members, but also deciding on a massive tax hike. And yet still, even with these seemingly critical matters on the ballot, only 19 percent of the electorate bothered to vote. Our friends at KidsOhio.org have noted the ongoing dismal turnout in Columbus, reporting in a policy brief that just 6 percent of adults voted in the spring 2015 school board primaries.
Paul Beck, a political science professor at Ohio State University, explained such low turnout rates, telling the Columbus Dispatch, “Voters are not really motivated to vote in these low-visibility contests.” Weak motivation is almost certainly a spot-on assessment. But further dampening public participation is the fact that in Ohio, school board elections are held “off cycle” — in non-congressional election years — when average voters aren’t paying attention to elections. Without the draw of high-profile candidates on the ballot, only the most attuned voters (or the most self-interested ones) participate in local school races.
Why don’t our champions of democracy, including the likes of Mr. Phillis, rush in to decry the woeful participation in school board elections? At the very least, why aren’t they clamoring to move school elections on cycle to ensure that more citizens’ voices are heard? The answer boils down to stone-cold self-interest.
You see, low-turnout elections protect interest groups deeply entrenched in the public education system. Research by Stanford’s Terry Moe demonstrates that low turnout provides an opening for special interest groups — most prominently labor unions — to capture school boards. When studying California board races, Moe observes that district employees — those with an occupational self-interest in the elections — tend to vote at higher rates than average citizens. Depending on the district, school employees were 2 to 7 times more likely to vote than the ordinary citizen. Unsurprisingly, voting rates were especially high when district employees both lived and worked in the same district. In conclusion, he writes, “Low turnout gives the unions an opportunity to mobilize support and tip the scale toward candidates they favor.”
Capturing school boards is an important goal for unions, as they will ultimately negotiate a labor agreement with the board. Given a union-friendly board, unions should be able to win managerial concessions during collective bargaining. These could include higher salaries and favorable benefits, or job protections such as rules around employee transfers, reductions-in-force, dismissal, class sizes, and grievance procedures. The various rules specified in these labor agreements (sometimes running hundreds of pages) stifle school leaders who aspire to organize their schools differently — and potentially in ways that better serve the interests of students, parents, and taxpayers.
Advocates of elected boards may claim that self-appointed charter boards are much worse. They’ll say that non-elected boards could have an overly cozy relationship with school management. To be sure, that’s a legitimate issue, and it shouldn’t be tolerated. Recently enacted House Bill 2 in Ohio weakens conflicts of interest like this (for more, see here). It is worth pointing out, however, that some of our most highly respected civic institutions have non-elected boards: One could easily name any number of responsible organizations that have excelled without elected boards (the Cleveland Clinic, the Columbus Museum of Art, and the United Way to name just a few).
Whether a school has an elected or self-appointed board isn’t the decisive factor in organizational success. A few districts may indeed thrive on public engagement via popular elections. But low participation, local politics, and the union influence shipwreck many more elected school boards. At the same time, some charter schools have smart, hard-working boards (though others do not). When it comes to school boards, what matters most is the character of those who serve — not how they were selected.
Submit a Letter to the Editor
March 2, 2016 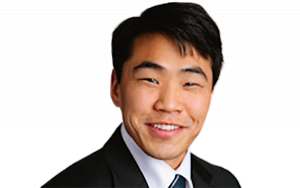 Aaron Churchill is Ohio research director for the Thomas B. Fordham Institute, one of the nation’s leading conservative education policy think tanks.