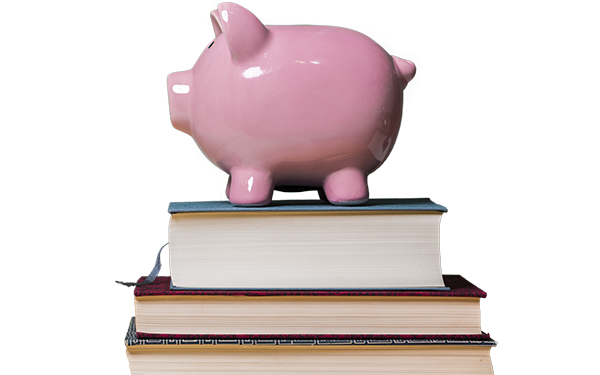 Over the next few weeks, America should reach an important new milestone.
Thanks to a lot of hard work by educators everywhere, high school graduation rates have inched up 1 percentage point every year since 2011, hitting a record 82 percent last year. That is a trend with huge implications for the U.S. economy: Another 1-point gain by the Class of 2016 likely will add approximately $742 million to the gross domestic product by the midpoint of those graduates’ careers, according to the Alliance for Excellent Education.
We call that the “graduation dividend,” and we believe it is valuable enough to merit a long-term investment strategy.
Fortunately, the U.S. Congress laid out such a strategy last year in the Every Student Succeeds Act (ESSA), the massive education bill that replaced the No Child Left Behind Act. ESSA recognizes that low-income families face graduation obstacles that go far beyond the classroom. From food and clothing to mentors and enrichment programs, students in poverty lack a host of resources that are critical to success in school. Small wonder, then, that children from the poorest families are five times more likely to drop out of school than children from the wealthiest families, missing out on the one credential they most need to escape the cycle of poverty and live the American Dream.
(More on ESSA: The Obama administration goes head-to-head with Congress over ESSA regulations)
One way in which ESSA seeks to close this persistent achievement gap is by allowing districts to target existing federal funds toward programs that serve students from low-income families, students of color, English learners, and students with disabilities to ensure that all students have access to a rigorous and well-rounded education.
These programs have long struggled for funding despite an extensive record of success. For instance, take “integrated student supports,” an approach that puts a full time social worker inside the schools to coordinate community resources on behalf of struggling students. Serving 1.5 million students in twenty-six states, Communities In Schools has used this model for almost forty years to achieve a graduation rate of 93 percent.
ESSA gives states and school districts unprecedented latitude in deciding how to apply federal funds for maximum impact at the local level. This is a good thing, certainly, but it also presents a whole new challenge for decision makers faced for the first time with hundreds of programmatic options. It is also important to remember that while options are ample, federal funding is not, so districts need to be thoughtful about which programs they choose to fund.
In such an environment, data is everything. ESSA specifically calls for “evidence-based” interventions, and education leaders will need to study the numbers before deciding which programs to adopt. This is no time to gamble; the nation’s most-at-risk students deserve only the most trusted solutions. Or to put it another way, if we want to increase the graduation dividend, we need to be investors and not speculators.
And it is not just programs that need good data. Some school districts have long tried to cover their shortcomings by hiding the poor performance of certain subgroups of students within the overall performance of a school. For ESSA to work best, transparency is key. Decisionmakers need to know exactly which schools and which students are struggling in order to match them with the appropriate resources.
That is why states must commit to using the adjusted cohort graduation rate, the best measure for how many students are graduating from high school on time. This is also why the U.S. Department of Education should quickly use the full authority Congress gave it under the new law to issue regulations that uphold the principles of equity and excellence. This authority includes ensuring that states target intervention and support to schools with consistently underperforming students, such as those schools where student subgroups have low graduation rates.
By emphasizing the right graduation measurement and breaking out rates for traditionally underserved students, states and school districts can identify where to focus limited federal funds while also helping students who need the most support.
So congratulations to the Class of 2016. The nation is stronger and wealthier because of you, and we are not done yet. Your diploma creates more dollars for you and accelerates the country’s economic growth. With ESSA, Washington, DC, has laid out an investment strategy; now it is up to state and school district leaders to unlock maximum value from the new law and ensure that all students have equal access to education opportunities they need to succeed.
Submit a Letter to the Editor
May 31, 2016

Bob Wise is president of the Alliance for Excellent Education and the former governor of West Virginia.

Daniel Cardinali is President and CEO of Communities In Schools.