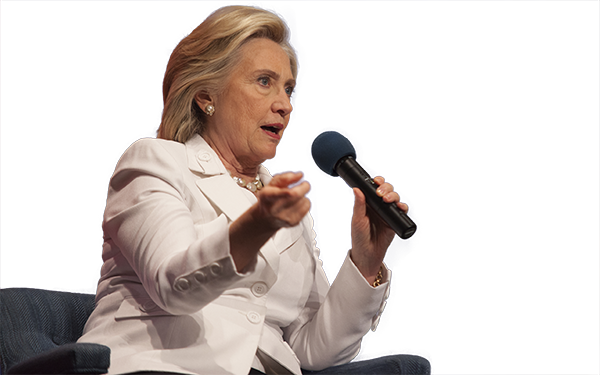 No one knows how Hillary Clinton will govern on education; the American Federation of Teachers is endorsing her anyway.
The AFT, the country’s second-largest teachers’ union, endorsed Clinton for president this weekend. That Clinton supports charter schools and voted for No Child Left Behind (NCLB) – positions anathema to the AFT – goes to show the diminished relevance teachers’ unions now have within the Democratic Party. (Read more about the endorsement and the ensuing online backlash)
The past seven years have been a disaster for the country’s teachers’ unions after the man they endorsed for president in back-to-back general elections preceded to implement policy after policy – from test-based teacher evaluation to charter school expansion – that the unions abhor. Unfortunately for them, they had virtually zero leverage because the alternative to President Obama, a Republican, was much worse.
The AFT then has one strategy in the upcoming presidential election: Hope. Nobody – not unions, not reformers – knows or can confidently predict how a President Hillary Clinton would govern on education. But the AFT is endorsing her anyway.
They can point to her recent candidate survey hopefully. Though she voted for it, Clinton now says the “promise” of NCLB “was largely broken,” acknowledges concerns about over-testing, and all-but-endorses the Senate rewrite of NCLB, which scales back federal accountability provisions.
On choice, she reiterates her longstanding opposition to school vouchers and says that charters “should be held to the same standards, and to the same level of accountability and transparency to which traditional public schools are held.” She adds that failing charters should be closed. (Most charter school supporters would agree with much or all of this.)
In the 2008 election, Clinton garnered the AFT endorsement and distinguished herself from Obama with her opposition to individual performance pay for teachers. (She said at the time that she supports school-based performance pay, to which unions have traditionally been more amenable.) Notably, though, candidate Obama complained about testing to the National Education Association in 2007 – but nevertheless proceeded as president to incentivize states to evaluate teachers based, in part, on student test scores.
In other words, campaign rhetoric is one thing. Governing is quite another.
Submit a Letter to the Editor
July 23, 2015