A report released earlier this month reignited debate over the Common Core State Standards — a debate most states have already turned the page on. Among the results of the ACT National Curriculum Survey, a poll of teachers and business leaders conducted every few years, was the finding that fewer college instructors believe incoming students are well prepared for postsecondary coursework.

Critics instantly trumpeted the point as evidence there must be deficiencies with the standards. After all, the Common Core promised to help better prepare more students for college and the workforce. It must be, opponents argued, that if fewer students were stepping onto campus ready to tackle college-level work, the standards had failed.

However, not only is that interpretation wrong in its conclusion, it misses a critical message in the data.

For educators, the ACT survey is a clear indicator that teachers continue to lack adequate professional development to effectively teach to these new learning goals. That’s not an indictment of the Common Core or the teaching profession. It should serve as a wake-up call for state leaders, who must improve the support systems for teachers, empowering them to adjust to the challenges of helping students reach a higher bar.

(Related: 20 things to know about the Common Core)

A look back reinforces that reading. In 2012, when the last National Curriculum Survey was released, about one in four K-12 teachers were unfamiliar with the Common Core. Even among those who had a working knowledge of the standards, two-thirds said they did not expect they would need to make significant changes to their instruction. Such admissions should have raised red flags for school administrators then.

The Common Core State Standards’ emphasis on conceptual understanding marked a huge departure from the old “mile-wide, inch-deep” way of teaching. Of course such a big shift would require teachers to modify their instruction. And those kinds of changes are only effectively achieved through proper support and training.

Sadly, many educators never received the resources they needed to make those adjustments. In some cases, they continue to teach as they had before. A full 85 percent of elementary school teachers still teach math topics not aligned to the Common Core, according to the latest ACT study. About 40 percent of teachers have only slightly changed their instruction, a rate even higher among high school teachers.

That’s not the fault of teachers. They simply haven’t received the scaffolding to accommodate such a significant course correction. Only two-thirds of school districts provided professional development opportunities to all their teachers, according to a nationwide study in late 2014. And fewer than two-thirds of teachers believed the services they did receive reflect their needs, a RAND Corporation study this year found.

In fact, the success the Common Core has had is even more remarkable in light of the insufficient professional development, and teachers deserve a great deal of credit for supporting one another. In a full two-thirds of school districts, teachers are developing curricula and lesson plans aligned to the Common Core, and more teachers are collaborating to deploy those products, according to 2014 research.

By the same token, it’s wrong to suggest teachers have soured on the Common Core.

Nearly three in four educators report they have embraced the Common Core, a Harvard study this year notes, and 69 percent of principals believe the standards will improve learning. While some surveys indicate fewer teachers hold a positive view of the Common Core, it’s not hard to see why they may be skeptical given the lack of support they’ve received.

As longtime educators, we’ve experienced the potential of the Standards firsthand. These guidelines are a step in the right direction. Built on evidence of the skills students need to be successful, they provide a blueprint for educators to tailor instruction to their students’ needs and to help them develop critical thinking skills colleges and employers expect.

Recently, while joking with one of our students, there was some wildly outlandish claim made and the student responded: “I’m going to need to see the supporting documentation to prove that point.” That is the kind of independent thinking we should be encouraging in our kids — precisely the kind of thinking that is emphasized by the Common Core.

Six years ago most states began the difficult work of raising their classroom expectations through the Common Core State Standards. Policymakers should not renege on the commitment that work entails.

Instead, they should use this moment to redouble their efforts, beginning by improving professional supports provided to those on the front lines.

Kristie Martorelli and Beth Maloney were State Teachers of the Year in Arizona (2012 and 2014) and Tara Dale was an Ambassador in Excellence (2014) in Arizona.

Kristie Martorelli was the 2012 Arizona Teacher of the Year 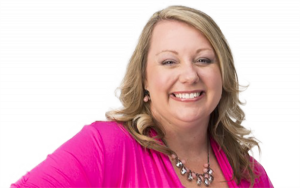 Beth Maloney was the 2014 Arizona Teacher of the Year 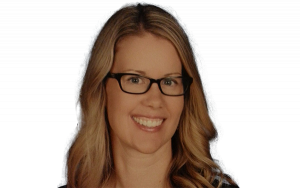 Tara Dale was a 2014 Ambassador in Excellence in Arizona 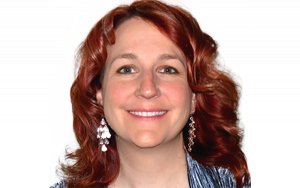