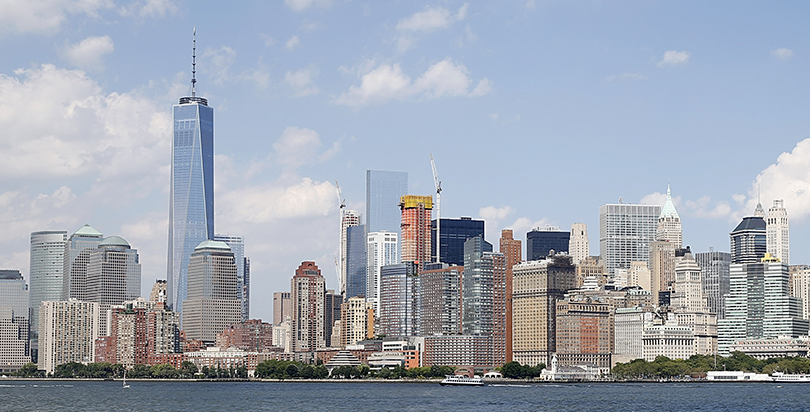 Last week, I was one of hundreds of New York City parents rallying outside City Hall to demand answers about teacher quality — and the city’s “Absent Teacher Reserve.” As public school parents, citizens and taxpayers, we deserve to have our voices heard when it comes to the future of our children.
But instead of listening to me, or the voices of the other parents who came out that day, Mayor Bill de Blasio blew right past. He didn’t stop and listen; didn’t even break his stride. His dismissive reaction speaks volumes about how much he really cares about what real people think about the state of our public schools.
I live in Jamaica, Queens, and am very active in my grandkids’ education. I think they deserve to be taught by great teachers, just like kids in other neighborhoods. Countless studies show that the most important factor in a child’s education is the quality of teaching. That’s why I’m so concerned about the quality of teachers in our city’s classrooms – and that’s why we must protect our kids from ineffective teachers.
If the mayor had paused even a moment to talk to us last week, he would know why public school parents across the city are angry, frustrated and fed up: Low-income neighborhoods are not getting the quality of teachers we deserve. We see it when we go to schools; hear about it from our kids when they come home at night. That’s why we are asking the city to share basic information about what our elected officials are doing to ensure that our kids are taught by effective teachers.
But instead of transparency, City Hall has been stonewalling our efforts. This is not the way government is supposed to work. This is unacceptable. Please, Mayor de Blasio, be honest about the teachers in our school system. Come clean on the truth behind the ATR teacher reserve. Stop ignoring legitimate concerns.
If you don’t know, the “Absent Teacher Reserve” is a big deal in communities like Jamaica, because it has an enormous impact on the quality of teaching in our schools. This ATR pool is a label the city uses, for the more than 1,000 teachers who are not assigned to a school. Some of these teachers lost positions because their school lost enrollment, but most of the teachers who stay in the ATR pool for an extended periods of time have made it there because they’re ineffective and pushed out of schools. They stick around, for months on end, either because they are happy to simply collect a paycheck without looking for a new job, or can’t get one because no principal will hire them. Kids in low-income neighborhoods are far more likely than their wealthier peers to be taught by these kinds of ineffective teachers.
They move from the ATR pool to schools in my neighborhood. How would that make you feel?
As a taxpayer, I am also offended that the city spends over $100 million each year on salaries for teachers who are not teaching. It’s a complete waste of money. What’s worse, however, is the way Mayor de Blasio is trying to fix this problem. Using my tax dollars to pay people not to teach is bad enough; even worse is having ineffective teachers teach our kids.
Unwanted, ineffective teachers aren’t going to find spots in high-performing schools in wealthy neighborhoods – they’re going to be sent to our neighborhoods, to teach our children, because City Hall thinks we won’t be able to tell the difference.
Two years ago, the mayor promised to shrink the ATR pool without placing unwanted, ineffective teachers in schools against the will of principals. Two years later, he refuses to release any information that proves he followed through on that promise.
It’s time for the city’s public school system to do right by our children, and to start standing up for their interests over the special interests. It’s time for Mayor de Blasio to come clean about the ATR and tell us where he’s placing these unwanted teachers. If the mayor had cared enough to stop and talk to us, he would have heard loud and clear our simple request: Our kids deserve better than this.
Au Hogan is a New York City public school parent and grandparent from Jamaica, Queens.
Submit a Letter to the Editor
June 19, 2016