Fewer Than 1 in 3 Americans Support Kids Opting out of Tests; About Half Confused on What ‘Opt Out’ Means 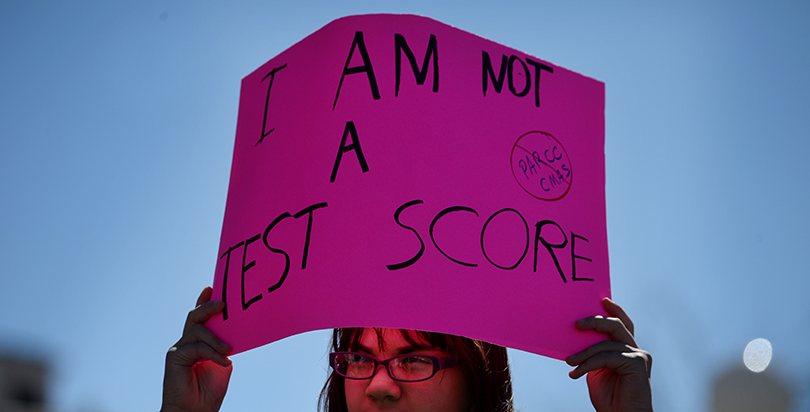 A majority of Americans are familiar with the opt-out movement — parents withdrawing their children from standardized tests — and nearly half of them oppose the practice, according to a new survey from Columbia University’s Teachers College. But even among the one-third who support opting out, many have misconceptions about the true goals behind it.

The movement, which gained national attention in 2015, first cropped up in New York as teachers and parents objected to what some saw as an increased emphasis on standardized testing and a reliance on exam scores in teacher evaluations. In 2016, 22 percent of grades 3–8 students didn’t take New York State’s standardized English and math exams, and resistance has spread across the country: from Baltimore to Albuquerque to Seattle, entire classes have walked out of schools to protest standardized testing.

Two-thirds of respondents to the survey said they had heard about the movement, and more than half said they understood its goals. However, 45 percent said they thought a top priority behind the opt-out movement was opposition to the Common Core, up from one-quarter in a similar study in 2016. In fact, the top concern activists list is opposition to standardized test performance being used for teacher evaluations.

This survey was also designed to test how politicized wording around the opt-out movement might affect respondents’ answers, especially compared with other national surveys that have used more neutral wording. The survey divided respondents into three distinct groups to test three different phrases: “excusing,” “opting out,” and “boycotting” standardized tests. However, the results found only a modest impact on support.

“When we use the term ‘boycott,’ we are bringing back a meaning of the politics or the ethical concerns that activists have,” said researcher Oren Pizmony-Levy, assistant professor of international and comparative education studies at Teachers College. “That’s why the public is saying, ‘Oh, they’re not only just keeping the kids at home. They’re doing it for a political or ethical purpose.’”

This theory is backed up by a 2016 Education Next poll that found a quarter of respondents favored the opt-out movement when survey language gauged support for “letting parents decide.” But a 2016 Phi Delta Kappa/Gallup poll found 37 percent of respondents supported “allowing parents to excuse their child” — politically neutral language.

Responses remained consistent across race and socioeconomic backgrounds, but they did differ by gender. About 34 percent of women supported the opt-out movement, as compared with 29 percent of men.

This survey allowed respondents to state why they opposed or supported the opt-out movement. Answers usually hinged on the value people saw in standardized tests and which players in the education system — schools or parents — they think have the most expertise.

“I don’t believe that one test can measure a student’s learning,” wrote one respondent, identified as a 51-year-old American Indian/Alaskan Native female parent in Alabama. “The test may be biased toward certain races or genders. Also, some children have [test] anxiety and just do not test well. The student could also be having a bad day and not test well.”

But others found it “foolish” to opt out:

“I think it is wise to not exclude/opt out your child for standardize[d] testing, I believe it limits them,” wrote a 53-year-old white male parent in New York. “As well I would want to know how well my child does on these tests and not opt out and then later realize they had issues in math or reading.”

Still, many respondents didn’t take a side, and 85 percent said they were ambivalent about whether to support or oppose opting out.

“I don't really support or oppose,” wrote a 27-year-old white female non-parent in Colorado. “I do believe it is their right to make the choice, but I also understand what the point is for doing the tests.”

The nationwide survey was conducted online in English during February and May 2017 of  2,107 Americans age 18 and older. Participants were recruited through Amazon Mechanical Turk and Qualtrics Panels.