In the Shadow of Trump, Education Reformers Gather in D.C. to Talk Unity, Division, How to Help Kids 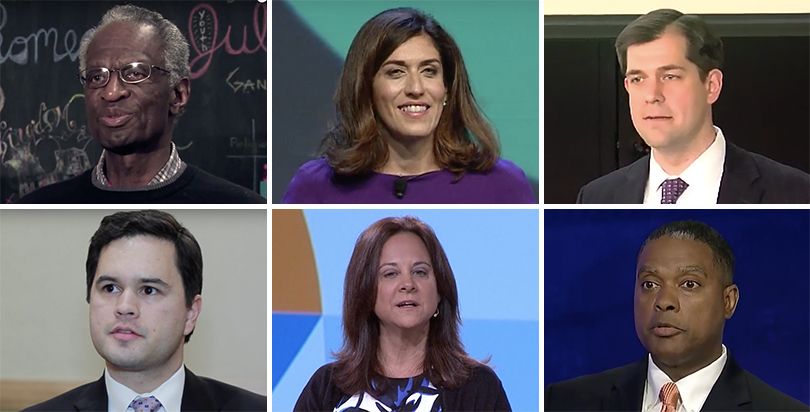 Events of the past year to 18 months — the rise of the Black Lives Matter movement, for instance, or tense national conversations about immigration — have exposed something of a crack in the education reform movement.
On the one side are conservatives, motivated perhaps more by free market libertarian principals, who argue that school reform should spur changes that aid all children. They disagree with decisions by progressive education reformers, driven by the belief that reform is aimed at improving the lives of poor children of color, to focus on social justice issues outside of school reform.
A group of about two dozen leading education reformers gathered at the American Enterprise Institute in Washington Wednesday to discuss those issues privately, then held two panel discussions to hash them in front of more than 100 people. And although his name was never spoken, the rise of President Donald Trump, who has championed school choice but is anathema to liberals and progressives for other reasons, was implicit in the discussion of the fraying coalition and how education reformers can move forward in a productive way.
Full Video — Race, Social Justice and School Reform at AEI:

Robert Pondiscio, senior vice president for external affairs at the Thomas B. Fordham Institute, caused a stir in the education reform world last spring with his column "The Left’s drive to push conservatives out of ed reform." He argued that while non-education-specific issues are important, discussion of classroom concerns should be paramount until education improves.

“At what point does this become fix poverty first?,” he said, referencing the idea advanced by teachers’ unions and others that education can’t be improved until poverty is addressed.
And from a practical perspective, arguing for, say, charter school expansion from a civil rights or social justice lens, also won’t get traction with conservative Republicans who hold most of the country’s state legislatures and governor’s mansions, Pondiscio said.
“I’m curious as to where ed reform became a predominantly race-based initiative, if it is that. Surely there are a lot of kids in the industrial Midwest, et cetera, who are white, who are low income, who are downwardly mobile. Their schools aren’t very good either,” he said.
Elisa Villanueva Beard, CEO of Teach for America, countered that social justice issues, like protecting young children brought to the country illegally through the DACA program, or facing inequities raised by Black Lives Matters, is part and parcel of educating children of color in low-income communities.
(The 74: What John King and Other Education Leaders Who Signed Petition Want Trump to Know About DACA)
“It’s not like we want to talk about this, like this is the agenda…It’s just reality,” she said. “It’s what’s happening in children’s lives every day. There’s no way to divorce yourself from the conversation or the reality of it.”
A second panel focused less on divisions in the education reform movement and more on how to find consensus, including with Trump and Betsy DeVos, his education secretary nominee, who is a staunch school choice advocate but also a free market proponent whose conservative views have sparked some of the intense opposition she’s faced from Democrats.
(The 74: Williams: The Temptation to Compromise With Trump on Schools – and Why It Might Kill Education Reform)
Derrell Bradford, executive director of NYCAN, said there might be some — though certainly not a lot — of policies where ed reformers can find agreement with Trump. Advocates shouldn’t totally dismiss the idea of working with the new administration where possible, even when they’re otherwise in total disagreement, he said.
“It’s a very serious question about how much discomfort you’re willing to have … to make your people free, or to make your point in policy. I don’t know if some of us have had to really live with that in the way that is as pronounced as it is right now, at this moment,” Bradford added.
Much of that discomfort will be at the forefront of political debate in the coming years, said Chris Stewart, director of outreach and external affairs at Education Post. Education reform has long had a blind spot, he said, to issues outside the schoolhouse like poverty and discrimination, to the detriment of unity.
“Education is one of many issues, and poor people have been catching hell, even over this last eight years when we were all compliant and happy with the president we had then…They are staring down some things right now that are deeply concerning,” he said.
Marilyn Rhames, also of Ed Post and the group Teachers Who Pray, called for a diversification in education reform leadership — from teachers to parent leaders to the heads of philanthropic groups — and to make sure that effort gets to the school level.
“If we are going to liberate children of color, then we also have to reflect that mentality to the adults and the people doing the work. As a black woman, I shouldn’t feel oppressed in my environment in the reform movement,” she said. “Are we reproducing my adult experience in the schools, or are we really changing the trajectory of the lives?”
Andy Smarick, a fellow at AEI, wondered, when there is such disagreement both within and outside the ed reform movement, how best to strike a balance between the respect and manners that have largely disappeared from civil discourse in recent years, and the need to sometimes be forceful to accomplish things.
“If we’re constantly telling people to use their inside voices…we’re going to have a pleasant conversation that doesn’t really go anyplace,” he said. “Big things happen when we’re willing to break some eggs”
In the end, Bradford, who's also a regular contributor to The 74, took a longer-term view.
The “pluralism” of education reform is both “necessarily confusing” and “one of the best things about the movement,” he said.
“This too will pass. There’s always a moment where…this is the worst moment ever, we will never get through this moment,” he said. “And then we do.”
Submit a Letter to the Editor
January 25, 2017