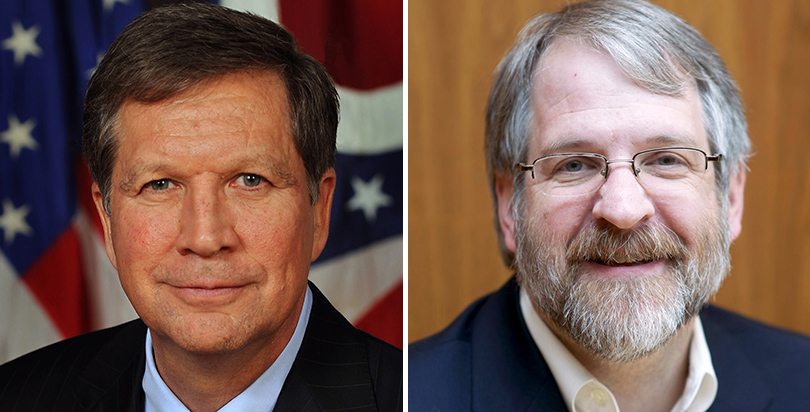 Read our complete coverage of the Every Student Succeeds Act and the efforts now underway in states to rewrite education policies to align with the new federal education law.

When the Ohio Department of Education set out to construct its new education plan under the Every Student Succeeds Act, the process was billed as a fresh start for schools burdened by the strict mandates of No Child Left Behind. The department would solicit maximum public input, using its newly granted autonomy to align statewide accountability measures with the preferences of families and educators.

But when the first draft arrived in January, many of the purported beneficiaries didn’t quite see it that way.

“When you read the notes from [Washington, D.C.], what they wanted from ESSA was to provide flexibility to locals to make the determination of what works for them,” says Jim Lloyd, superintendent of Olmsted Falls School District, outside Cleveland. “What we got was NCLB 2.0.”

Lloyd’s reaction is common among the ESSA plan’s detractors, many of whom see it as a missed opportunity to break with the era of high-stakes testing and accountability. What was meant to be a collaborative campaign to unfetter schools was instead plagued by a revolt among district leaders, scalding media coverage, and a missed spring deadline. The State Board of Education has now approved the plan’s second draft, sending it to Gov. John Kasich’s desk for review, but debate over the underlying conflicts may not die down anytime soon.

“My sense is that there are a fair number of people who will continue working against testing, against accountability,” says Chad Aldis, vice president for Ohio policy and advocacy at the reform-oriented Fordham Institute. “The question will be whether there are enough strong advocates to push back against that. And that’s going to be a political battle.”

‘A dog and pony show’

Nearly a year ago, newly minted state superintendent Paolo DeMaria kicked off the ESSA consultation phase with a promise to “get out there and open the lines of communication.” Through the fall, the department convened 10 regional meetings from Cleveland to Cincinnati, drawing 1,500 attendees. A series of webinars attracted more than 3,000 participants, and some 11,000 people responded to an online survey about their education priorities.

When the department published the results of the survey, they were unambiguous: Alongside the usual requests for more funding and better facilities, respondents made it clear that they were desperate to pare back state and local testing. After having ping-ponged between testing providers during the Common Core controversy, the already-strident dissent against assessments had grown to a furor. In testimony before the state board in November, a department official who had helped administer the survey called the criticisms “remarkably consistent.”

That made it all the more puzzling when the department’s first ESSA draft included no reductions in state assessments, seven of which are not even required under federal law. “Feedback Unheard” read the headline of an editorial in the Toledo Blade calling for a delay in submitting the draft to the state board. “If the feedback is, ‘You’re testing too much,’ and then they do absolutely nothing to reduce testing — well, you can make a pretty good case that they didn’t listen to you,” Aldis says.

Others were more strident in their objections. “They did a comprehensive dog and pony show throughout the state of Ohio and gathered an awful lot of data,” says Lloyd, who has emerged as a prominent voice against the current accountability model. “To me, [the first draft] was a narrative that went away from everything that Ohio’s citizens said they wanted from public education.”

Along with other Cleveland-area superintendents, Lloyd composed a white paper recommending that the department slash testing to federally required minimums, end A–F school report cards, and select a new indicator of school quality to replace the proposed chronic absenteeism rate. Already energized from a fight last fall to change the state’s high school graduation standards, the district leaders soon heard their complaints coming from the mouths of politicians.

“I felt as though the superintendent dropped the ball and the opportunity for Ohio to reset the table,” says state Rep. Teresa Fedor, ranking Democrat on the Ohio House’s Education and Career Readiness Committee. “The process we went through with ESSA, with the surveys and meetings and webinars, was disingenuous when you look at the end product.”

As the March 6 deadline for public comment on the draft approached, she recommended a reprieve to allow for more discussion. Other lawmakers agreed, and DeMaria soon announced that the plan would be sent to the U.S. Department of Education in September, rather than April, as originally planned.

The delay was critical in allowing for more viewpoints to be aired, argues Damon Asbury, director of legislative services for the Ohio School Boards Association. As winter turned to spring, the department regularly huddled with superintendents, teachers unions, and PTAs on questions that went well beyond testing.

“At first we thought the department was headed toward a boilerplate response of submitting what its staff had put together, but I really believe that Dr. DeMaria heard very clearly from constituent groups that they weren’t going to be satisfied with that,” Asbury says. “I think it was a good effort to be as collective as possible.”

Among the issues that generated the most discussion was n-size, a crucial statistic determining the size of student subgroups — Asian, Hispanic, economically disadvantaged, disabled — measured for state accountability purposes. Ohio currently sets the number at 30, meaning schools with 29 or fewer students in any particular group are not judged by that group’s academic performance. In the stakeholder meetings with department staff, Asbury says, a consensus formed around reducing the number to 15.

On other matters, interest groups were disappointed. Chronic absenteeism was kept as a nonacademic school quality indicator, as DeMaria preferred, though Asbury says it’s “not a very robust measure of school climate.” The state’s A–F report cards, decried as deceptive by the superintendents, were retained as well.

But there was no ignoring the groundswell against standardized tests, which made the greatest impact on Ohio’s ESSA plan. Last month, DeMaria recommended eliminating four assessments, and two — social studies exams for fourth- and sixth-graders — have already been cut. Asked to identify progress in the plan since February, Fedor pointed to these reductions. Overall, she graded the plan as a C-minus.

“I’m grateful that the superintendent has included us, and he did listen to a number of people who came forward,” she says. “The public had their voice heard through the legislature.”

The blueprint is now being reviewed by Kasich, who is expected to pass it along to the U.S. Department of Education. There it awaits an uncertain welcome from federal officials whose bracing feedback on Delaware’s state plan could apply equally to aspects of Ohio’s. Aldis says that he believes the agency will be more restrained in its evaluations going forward.

“At the end of the day, Ohio’s plan is ambitious. Does it achieve it all in 10 years? No, but we’ve been at this for a long time, and we’ve never made as much progress as we’re promising to make in this plan,” he says. “If the department wants to fall on that sword, they’re going to be wasting a lot of time with a lot of different states — and if the last couple weeks are any indicator, they’ll bring down the wrath of Congress as well.”

In the meantime, teachers, parents, superintendents, and state officials will continue the sometimes tempestuous discussion around standards, testing, and accountability in Ohio.