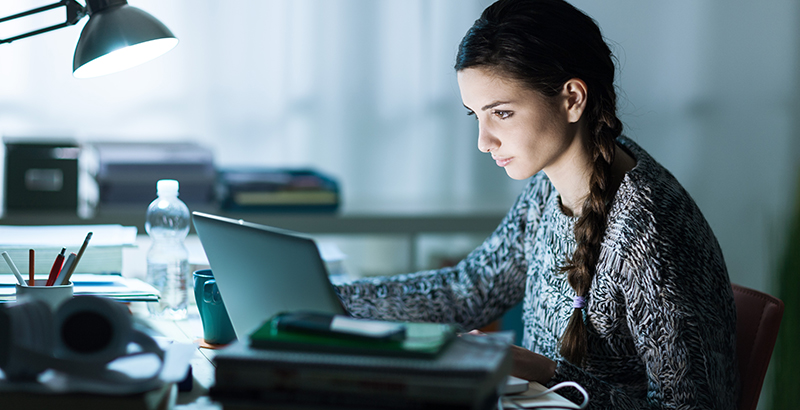 Ohio’s largest online charter school faces an imminent risk of closure due to financial and legal disputes with the state, according to recent court filings. The Electronic Classroom of Tomorrow’s nearly 15,000 students across grades K-12 could be forced to make new arrangements within the next four months if the Ohio Supreme Court upholds the state’s move to force ECOT to repay millions of dollars of revenue granted on the basis of inflated attendance records.

The school’s struggle to keep its doors open commands the attention of the entire state, with families, courts, and politicians weighing in over the past 16 months. But with the ascension of Betsy DeVos — who has invested in online schools and is an ardent supporter of school choice — as the federal education secretary, the story may also become a test of changing public attitudes toward e-schools.

“The attendance monitoring that is causing the litigation facing ECOT, their financial challenges, is something that Ohio does and no one else does as comprehensively,” said Chad Aldis, vice president of Ohio policy and advocacy at the right-leaning Fordham Institute. “If this is going to have an impact around the country, it will be because someone looked at this situation and said, ‘This is a good idea.’ ”

ECOT’s predicament is the result of student attendance audits conducted in the 2015–16 and 2016–17 school years by the Ohio Department of Education. Following a raft of negative press around the school’s academic performance and political dealings, the department found that the school could document consistent attendance for only about 40 percent of its 15,300 students in 2016.

In order to be considered full-time students, ECOT’s customers would have to receive 920 hours of annual instruction. But according to Ohio’s lawyers, most ECOT students — who take classes at home via computer — logged in for only an hour per day. That meant that the school overbilled the state by $60 million that year, the ODE reports. This June, members of the state board of education voted 16–1 to force the school to return the surplus funding.

The school has protested that repaying the full amount would be financially ruinous. Before a county court of appeals, its lawyers argued that the state retroactively changed criteria for e-school enrollment; according to a 2003 contract between ODE and ECOT, the school could bill the state for any student who enrolled and logged in — regardless of how long they spent logged in.

“We knew this process was a sham and ODE’s actions prove it,” school spokesperson Neil Clark told the Cleveland Plain Dealer after the audit. “They have and continue to railroad all e-schools in the state. It is impossible for any e-school to meet the retroactive demands of ODE, which is why no e-school in the state has been able to do so. ODE made arbitrary requirements and then applied them retroactively.”

To make matters worse, following another audit released last month, ECOT was found to have overbilled the state by an additional $19 million.

If the school’s final appeal to the Ohio Supreme Court fails, it will be forced to close, administrators say. Over the summer, school leaders laid off 250 staff members and cut more than $50 million in spending.

Those are ominous signs for parents of ECOT students, many of whom chose the program specifically because their children struggled to succeed in brick-and-mortar schools. In response to widespread dissatisfaction with the sector, annual enrollment growth for online charters was capped by the legislature three years ago. If ECOT closes, the spillover won’t easily be absorbed in other online schools.

“Given the costs of students changing schools, which is probably heightened when that transition happens mid-year, you would love to see students finish the school year,” Aldis said. “You would hate to see the disruption this is likely to cause, but this is where Ohio finds itself.”

Although ECOT’s present crisis has emerged only over the past year, controversy over its practices and academic performance spans years. Observers have taken shots at the school’s on-time graduation rate — just 39 percent in 2014, not even half Ohio’s overall rate of 82 percent — for over a decade. But its finances have been the subject of even greater criticism.

As ECOT’s enrollment has grown nearly fivefold since its founding in 2000, so has the pot of funding it receives from the state. In 2016, the state granted the school a hefty $109 million. Of that sum, $33 million (nearly one-third of its revenue) was directed toward two for-profit entities run by school founder William Lager: ECOT’s charter operator, Altair Learning Management, which received $6.6 million, and IQ Innovations, a software company that provides the school’s curriculum, which received $26.4 million. Another $2.25 million went to fund the lawsuit against Ohio, and $1.5 million was spent on advertising — Clark, the school’s spokesman, saw his retainer fee double — all while hundreds of employees were facing termination.

At the same time, ECOT has made a number of political contributions. Between 2011 and 2015, Lager and his companies gave nearly $1 million to various Ohio politicians, nearly all of them Republicans. After a lull in 2016, donations picked up again this year, with Lager, his companies, and their various staffers giving over $120,000 to both the Ohio Republican Party and several officeholders over the first half of 2017. Among the recipients were Ohio Attorney General Mike DeWine, a charter school advocate now running for governor; state Supreme Court Justice Pat DeWine (Mike DeWine’s son), who will soon be hearing ECOT’s appeal against the state; and State Auditor Dave Yost, running to replace DeWine as attorney general.

Democrats have relished the opportunity to yoke their opponents with ECOT’s troubles. Nan Whaley, Dayton mayor and current gubernatorial Democratic front-runner, who has made education the centerpiece of her campaign, described the enmeshment between public education and the political scene as “straight-up crony capitalism” in a recent appearance.

Dayton Mayor Nan Whaley Wants to Be Ohio’s Next Governor. But Her City’s Schools Might Not Let Her

In the wake of last year’s audit, some of ECOT’s former friendships have gone cold. Deferring to “the best interest of the Ohio Republican Party,” state GOP leaders returned contributions totaling $76,000 this August. Meanwhile, Yost has demanded that the school’s contractors, like Altair and IQ Innovations, reimburse the state in light of the dramatically revised enrollment figures. But rivals say that he should recuse himself from any further investigation of the school, pointing to his appearance at an ECOT graduation and his 2015 decision to grant it an award of distinction in, of all things, record-keeping.

With ECOT’s future in jeopardy, school leaders are preparing for a range of possible future scenarios. Though they hope to prevail before the Ohio Supreme Court and retain full state funding from the last two school years, they are also facing the consequences of years of poor performance as measured on state school report cards. If the Fs keep rolling in, the school could lose its authorizer and face another existential threat.

In a separate bid to ward off closure, ECOT has sought and received initial approval to reclassify itself as a dropout-recovery program. As a school serving “at-risk” students who are typically at least a year behind in their classes, some of its grades from the state could rise immediately from Fs to Cs. This lower bar introduces yet another wrinkle, however: To achieve dropout-recovery status, a school must demonstrate that a majority of its students are between the ages of 16 and 21. As a K-12 school, a substantial number of ECOT’s pupils would not meet that standard.

What that means for its youngest students — and what it means to be a dropout-focused institution that also serves third graders — is still unclear, as is ECOT’s financial future. Whatever the outcome of its efforts to restructure itself amid growing concerns, the school will remain the focus of America’s conversation about online schooling.