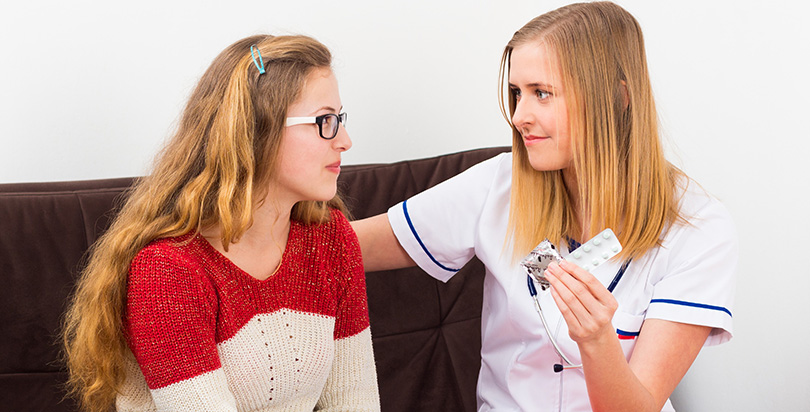 A new study finds that teaching students about sex using abstinence-only programs does not appear to be working in Texas, which has one of the highest teen birth rates in the nation.

About 83 percent of the state’s school districts don’t provide evidence-supported sex education, with 58 percent teaching abstinence-only and 25 percent — up from 2 percent eight years ago — offering nothing at all, according to a report from the Texas Freedom Network.

During the same eight-year span, from 2007–08 to 2015–16, the percentage of districts teaching abstinence-only dropped from 94 percent to 58 percent.

The remaining 17 percent of districts use an abstinence-plus approach that encourages abstaining from sex but teaches contraceptive methods.

The findings were announced last week by TFN, a left-leaning watchdog group that has followed health education in Texas for several years and commissioned the new research.

By coincidence, according to organizers, the press conference announcing the report was held the same day lawmakers at the capitol had hearings on controversial new anti-abortion bills.

Sexual and reproductive health education — particularly the contents of textbooks — has provoked debate among policymakers in Texas for years. David Wiley, a health education professor at Texas State University and the report’s lead author, said the increasing number of districts that don’t offer sex education is tied directly to the legislature’s decision in 2009 to stop requiring health as a graduation requirement. Some districts still offer it as an elective or make it a local requirement for graduation, but many don’t, according to the study.

Texas teen birth rates have decreased over time, reflecting national trends, but the state still has the fifth-highest teen birth rate in the country, with 34.6 births per 1,000 girls ages 15 to 19, according to the National Campaign to Prevent Teen and Unplanned Pregnancy. Nationally, teen pregnancy rates are higher for blacks and Hispanics than for whites.

Wiley and the TFN are pushing to make health a graduation requirement again. They also want the state to adopt new, updated health textbooks to replace the books students currently use, which are more than 10 years old.

“I’m not really sure why we’re so worried about a trained classroom teacher, who is a trusted adult to those students, standing in the front of the room talking about condoms and other forms of birth control,” Wiley said in an interview, “yet these students carry around a computer in their pocket all day and with two clicks of a mouse they can watch the most explicit sexual content imaginable.”

The study found that more districts seem to be taking an abstinence-plus approach to education, which presents abstinence as the preferred behavior but includes medically accurate information about contraception and prevention of sexually transmitted diseases. The percentage of districts with abstinence-plus materials rose from 3.6 percent in 2007–08 to 16.6 percent in 2015–16, the study found. Larger, urban districts were more likely to provide those materials than smaller, rural, and majority-white districts.

State Rep. Mary Gonzalez, a Democrat, would like to push that number higher. A bill she introduced in February would require sex education classes to include age-appropriate, evidence-based, and medically accurate information on topics such as birth control, STDs, and pregnancy.

Researchers also found that most districts provide little if any information for lesbian, gay, bisexual, and transgender students. Fear- and shame-based instruction is common, they said, as is misinformation about abortion.

Data for the study were collected by surveying a representative sample of Texas districts using public record requests during the 2015–16 school year. The report followed a similar study released in 2009.

Although researchers consider some of the changes since 2009 to represent progress toward a more comprehensive, evidence-driven curriculum, there remains a deep-rooted resistance to classroom discussions of sexual health in Texas.

Many parents believe families, not schools, should be responsible for teaching students about the birds and the bees, but Wiley says schools and parents must both be involved.

“Most parents themselves have virtually no sex education whatsoever, and this idea that your mom or dad’s going to sit down with you and discuss the pros and cons” of different forms of contraceptives is unlikely, he said.