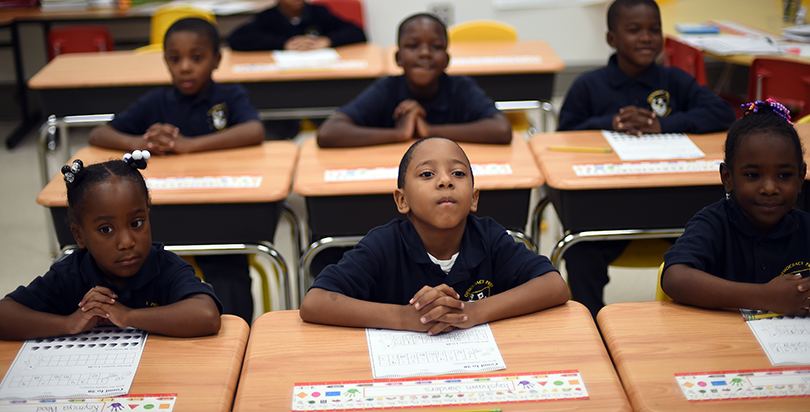 Charter schools have experienced a sharp decrease in support in the past year, according to a new poll, one of the largest changes in opinion that Education Next has seen in 11 years of conducting its annual education policy poll.

“I don’t think we have a definitive explanation at that point,” said Martin West, editor in chief of Education Next and an associate professor at Harvard. “My first instinct, and I think the instinct of a lot of readers, would be to say that the decline reflects the fact that the Trump administration has embraced charters and that that may have created increased polarization on the issue, but I don’t think that can be the entire or even the main story.”

What may be part of the story, West said, is recent scrutiny of charters from other groups: teachers unions, the NAACP call for a charter school moratorium, presidential candidate Hillary Clinton’s critique of charters, the failed effort to lift the charter cap in Massachusetts, and the lawsuit over the legality of charter schools in Washington state.

“The opinions about charter schools that matter most are the opinions of parents and students who have chosen charters schools,” said Nina Rees, president and CEO of the National Alliance for Public Charter Schools, in a statement. “We know that the parents who are demanding more high-quality public school options via charter schools are considerably more satisfied with their schools than are district-school parents — reporting higher levels of satisfaction in fields ranging from teacher quality to character instruction.”

Vouchers and tax credit scholarships, which Secretary of Education Betsy DeVos has supported over her career, saw a decrease in opposition. Tax credit opposition fell from 29 percent to 24 percent, while support remained steady at 54 percent. The survey found that opposition to vouchers decreased from 44 percent to 37 percent when the practice was framed as giving “wider choice” to “all families” instead of that “government funds” would be used for private school tuition. However, respondents were more supportive of the “government funds” phrasing when they were told the money would be used by low-income families.

Public disdain for the Common Core has come to a halt after falling for three years, from 65 percent in 2013 to 42 percent in 2016, the poll found. Now, 41 percent support the standards, while 38 percent oppose them. But a dramatically higher proportion, 61 percent, support similar standards across the states — as long as they aren’t referred to as the Common Core. And this support for shared standards increased from 56 percent last year to 61 percent this year. Teachers’ opinions on Common Core remain evenly split: 45 percent support and 44 percent oppose the standards.

“There have been plenty of examples reported in the media of individual acts of intolerance, but it’s always hard to know the extent to which those types of incidences reflect the views of a small segment of the American public or broader changes in national sentiment,” West said. “It was encouraging to find that, if anything, all of the attention paid to the issue of Muslim immigration and their role in American society has led to higher levels of tolerance than we saw just eight years ago.”

The Education Next data can be completely explored here, with survey questions encompassing digital learning, the role of government in the classrooms, grading schools, and immigration.

The nationally representative survey included 4,200 respondents and was conducted in May and June. The margin of error is plus or minus 1.5 percentage points for answers where opinion is evenly split.