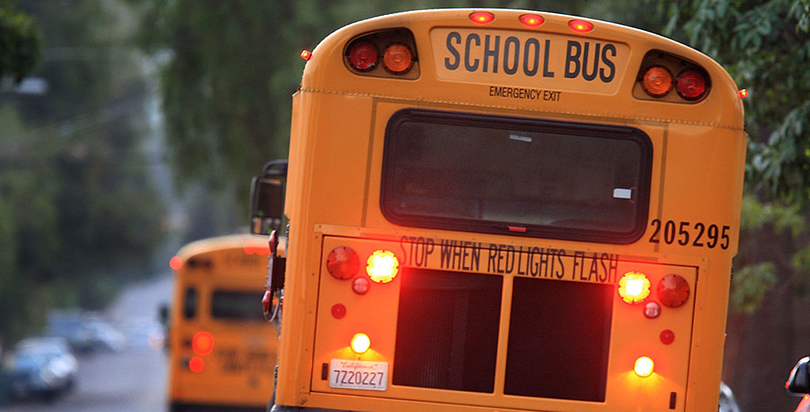 A long line of research teaches that students in poverty can achieve at higher levels when they’re supported with greater education funding. In theory, low-income students should be getting this greater funding in every state. That’s because the federal government provides extra dollars for high-poverty schools and districts through the Title I program and specifies in law that this money must “supplement, not supplant” state and local dollars — that is, states can’t use the federal money to offset what they would otherwise give to high-poverty districts.

Every state receives Title I money. For that money to do its job lifting up low-income students, every state would need to provide its poorer districts with, at the very least, funding equal to what wealthier districts have. Only then could Title I serve as icing on the cake, as intended. In reality, though, a new analysis by EdBuild finds that the highest-poverty school districts in most states have less state and local funding than those serving the fewest students in poverty.

Why isn’t the Title I mandate doing its job? Late last year, the outgoing administration tried to back the “supplement, not supplant” rule with a regulation that would have required districts to spend at least as much per pupil in Title I schools as they do in other schools. But states pushed back hard against the proposed rule, and it was withdrawn, leaving it up to the states to ensure funding equity. As the numbers show, they’re falling short.

Meanwhile, Arizona received almost $330 million in Title I dollars this year, and California got over $1.76 billion. Even more galling, both states received money through the Education Finance Incentive Grant Program, a subset of Title I that is meant to reward states for progressive funding allocations. Much of that money will have to be used to make up the deficits left by state and local underfunding of poor districts, not to give low-income students a boost — exactly the opposite of Congress’s intention.

The road to inequity is paved with good intentions

Many states even fall short of their own policy goals for funding equity. It’s true that in some states, there’s no effort to provide more for low-income students. But in most cases, when a state determines how much funding each district needs, the calculation is increased for children in poverty. For example, in Louisiana, each student generates about $4,000 for her district. But the count of each district’s low-income students is boosted by 22 percent for funding purposes, so a Louisiana district serving all low-income students should have 22 percent more funding than the standard, or a little over $4,800 per student. That’s not how the numbers work out, though: The state’s highest-poverty districts actually have $236 less per student on average than the lowest-poverty districts.

Why does Louisiana, like many states that are trying to provide more for students in poverty, fall short? The state falls prey to a common problem: Its state funding formula allocates more money for high-poverty school systems, but wealthier districts can afford to collect extra money from supplemental property taxes — and there’s no state rule limiting how much they can raise. The bonus taxes paid in those richer districts swamp the money that the state is paying poorer communities, and the result is a lopsided system in which the neediest end up with less.

When states fail to provide

When states fail to achieve equal state and local funding for high- and low-poverty districts, Title I money ceases to be “supplemental.” Instead, it is effectively used to fill the gap, not to give students in poverty the added support that Congress intended. So when all the funding comes together — state, local, and federal dollars — low-income students don’t get the greater resources they need.

To properly provide for students in poverty, states need to think about progressive funding from all sides. Funding formulas must consider the cost of educating low-income students when calculating necessary funding, so high-poverty districts are entitled to more state money. On the local side, states should make sure that richer districts can’t raise so much extra funding that their budgets dwarf those of low-wealth school systems. And when it comes to federal dollars, states have to be responsible stewards of Title I money. Those dollars are meant to give low-income students a boost. It’s the state’s obligation to make sure they get one.

Zahava Stadler is the manager of policy and research at EdBuild.