New Report Makes a Case: Build Your STEM Program Around Diversity and the Students Will Come 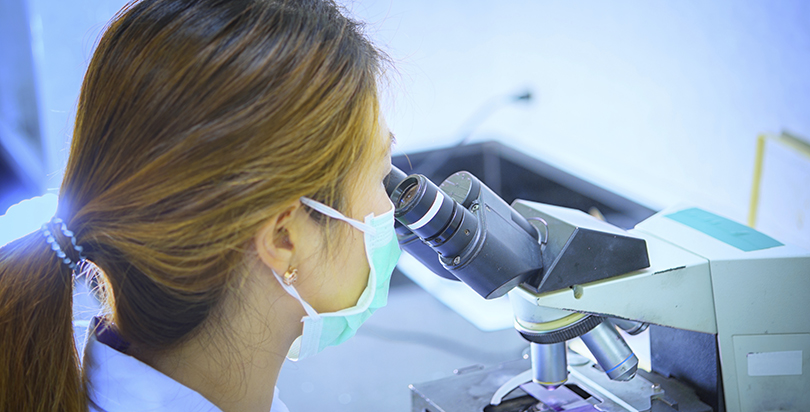 The way to fix this, advocates say in a new white paper, is simple: Prioritize girls, particularly girls from underserved communities, from the first moments of designing a new STEM program.

(More on STEM: 5 Ways to Get More Women Involved)

“We all start with the idea that our work is centered on those we serve, but we don’t always ask those we serve what works for them,” said Jen Jayme, director of development and communications at Techbridge, the nonprofit that wrote this week’s paper with support from Chevron.

The Obama administration has long been focused on increasing STEM skills for all students, and the release of the report coincided with the annual White House Science Fair Wednesday. President Obama started the science event in 2011 to celebrate the accomplishments of the country’s top young scientists and inventors.

In conjunction with the science fair, the Education Department released new guidance highlighting for states and districts how they can use various federal money for new STEM programs.

“Ensuring that all students have access to science, technology, engineering and math education is fundamental to the U.S. Department of Education’s goal of providing equitable educational opportunities so that all students are prepared to succeed in college, careers, and life,” the department leaders wrote.

Title I money for low-income students and schools can be used for field trips or to fund new science labs, for example, or Title II money for teacher training can be used to recruit new STEM teachers or improve teaching methods, the guidance says. The new Every Student Succeeds Act for the first time specifically highlights STEM activities, including the creation of a grant program for states to develop a STEM master teacher corps.

The authors of this week’s report collected recommendations from published research, Techbridge’s work and interviews with other nonprofits that work with girls and technology – like Girls Who Code, Project Lead the Way and the Girl Scouts of America.

“We have to get out of the competition mindset to learn from each other what’s really working, especially because we know there are some things that work better than others,” Jayme said.

The first key to designing a program for diverse girls, the authors say, is to develop the program with those girls and their communities in mind. They recommend asking for feedback early and often — and using different mechanisms to encourage feedback from different members of the community. Potential students may prefer video diaries, while parents can better engage through family nights, or community-based focus groups.

Advocates must start early, the authors say; high school is too late. They should also market the programs to girls with real-world scenarios, showcasing the potential impact of these fields.

Small design decisions can have a big impact, according to the white paper. Something as seemingly inconsequential as the way a classroom is designed or decorated can affect student engagement or excitements. Girls are less interested in computer science, for example, when “stereotypical STEM objects” like Star Trek posters, computer parts and video game consoles are sitting around.

There are also larger changes needed to improve the STEM learning ecosystem, the authors argue. First, advocates should drop the “pipeline” metaphor often used to discuss women in STEM and the points at which they drop out of the field. An ecosystem metaphor gives girls more agency over their careers, the authors argue, and unlike the pipeline metaphor, it doesn’t emphasize points of failure.

Groups should also focus less on the number, and more on the specific traits, of the adult mentors and role models working with girls in STEM.

“The problem now is not that girls need more role models; many women and men in the STEM fields are incredibly generous of their time and ready to give more. The issue is that we need more effective role models,” who know how to work with diverse youth and don’t fit STEM stereotypes, the authors said. Girls are less likely to see themselves in a STEM career in the future when presented with only stereotypical role models.

Finally, grants for STEM programs should be structured to follow the engineering model that allows for design, testing and in some cases, failure. The authors write that too many grants require program providers to promise certain outcomes.

Chevron, the sponsor of the paper, has worked with Techbridge for years. The inspiration for the white paper was the company’s creation of 10 fabrication labs – setups that contain everything from computers to 3D printers to whatever students need to learn and practice STEM skills – and its desire to make them more welcoming to girls, said Blair Blackwell, manager of education corporate programs.

Blackwell says this kind of work is personal. She grew up wanting to be a marine biologist – specifically, she says, she was fascinated by advances in cancer treatments coming from research on sharks. Despite taking advanced math and science classes in high school, “I didn’t have any scientists in my life and wasn’t really able to make that connection between what I was learning in the classroom and ultimately career,” she said.

Although it’s important to get more girls, particularly girls of color or those who live in low-income communities, into STEM fields, experts say that imparting more general skills, like learning from failure, are every bit as important.

Techbridge’s Jayme told the story of one former student who was applying for a competitive internship at software maker Adobe. As part of the interview, the student was asked to write some code on a whiteboard. She made a mistake, realized it, and worked on the problem at home until she got the right answer. She then emailed the hiring managers the correct answer, got the internship and now works there full-time.

“It’s that grit and perseverance that’s critical to kids that are facing so many barriers,” Jayme said.