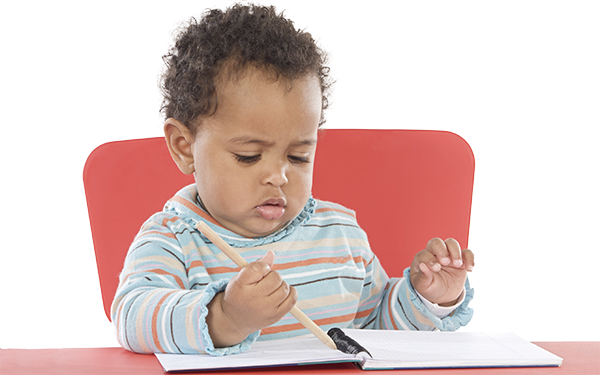 Charter schools and pre-K rarely go together but that should change, argues a new report.
“Policymakers and advocates should not only expand high-quality charter schools and high-quality pre-K for needy children; they should also alter policies and practices that deter the former from offering the latter,” write Sara Mead and Ashley Mitchel in their report “Pre-K and Charter Schools: Where State Policies Create Barriers to Collaboration,” for the Thomas B. Fordham Institute.
The two work for Bellwether Education Partners, an education nonprofit. Bellwether’s cofounder Andy Rotherham serves on The Seventy Four’s board of directors.
The report comes in the context of national and local pushes to expand early education. Hillary Clinton has emphasized her focus on expanding pre-K, and some are pushing for the No Child Left Behind rewrite to include more money for preschool. In New York City, Mayor Bill de Blasio fulfilled a campaign promise to fund universal pre-K across the city. Perhaps most surprising is that early education has turned into a bipartisan issue: Texas Governor Greg Abbott, a Republican, successfully increased funding for pre-K.
The report argues that pre-K is good, charter schools are good, and combining them would be great. Getting in the way of that union, Mead and Mitchel say, are the many barriers blocking the expansion of pre-K.
Some are specific to charter schools, like limitations on whether charter pre-K students can automatically enroll in the school’s elementary grade. Others apply to district and charter schools alike, such as lack of funds, which simply limit pre-K access altogether.
This challenging landscape helps explain why most elementary charter schools do not offer pre-K, even though doing so would seem like a natural fit.
There is significant variation from state to state, with some, like Texas and Oklahoma, having friendly environments to charter pre-K and others, including Ohio and Pennsylvania, not. The report recommends that states reduce barriers to charters that want to offer pre-K by, for example, including early childhood education in the state definition of what charters can do.
The most important question is whether charter schools would be effective providers of pre-K if those barriers disappeared tomorrow.
That’s an open question.The authors are right when they cite the research that finds charters on average are more effective than traditional public schools in urban areas; they spend less time pointing out that overall charters are not much better than traditional public schools, as measured by standardized tests. And there is virtually no research, one way or another, on how effective charter schools are in providing pre-K.
Mead, in an interview, agreed that the research is limited, but suggested that D.C. – which has universal pre-K and an abundance of charter elementary schools that offer it – is  proof that charters can help drive access to pre-K.
She also said that only charter schools with a track record of effectiveness should have the chance to offer pre-K: “We shouldn't let a crappy charter school take on pre-K if they're not doing the job in the grades they already have.”
Some of the existing barriers against charters would be fairly simple to fix, like the prohibition in some states against allowing pre-K students enrolled in charter schools to automatically enter the charter’s elementary school without first going through a lottery. Other problems – such as the relatively low rate at which pre-K is funded in some states – would require more significant overhauls.
That means that the chief impediment in many cases is simply not enough dollars to go around to support pre-K. And in the political world, pre-K expansion and charter school expansion are sometimes seen as competing priorities. Perhaps the solution, then, is for the charter sector and traditional advocates of pre-K – often teachers’ unions – to join together and push for more funds for preschool.
One can always hope.
Submit a Letter to the Editor
July 16, 2015