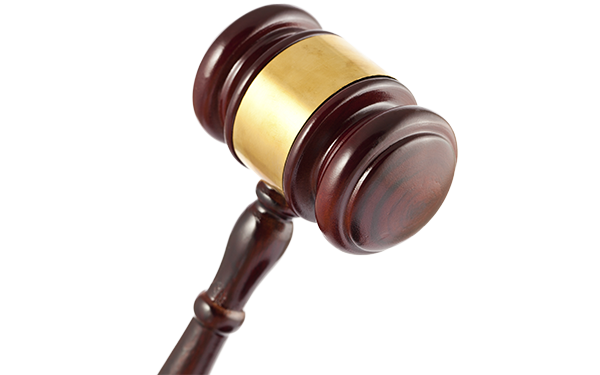 Updated April 14
From California to New York, political and policy struggles between labor groups and education reform advocates over teacher tenure laws have slowly made their way through the courts.
The next battleground? Minnesota.
An education reform group initiated a lawsuit against the state Wednesday afternoon, alleging that its laws governing teacher tenure and dismissal violate children’s right to a quality education.
Partnership for Educational Justice, a nonprofit founded by The 74 editor-in-chief Campbell Brown, is working with Students for Education Reform Minnesota to bring the lawsuit. The plaintiffs are being represented by Louisiana law firm Fishman Haygood and Minnesota-based law firm Bassford Remele.
This marks the second suit filed by the Partnership for Educational Justice, which is also challenging tenure protections in the case Wright v. New York, a case currently before the state Supreme Court.
Both lawsuits are modeled after Vergara v. California, in which families successfully argued that tenure protections and the “last-in-first-out” rules governing teacher layoffs deprive students of their constitutional right to a basic education.
In 2014, a California judge ruled that those laws were unconstitutional. The state has since appealed that decision; a ruling is expected next month.
Under Minnesota law, a teacher is eligible for tenure after three years, which the partnership argues is not enough time period to determine whether an educator should be granted lifetime job protections.
The plaintiffs will also allege that the state’s laws on firing teachers are too vague, resulting in a dismissal process that is long, arduous and allows ineffective teachers to remain in the classroom. The group will also challenge seniority-based layoffs, which the partnership says forces school districts to keep bad teachers and get rid of good ones.
Brenda Cassellius, Minnesota's education commissioner, defended the state's laws to the Star Tribune: “We also have rigorous laws that protect due process for teachers and that, when followed, provide school administrators and school boards with the authority to remove teachers."
The lawsuit will use one argument that was put forth in Vergara but is absent from the New York case: that these policies effectively violate minority students’ rights under the equal protection clause of the state constitution.
It’s not the first time Minnesota’s teacher tenure laws have drawn scrutiny. A 2015 investigation by the Minnesota-based Star Tribune found that five school districts had paid more than $2 million to get rid of ineffective educators over a two-year period. The process of building a case and firing a teacher can drag on for years in costly legal battles, making the payouts an easier strategy to improve a school district’s workforce, analysts told the newspaper.
The Star Tribune also reported that the state’s new teacher evaluation system revealed that the most ineffective teachers were concentrated in the schools with the highest poverty levels.
In 2012, Gov. Mark Dayton vetoed a bill that would have eliminated seniority as the basis for teacher layoffs, saying the state’s teacher evaluation system had not been fully implemented yet. Last year, the Minnesota House of Representatives passed a similar bill, but the Senate failed to vote on it.
Disclosures: The Partnership for Education Justice, Students for Education Reform and The 74 all receive funding from the Walton Family Foundation. The 74’s Editor-in-Chief Campbell Brown had no role in the reporting or editing of this story.
Submit a Letter to the Editor
April 13, 2016

Interactive Map — The Great Shortage: Explore How Districts in All 50 States Are Grappling With Missing Teachers, Nurses, Cooks, Bus Drivers & Other Essential Workers