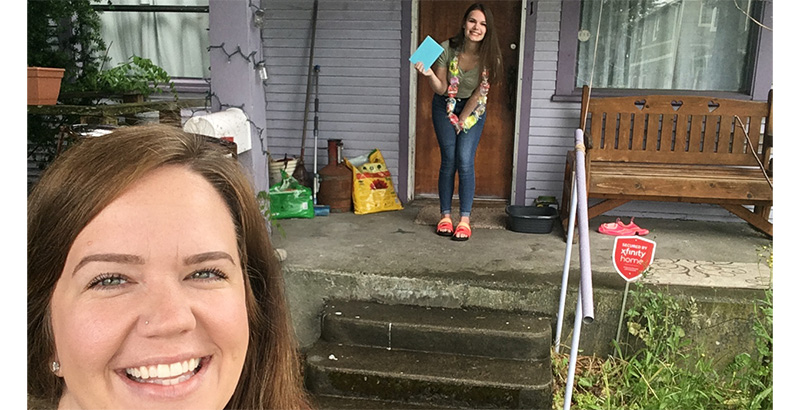 When Jimena moved this summer to a new foster home in Upper Marlboro, Maryland, she was ready for a fresh start. She asked Keila Munoz, her foster mother, to enroll her in the neighborhood high school.

“I was at a new home where I felt I belonged, so I wanted a change in my life,” said the 16-year-old, who asked that her last name be withheld to protect her identity.

But Jimena’s former school didn’t send her records in time, causing her to start two weeks late. “The process was a nightmare,” Munoz said. “Both schools kept blaming each other for the paperwork.”

Such bureaucratic barriers are not unusual for students in foster care. But the added stress of learning online, which meant Jimena couldn’t meet teachers and students in person, has left her feeling like an outsider.

“The teachers don’t even know I’m new at the school,” she said. She’s tried to make friends, but her contact with classmates has “all been school-related.” 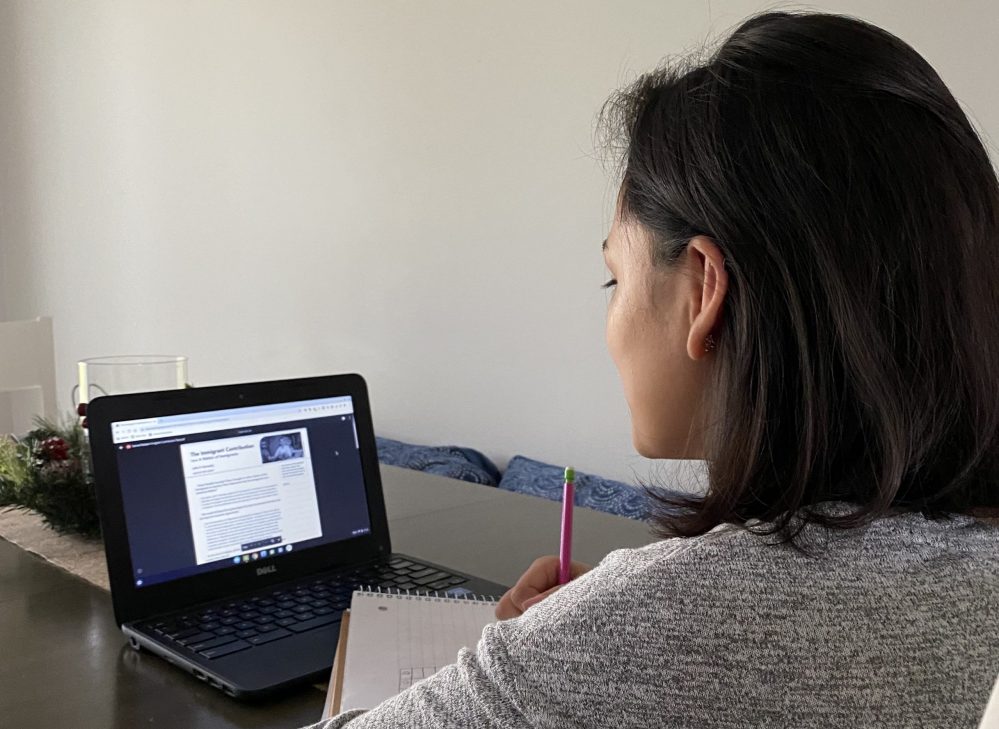 Life for the estimated 400,000 children and teens in the nation’s foster care system can be chaotic under the best of circumstances. For the 70 percent in K-12, removal from their families usually means changing schools, and roughly a third have been in five or more schools by their late teens. Foster youth are twice as likely as their peers to be frequently absent. And one Colorado study found that the more they transfer in high school, the lower their odds are of earning a diploma.

The pandemic has added further turmoil: New homes, new schools and delays in crucial testing for special education services. An October report from Bellwether Education Partners, an education think tank and research organization, identified foster youth among the 3 million vulnerable students who have potentially gone missing from the nation’s education system since March.

The strain of virtual schooling is wearing on children and foster parents alike. “It’s the B and C students [who] are failing right now,” said Michelle Francois, who leads FosterEd, a National Center for Youth Law initiative focused on the educational needs of foster youth in four states. “They’re getting the message that they’re going to be screwed for the rest of their lives because of this COVID thing.”

Recent data from Treehouse, a Seattle nonprofit that provides tutoring and other educational support to foster youth, shows one in four students served have declined academically since the beginning of the pandemic, and more than a quarter have “largely disengaged” from school. 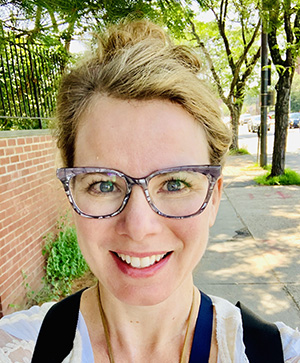 Aurelia Twitty, a Maryland foster parent, said students placed in a new foster home can sometimes miss days or weeks of school. An administrative manager at Bellwether, Twitty takes in teenagers and those preparing to transition out of the child welfare system — often on an emergency basis. This fall, she housed students who were not enrolled in school, and some who were enrolled but hadn’t participated at all in distance learning. They came without laptops, she added, and caseworkers often lack links or passwords to students’ Zoom classes.

Some schools aren’t keeping up with where students are placed, she said, noting she recently received a call from a school checking on a boy who hadn’t been in her home for eight months.

“By the time I untangle all the webs, [the students have] moved on to somewhere else,” she said. 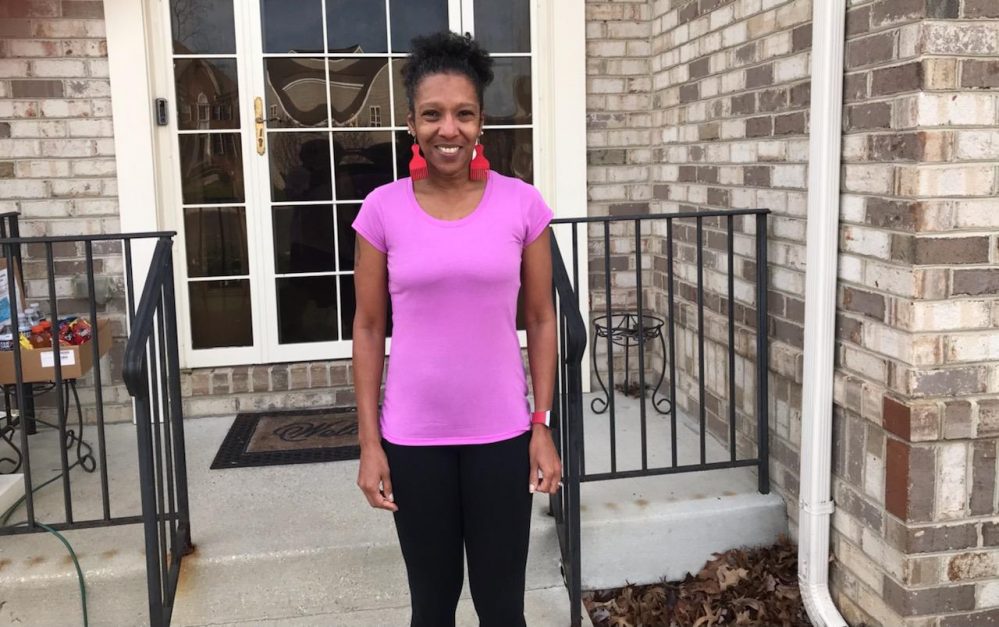 Aurelia Twitty currently fosters a teen and a 21-year-old in the child welfare system. (Anthony Twitty)

Under the federal Every Student Succeeds Act, child welfare agencies and school districts are required to decide whether changing schools is in a student’s best interest.

Due to health concerns during the coronavirus, fewer families are willing to take in older children, said Zan Pender, director of school counseling and advisement for Lexington County School District One, near Columbia, South Carolina.

Pender normally processes enrollments and withdrawals for students in foster care during the summer. But this year, the steady stream of transfers means he handled more than a dozen in November alone.

While schools were closed because of the coronavirus, the Lexington district allowed students to stay in their remote classes even if they moved hours away. But now elementary and middle schools are largely open across the state, requiring those placed out of the area to enroll in their local schools — adding to the trauma some have already experienced, Pender said.

‘No One Taught Us How to Do This’: As Families Face Evictions & Closed Classrooms, Data Shows ‘Dramatic’ Spike in Mid-Year School Moves

A ‘backlog’ in the system

In other parts of the country, foster youth are experiencing frustrating delays that impact their ability to focus on school. The pandemic has left many children in limbo about whether they’ll return to parents, be adopted or remain in the system. Those originally placed in homes for short periods are staying longer as courts put off guardianship and adoption cases.

In the Los Angeles Unified School District, the population of students in foster care has swelled to 10,000 this year, up from 6,400 last school year.

“What you’re seeing is a backlog,” said Angie Schwartz, vice president for policy and advocacy for the Alliance for Children’s Rights in Los Angeles. “We’re not getting kids out [of the system]. We’re not reunifying as fast.”

Before the recent COVID surge, LAUSD included foster youth in the 265 schools open for staff child care. The goal was to give students in tight or chaotic living situations a quieter place to learn and reliable internet, said Anthony Aguilar, the district’s chief of special education, equity, and access.

Francois, with FosterEd, said teachers and other personnel who are losing touch with foster youth should think creatively about communication. “You can’t just keep sending an email and [expect] the same result,” she said.

Maintaining contact with students — using all means possible — is a large part of the FosterEd liaisons’ job description. The Pima County, Arizona, team used WhatsApp to send messages, and Calendly, a scheduling program, to give students some control over when they meet with their liaisons. Some even used digital games in text messages to encourage communication though some lighthearted Cup Pong or 8-Ball.

“They are able to ease into conversations [with students], and it’s not so in-your-face aggressively educational,” said Jennie Hedges, the FosterEd program manager for Pima, which includes Tucson.

‘My kids stopped learning in March’

Some foster youth are not regularly participating in online classes for the same reasons as many other students. They have special needs, and their teachers aren’t holding the students’ attention over Zoom.

“My kids stopped learning in March, and they emotionally stopped growing in March,” said Dorothy Daniels, a foster mother of six in Acton, California, northeast of Los Angeles. 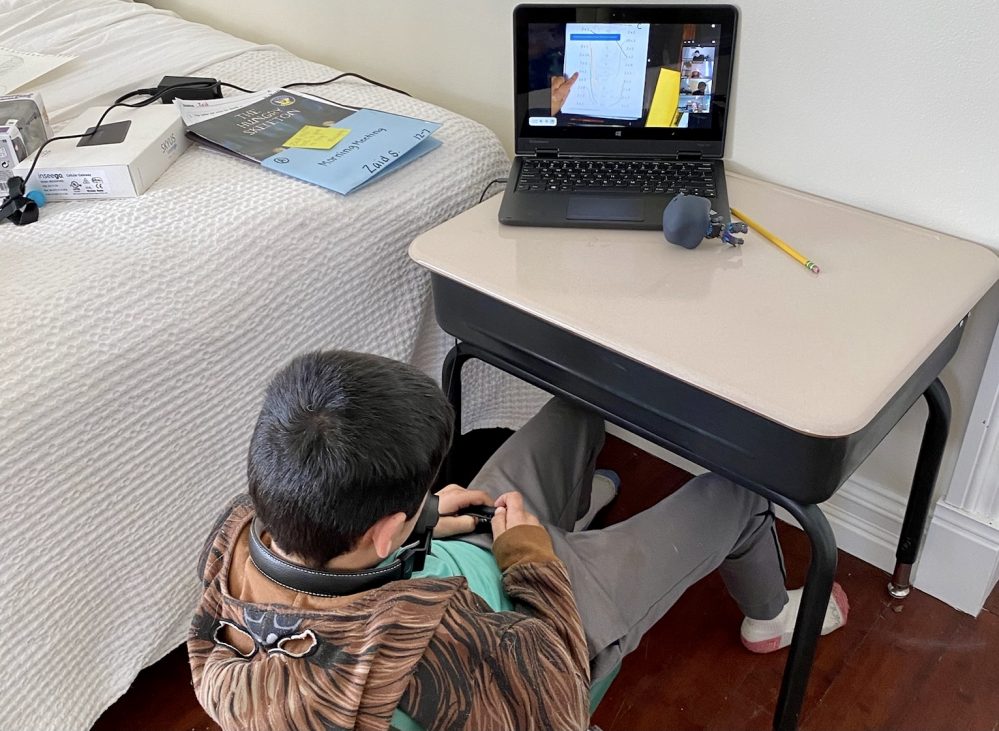 In a recent class session, a teacher kept telling Daniels’s 9-year-old foster son to find a worksheet with a bird on it. But the boy, who has learning disabilities, struggled to find the right page in an inch-thick packet of the week’s work. He grew increasingly frustrated, threw the papers down, and burst out, “‘I am going to crash this school,’” Daniels said. “He gets upset when he feels like he’s not being heard.”

According to a 2018 fact sheet from the American Bar Association, at least a third of children in foster care have disabilities.

Because of the pandemic, many students have been waiting for months for assessments to determine if they qualify for special education. Meanwhile, they’re regressing in speech, social, motor, and other areas of development, said Hedges, in Pima County.

Not all students in foster care have suffered during distance learning. Kawena Cole, the FosterEd program manager in California’s Antelope Valley — also near Los Angeles — stressed that some students are more interested in their schoolwork and say in survey responses that ““not getting in trouble anymore” is a positive result of remote classes.

Without distractions, like getting kicked out of class or having fights on campus, “they can focus on academics,” she said.

Still others, like Jimena, and her foster brother Edgar, need the face-to-face interaction of a classroom.

Eleven-year-old Edgar, from Guatemala, is still learning English and misses a lot of what his teacher says over Zoom, said Munoz. After class, he spends three hours trying to make sense of the lesson using Google Translate.

“They try to help him as much as possible, but as a parent I feel the help isn’t enough,” Munoz said.

And Jimena is just waiting for the chance to get inside her new school.

“My foster parents drove me to the school and I like it a lot. The building is new and has lots of big windows,” she said. “I hope we can go back to school in person soon.”