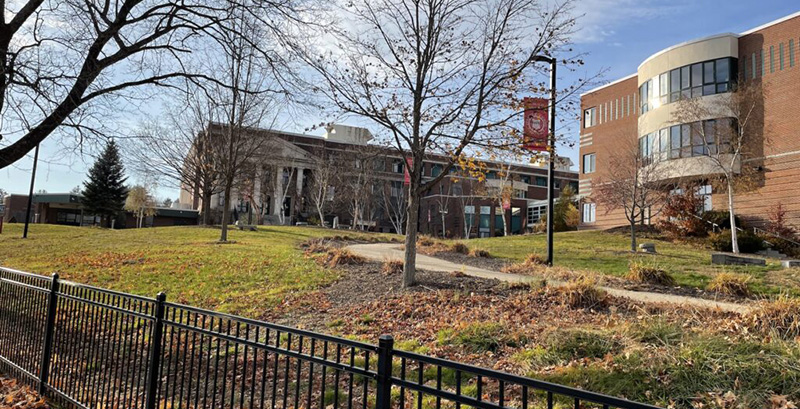 But Rep. Kevin Verville sees that as a flawed definition. And he’s betting that his fellow Republican legislators do, too.

Verville, a Deerfield Republican, is the architect of a bill that would bring the state closer to that alternate vision of education funding. Months after passing a program to allow state education funding to go toward private school tuition and homeschooling costs, Verville and Republicans on the House Education Committee want to expand that model to local tax dollars.

The bill, House Bill 607, would create an opt-in, local version of the “education freedom accounts” program passed this summer. Under the proposed law, parents in participating towns could access thousands of dollars of a town’s portion of public school tuition and use it for private school or homeschooling expenses.

The process laid out in HB 607 would require local approval; residents in school districts would need to opt into the program. The bill requires three-fifths of voters in the district’s annual meeting to choose to create the localized savings account program.

But Verville says he believes some communities would come on board.

“I’m optimistic that there are communities that will take this up and run the experiment,” he said. “You know, don’t forget the United States is based on federalism, and the states are supposed to be the laboratories of democracy. And so when a state gets it right, those are the things that you share out to the rest of the country. And this program is one of these little experiments in democracy.”

Democrats have blasted the efforts as attempts to upend the public school funding system; school administrators have worried the new accounts could force further cutbacks in budgets and programs.

On Tuesday, the House Education Committee voted to advance the bill, 10-9, on party lines.

By some measures, the proposed local education savings program could provide more public funding than the existing statewide program.

The bill would allow parents to access 80 percent of the locally raised tuition amount that goes to public school children – minus the amount the district spends on special education. That amount can range from around $5,000 to around $20,000 per year, depending on how much the district spends. The program would not be available to families that already participate in the statewide savings account program, which gives out an average of $4,600 per year.

Once a district did join the program, the superintendent of the school district would be required to allocate the savings accounts based on a formula set out by the proposed law. The superintendent would take the total approved district budget, subtract any federal grants or state funding, reduce the total amount by 20 percent, and divide it by the average daily membership of students in the district. That number would determine how much each student could receive in the savings account, the law states.

Unlike the state’s existing “education freedom account” program, the newly proposed local program would not include a cap on income. The existing program allows only families making 300 percent or less of the federal poverty level, or $79,500 for a family of four.

And the bill includes “grandfathering” provisions that would allow a family that received a certain amount the first year – based upon the local per-pupil formula for that year – to continue to receive that set amount, even if the per-pupil spending changes.

The bill allows a school district to reverse its decision with another district-wide vote – provided the no votes also clear the 60 percent threshold. But any families that were benefitting from the program would still be grandfathered in until their child graduated high school, even if the program were disbanded.

“The naysayers that say that this will spike education costs and we’ll bury property taxpayers alive,” Verville said. “I would say that they are absolutely incorrect. If their prediction is correct, then communities will repeal this program very, very swiftly because that’s what voters do.”

The proposed local program differs in its financial details from the statewide program; money from the state education trust fund is primarily funded by business taxes, while the local program would receive funding entirely from local property taxpayers. The state program, meanwhile, has exceeded expectations for take-up this year, with 1,600 students currently enrolled.

Verville said that despite the increased interest, he didn’t see a budgetary risk for towns.

“New Hampshire public schools by far and large are excellent schools that serve the vast majority of students very, very well,” he said. “And anybody that says a program like this will cause a mass exodus out of a school I think should be held to explain how and why that would be.”

Still, Verville said that the bill is not intended to save money, but to shift the focus.

“I have critics on my own side, they look at this and they go, ‘Well, this isn’t a tax-saving bill,’” he said. “And I say, ‘No, it’s not.’ This is not a money-cutting – this is not a tax-cutting bill. This is (about the) best education for the child.”

Debating the bill Tuesday, Republicans and Democrats embraced what have become increasingly divergent visions of education.

Republicans on the committee called the bill a “win-win” for districts and an expansion of the “school choice” movement that could allow families to receive assistance for education. And they noted that the high 60 percent voting threshold meant that only districts whose voters felt especially strongly about passing the program would be able to participate.

Rep. Erica Layon, a Derry Republican, said that towns should be given the option. “There are some towns that this could benefit,” she said. “And I think giving the towns the choice and the availability to the towns and cities is important.”

And Rep. Ralph Boehm, a Litchfield Republican, argued most towns likely wouldn’t go for the program as enacted.

“Sixty percent would have to vote for it,” he said. “I don’t know any town that would. If they did, they’d have a really bad public school system.”

But Democrats assailed the bill, which they said would enable residents to vote in a dramatic siphoning of local tax dollars away from public schools.

Rep. Linda Tanner, a Sunapee Democrat, noted that Democrats have long warned that if kids leave school districts to take programs such as EFAs, fixed building and maintenance costs mean that school districts can’t shrink accordingly. “This is upping that ante even further,” she said.

Tanner added: “I hope the rationale isn’t to get rid of ‘lousy school systems’ as was quoted from Rep. Boehm,” she said. “I hope that what we’re trying to do is support all of our public school systems, but I’m not sure that we’re really going to do that.”

Other Democrats argued the proposal was being advanced out of the committee without sufficient discussion. The bulk of the bill first appeared as an amendment to an existing bill during a Nov. 10 meeting; it hasn’t received a hearing.

The committee discussion turned at times heated – and profane.

“This is a retained bill, so you’ve had the bill for six months,” said Rep. Gregory Hill, a Northfield Republican, addressing Democrats. “So I don’t know why (these concerns are) coming up now.”

“That is bullshit,” yelled Rep. Dave Luneau, a Hopkinton Democrat, pointing a finger. Several colleagues pulled him back into his seat.

Following the vote, the bill will move forward to a vote in the full House when it meets again Jan. 5 and 6.