New data shows gender disparities in fall 2022 college freshmen enrollment, with female students opting out at more than twice the rate of males, according to a new report from the National Student Clearinghouse Research Center.

The steepest drops among college freshmen in fall 2022 were white, Asian and Black students who declined by 7, 3.2 and 2 percentage points respectively.

“The pandemic disproportionately harmed women, particularly women of color and low-income women, and this is one more example of that impact,” said Catherine Brown, senior director of policy and advocacy for the National College Attainment Network.

Stephen Barker, director of communications at OneGoal said the caretaking trend trickled down to young women who were “disproportionately caring for siblings at home while their parents were working.”

“There were a lot of barriers for girls to get through the school work and graduate from high school. It’s something unique to a lot of girls who would have otherwise been college bound,” Barker said.

Despite an overall 4.2 percent drop in college enrollment since fall 2020 among all students, the declines have slowed down and are comparable to pre-pandemic rates, the research center found.

The group looked at 42 states and found enrollment declines in 27 this fall. While some states had increases — South Carolina, New Hampshire, and New Mexico had the largest — Alaska, Michigan, Kansas, Missouri and Nevada saw the largest declines, between 4.3 and 5.2 percentage points.

The decline in freshmen female college enrollment is a “new phenomenon” that may take several years for recovery, Barker added.

“As the economy recovers and we’re past this need for something immediate for girls to support their family and themselves, then I think we’ll see them pivoting and returning back to school,” Barker said.

Two female college freshmen who did enroll said they could both see and feel the pandemic’s impact on young womens’ secondary school plans.

When she got to campus, Caroline Holtman, a freshman engineering major at Texas A&M University, discovered that only a fraction of her classmates were female.

“There are a few classes I’m in where the girls are severely outnumbered. For one of my classes, the ratio was one girl to every four or five guys,” Holtman, 18, told The 74.

“That was probably the biggest challenge going from [high school] classes that are pretty evenly split between guys and girls to classes where all I see are men,” Holtman said.

The initial barriers finding a community of female friends in her STEM classes was difficult, she added.

“I knew that I’d be going through this degree with very few women, but I really didn’t understand the magnitude of it until I got here,” Holtman said.

Pooja Muthuraj, a freshman at the College of William & Mary planned to pursue a lengthy academic path to become a doctor, but said the pandemic influenced her views on what a healthy family life should look like.

“Having to spend that much of your life at school affects me and my female friends in particular because our biological realities impact us more than men,” Muthuraj, 18, told The 74.

“It’s definitely a concern when thinking about having a family in the future,” Muthuraj said after watching her mom struggle to balance career and family.

Instead, Muthuraj plans to pursue a career in health nonprofit.

“They’re decisions I don’t think I would have considered so much if the pandemic never occurred,” Muthuraj said. 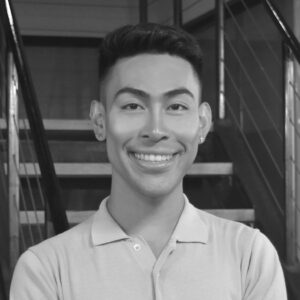