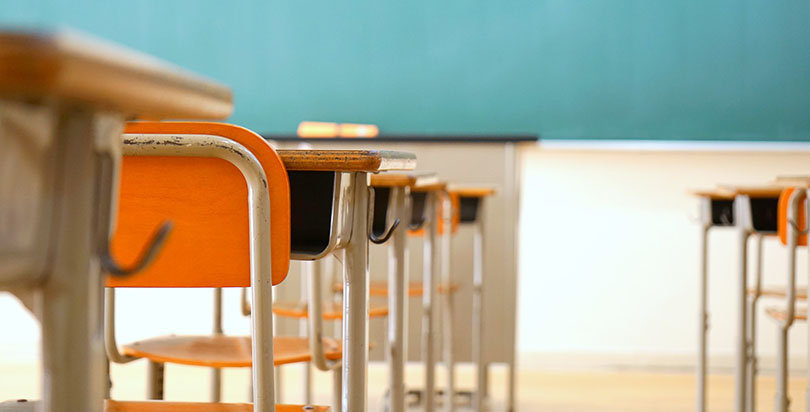 Americans have “largely positive reactions to charter schools and vouchers,” despite being unfamiliar with the specifics of these education initiatives, a new poll by The Associated Press finds.

As The AP reported over the weekend, “58 percent of respondents say they know little or nothing at all about charter schools and 66 percent report the same about private school voucher programs,” according to the poll conducted by The Associated Press–NORC Center for Public Affairs Research at the University of Chicago.

While 55 percent of those surveyed say parents in their communities had enough school options, roughly 4 in 10 feel “the country in general would benefit from more choice,” The AP reported. Asked about the expansion of public charter schools, 47 percent said they were in favor of more charters and 30 percent said they felt neutral about it. Twenty-three percent, meanwhile, expressed opposition.

The telephone and online survey conducted April 20–23 queried 1,036 adults on their views of school choice options, education equity among students of different races, and who should control schools.

Results were published this weekend and coincided with an extensive report from The AP’s Geoff Mulvihill, who detailed how the push to expand school voucher programs both federally and in many states is pitting some supporters of the public charter school movement against their former school choice allies. Mulvihill also reported that teachers unions have been in talks with charter supporters about joining forces to combat the expansion of vouchers.

The coverage comes as President Donald Trump and Education Secretary Betsy DeVos prepare to reveal an unprecedented and hotly debated federal school choice proposal that could expand public funding to cover students’ tuition at private schools, including religious ones.

Research from the National Alliance for Public Charter Schools, which advocates for expanding the publicly funded, independently run institutions, found that the more parents know, the more supportive they tend to be, President and CEO Nina Rees said Monday.

And yet “there’s an information gap out there,” Rees said. “We acknowledge that the charter movement needs to be doing a better job at getting the facts out there: what charter schools are, who we serve, and how we innovate and help students,” she said. “When we do, and when parents are armed with information, they support choice and options.”

(Want to know more about what charter schools actually are? The 74 has you covered in this video explainer. And here’s another explainer about vouchers.)

Among the other highlights of the AP poll:

—Support for vouchers is clear but not overwhelming: 43 percent of respondents support giving low-income families tuition vouchers to send their children to private schools; 35 percent are opposed, and 21 percent don’t have a strong opinion either way.

—Republicans are slightly more likely than Democrats to favor opening more charter schools, 53 percent to 42 percent, but there’s little partisan variation for voucher programs. At the same time, opposition to vouchers is highest among those who have heard the most about them.

—Standards: About 7 in 10 respondents feel that both charter schools and private schools funded with taxpayer money should meet the same education standards as public schools.

—Local control: Most respondents, 47 percent, said control over how public schools are run should be left to states, while 36 percent said it should be up to local communities and 16 percent said the federal government should have the largest role.

As The 74 has reported, public opinion polling on education isn’t particularly plentiful, and when it comes to questions about school choice, results can vary widely depending on how you ask the question. “It is challenging to ask about issues of school choice, and vouchers in particular, in a way that elicits a true barometer of public sentiment because the way in which you choose to present the issue to the public really matters,” Martin West, an associate professor at the Harvard Graduate School of Education, told The 74’s Kevin Mahnken earlier this year.