Netter: Like Airlines, Schools Can Fall Victim to ‘Press-On-Itis.’ 6 Ways to Make Sure Reopening Plans Can Adapt as Circumstances Change 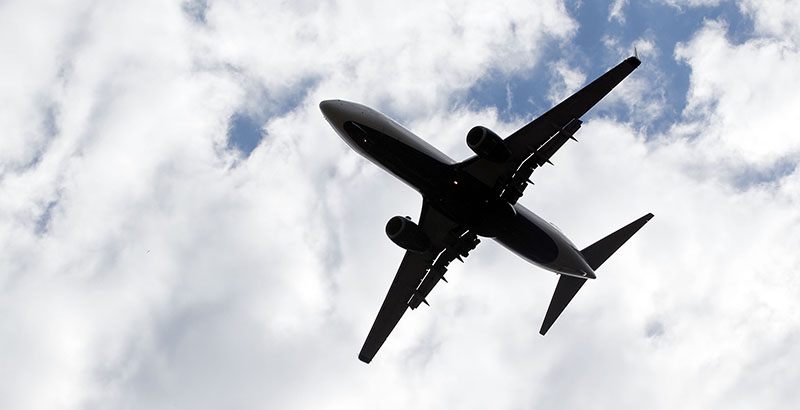 Despite pressure from President Donald Trump for schools to offer in-person instruction this fall, many students in states such as California and in 17 of the 20 biggest school districts in the nation will start the year online. As they reopen, schools and districts are taking care to avoid mistakes from the spring, like creating distance learning plans that disadvantage low-income students or focusing on academics at the expense of social-emotional learning. Yet there is one hidden pitfall that most reopening plans fail to address: plan continuation bias.

In the summer of 1999, a McDonnell Douglas MD-82 airplane carrying 11 people approached a runway in Little Rock, Arkansas, amid thunder, lightning, heavy rain and gusting winds. The pilot attempted to land despite the dangerous conditions, resulting in a tragic ending. Why did the pilot ignore the obvious hazards and follow his plan instead of aborting the landing and making another approach or diverting to another airport?

Plan continuation bias, sometimes referred to as “press-on-itis,” is the human tendency to stick with a course of action even when conditions have changed in ways that make it no longer viable. It’s commonly discussed in the airline industry as a contributing factor to accidents, but it’s just as relevant for schools and districts that have invested huge amounts of time and energy creating complex plans for teaching students this fall.

The characteristics of plan continuation bias are what makes it so problematic. The bias compromises situational awareness so cues from the environment don’t figure into decision-making, which is particularly troublesome in situations in which conditions change rapidly. Plan continuation bias becomes stronger as one approaches the end goal. And it’s unconscious, so it often goes undetected.

School and district leaders have worked overtime to create complex plans for multiple scenarios that meet the needs of public health officials, parents, students, teachers and unions. Now, they’re sharing those plans publicly and implementing them with far-reaching effects on child care and employment decisions. At this point, altering or abandoning a plan would be a stomach-turning prospect.

But what happens when things change a few weeks into the school year? When guidance suddenly comes down from the state or district that schools must open? Or close again? What happens when attendance seems to be high in the morning but drops off dramatically in the afternoon? When students are thriving in one class but languishing in another? When personal protective equipment or cleaning supplies aren’t available? When an online platform is hacked? When teachers get sick or strike?

What happens when a principal discovers a wildly effective strategy, but it’s contrary to the plan in place?

Schools and systems will struggle if they’re not prepared to adapt in a constantly changing environment. Critical issues and risks won’t be identified and mitigated. Students and families might disengage or find other options that have adapted better to new conditions. And student learning and well-being might suffer.

Fortunately, there are ways to avoid plan continuation bias. Here are a few.

Schools should anticipate the need to adapt and build mechanisms for doing that now. For example, Kairos Academies, a 6-12 school in St. Louis, operates in cycles, with five weeks of instruction followed by two weeks off for students, during which teachers have one week of professional development. After each cycle, the team identifies a few ways to improve going into the upcoming cycle.

2 Manage expectations to include change

To smooth the path to flexibility, communicate to staff, students and families at the start of the year that they should expect change. Managing expectations will reduce external pressures and make it less jarring when schools switch things up.

Knowing when and what to change requires establishing key performance indicators, collecting data and monitoring routines, and setting thresholds that will reveal whether a school is on or off track. Adhering to predetermined thresholds can be difficult in the fog of complex decision-making, but the alternative can lead to deleterious compromises.

4 Listen to your community

Continuously seek feedback or input from students, families and staff, through such avenues as virtual town halls, surveys, online or phone conversations and socially distanced home visits. Several organizations, such as Panorama, offer surveys that give leaders direct feedback from students on their experiences with distance learning.

Departing from a plan is a lot easier when leaders have promising and feasible alternatives. Without options, the difficulty of changing a plan is compounded with the burden of starting from scratch.

It’s tempting to delay a decision to collect a little more data or talk with a few more people. School and system leaders must be prepared to make high-stakes decisions with imperfect information. Be proactive to stay ahead of the curve.

New school models, new technologies and new ways of teaching and learning also mean that school and system leaders face new ways that things can go wrong. Plan continuation bias is a threat likely to arise as districts across the country implement plans for educating students amid the COVID-19 pandemic. Serving students well means steering clear of avoidable pitfalls that can make an already stressful situation worse for students, especially the most vulnerable.

Gabi Netter is an associate partner at NewSchools Venture Fund.

Gabi Netter is an associate partner at NewSchools Venture Fund.