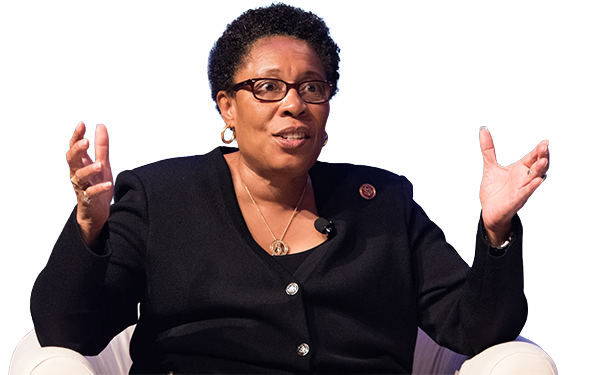 The nation moved one step closer to the turning the page on No Child Left Behind Wednesday when the House passed a compromise rewrite known as the Every Student Succeeds Act.
The bill governing K-12 education passed easily on a 359-64 vote, earning majorities from members of both parties. Senators will consider the compromise next week. Education Secretary Arne Duncan, mere weeks from stepping down, issued a statement praising the “good news” that the House had passed a “serious bipartisan plan to fix No Child Left Behind” and said he looked forward to “the Senate moving quickly to do the same.” (Read The Seventy Four’s Connor Williams on why Obama should veto the NCLB rewrite)
Although many members noted that the bill isn’t what they would write given free reign, no lawmaker spoke against the compromise that ultimately won over 84% of House members. (See our coverage of the fine print that accompanied the bill’s three key compromises)
Negotiators had to balance the competing priorities of giving more control to states and districts while maintaining some federal oversight to ensure school equity, said Rep. Bobby Scott, the senior Democrat on the education committee.
The compromise, he said, “does not force either side to desert core beliefs.”
The bill had the backing of teachers unions, state schools chiefs, the business community and other interest groups, but not everyone supported the final version.
Conservatives had balked at the compromise, which eliminated portions of a House-passed bill that would have allowed Title I funds to follow low-income children as they move among schools, along with several other concessions necessary to garner the backing of Democrats.
Heritage Action, a conservative advocacy group, opposed the bill because it did not reign in K-12 spending, did not allow for Title I portability, continued the federal testing mandates, and created a new preschool program. The group said it would include members’ votes in its annual ratings of legislators. All 64 votes against the measure came from Republicans.
Supporters of the measure repeatedly emphasized that voting against it means maintaining No Child Left Behind and the widely unpopular consequences that came with it.
Rep. Luke Messer, an Indiana Republican who had unsuccessfully pushed for the Title I portability provision, said he has not heard from one parent, student, or teacher who likes No Child Left Behind.
That law resulted in “federal government micro-management in the classroom, over-tested kids and anxiety-ridden teachers but sadly no significant improvement in student outcomes,” Messer said.
Rep. John Kline, chairman of the House education committee, summed up the black-or-white nature of the decision in his closing statement: “It’s a binary choice. You can vote for this new direction, give our children a better opportunity, or you can vote to keep No Child Left Behind the law of the land. It’s an either-or choice.”
Progressive groups were far from enamored with the bill, either.
The Leadership Conference for Civil and Human Rights, and a group of other civil rights and education reform advocacy groups, including the NAACP, the Education Trust and Teach for America, issued a statement backing the measure, though their support was cool at best.
The final deal is better than the No Child Left Behind waivers granted to states who failed to meet the law’s benchmarks, the groups said, but “the compromise that has resulted in the Every Student Succeeds Act is not the bill that we would have written.”
State and local control “has too often been an obstruction to narrowing disparities, and we will not let jurisdictions with millions of dollars in federal aid off the hook for failing to equitably and adequately educate all children,” the groups vowed.
Rep. Marcia Fudge, Democrat of Ohio, seemed to address those concerns in her remarks.
Although the compromise gives states and districts more flexibility, it “does not absolve the federal government of its responsibility to protect the civil rights of underserved students,” she said.
The federal government still may take action against states and districts that are not “honoring the civil rights legacy” of the original 1960’s law, she added.
Submit a Letter to the Editor
December 2, 2015