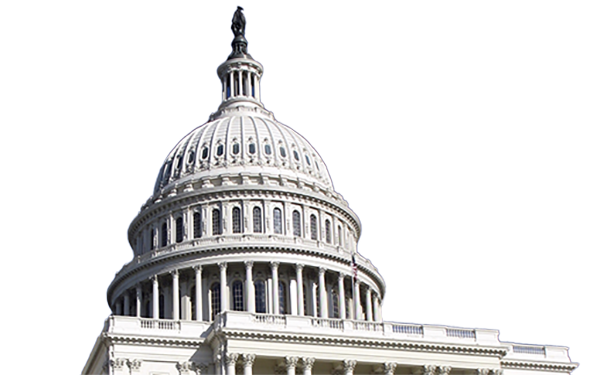 House and Senate leaders voted 38-1 to bless the compromise to rewrite the country’s primary K-12 education law. The lone holdout was Sen. Rand Paul, who was absent from the meeting but voted by proxy against the measure.

The full text of what members and staff have been calling the compromise “framework” should be available Monday, and the measure should make its way to the House floor the following week. Rep. John Kline pointed to Dec. 2 as a likely date for debate to begin.

The compromise, which was discussed by the committee in greater detail Wednesday, maintains No Child Left Behind’s annual testing requirements, but lets states decide how prominently scores should factor into school ratings. The rewrite would require intervention at dropout factories, the bottom 5 percent of schools, and schools with large achievement gaps, but again would leave it up to states to decide how to go about improving those schools. The bill also would ban the Education Department from mandating — or incentivizing — curricula, like the Common Core.

For a few tense minutes Thursday morning, though, it looked as though the compromise was in danger of stalling.

Wisconsin representative Glenn Grothman, a Republican, introduced an amendment that would keep funding authorization levels fixed at 2016 levels for the four-year lifespan of the bill. Citing the country’s $18 trillion in debt and a probable uptick in federal spending on security programs in the wake of the Paris terrorist attacks, Grothman argued for the need to rein in federal expenditures.

In Congress, authorizing committees crafting the specifics of laws – like the education committees rewriting the nation’s K-12 education law – include recommendations for spending levels into law, but it’s ultimately up to the appropriations committees to actually dole out money for programs each year. Appropriators are free to totally ignore authorizers’ recommendations.

Grothman acknowledged the fact that his recommendations may fall on deaf ears, but nevertheless said he wasn’t comfortable voting for what he deemed too much spending “and then having the appropriators act as the adults in the room” and lower the allocations.

Democrats, meanwhile, said education programs included in the bill – primarily Title I grants for low-income students and schools – need more funding, not less. And they warned that cutting the spending authorizations could be a dealbreaker.

Patty Murray, the ranking Democrat on the Senate education committee, said that adding Grothman’s amendment “would threaten the bipartisan agreement that we have all worked so hard to achieve.”

The procedures of a conference committee work a little differently than other types of legislating in Congress. Rather than all the assembled members voting individually and the majority carrying the vote, members from one chamber (in this case, the House) vote among themselves whether to recommend an amendment offered by one of their members. If they agree, the amendment is then considered by all Senate conferees. If the senators as a bloc don’t agree, the changes aren’t included in the final agreement.

House members advocated adopting Grothman’s amendment by a vote of 9-8. (All Republicans except Rep. Glenn Thompson, Republican of Pennsylvania, voted for the changes; all the Democrats and Thompson voted against it.)

But when it was senators’ turn to deliberate, committee chairman Lamar Alexander was quick to shoot down Grothman’s objections, clarifying that negotiators had stuck with funding levels that adhered to broader budget agreements already in law.

“I don’t want anybody to be able to say that we’re authorizing above the Budget Control Act,” Alexander said. “We’ve done the responsible thing.”

The conference committee also adopted a handful of other amendments, including one offered by Sen. Michael Bennet, Democrat of Colorado, that would allow, but not require, states to set a limit on total testing time.