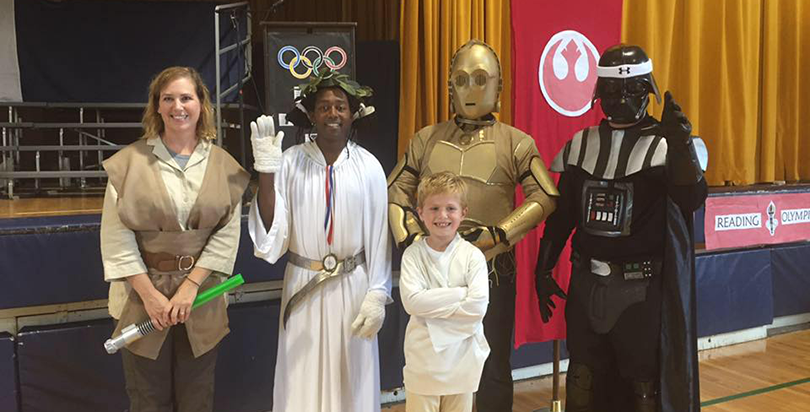 Just as Rio was prepping for the 2016 Summer Olympics Opening Ceremonies, an elementary school in North Carolina was kicking off a little competition of their own, with a few beloved characters to boot.

Hillsborough Elementary School opened their annual Read-A-Thon by mashing up an Olympic Summer Games theme with, what else: “Star Wars.”

C-3PO took to the podium to officiate the kick-off, addressing an assembly of giddy students:

“This year, the war between the Galactic Empire and the Rebel Alliance nearly shattered any hope that this grand tradition would go on. However, he each side has agreed to take part in the games, putting aside all differences.”

The Read-A-Thon is an annual fundraiser hosted by the school’s PTA. Students are allowed to track reading time both in and out of school. The contest runs through the end of the first quarter, when students will be awarded prizes for participation.

“We have social events that include all the families, like movie nights and there's a spring festival that we have and it goes to support that,” PTA President Sonya Sutton told The News of Orange County. “It supports our teachers – we're able to get our teachers an annual stipend every year to help pay for supplies.”

Last year, they raised $28,000 and this year the goal is $25,000. While parents are raising money for the school, students will be developing a literacy force for their future.