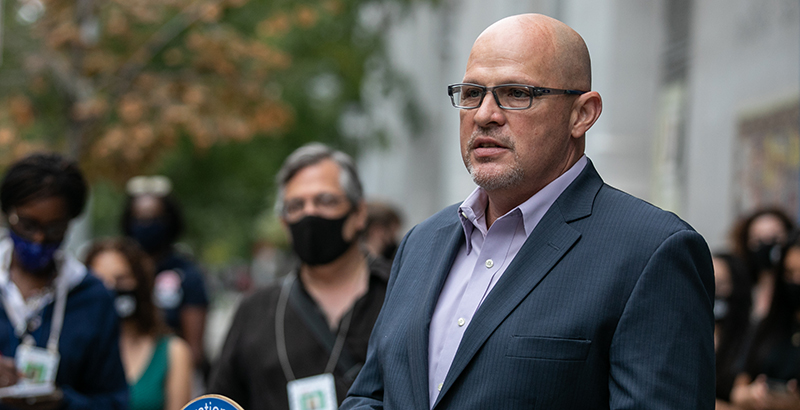 The Absent Teacher Reserve pool — an initiative that wasted both teacher talent and taxpayer funds — is coming to an end. Its demise is long overdue.

This misguided personnel policy was created by former Mayor Michael Bloomberg’s administration as part of its now-discredited school “reform” program.

Poorly designed and never effectively implemented, it put teachers who lost their positions in schools that were closing or reducing staff into a roving substitute pool, rather than helping the displaced staff find more permanent assignments.

The overwhelming majority of teachers in the pool had positive ratings from their principals. A small percentage had been the subject of some kind of disciplinary action, though the disciplinary process may have led to only a brief suspension or a fine of a few hundred dollars.

The Bloomberg administration was quick to label all the members of the pool as undesirable teachers, complicating their attempts to find permanent assignments. It also made much of the cost of the program, conveniently ignoring the fact that using these teachers as substitutes — rather than short-term hires — saved the system millions of dollars every year.

As the Bloomberg mania for closing schools receded, the size of the ATR pool fell, but it has taken some time to further unwind this punitive and politically motivated program.

In recent years, the city Department of Education has encouraged principals to hire ATRs for the full school year, rather than rotating them to different schools every few weeks or months. Those rated effective or highly effective at the end of that year were permanently assigned to these schools.

In another innovation, the “4X4” program in the Bronx used ATRs for specialized literacy instruction, connecting four students with a single ATR teacher for instruction four times per week.

The department has also clarified the funding of these positions, making it easier for principals to fit them into their school budgets.

For educators who are excessed during the current school year, superintendents will find funded vacancies in their districts.

For educators already in the ATR pool, they will be assigned to the school they have been at this year; assigned permanently; and their salary will be centrally funded, as opposed to coming out of the school’s budget.

In effect, most members of the ATR pool will now be treated as all other teachers. They will be covered by the usual United Federation of Teachers contract provisions on assignments, transfers and principal ratings.

The underlying goal of the proponents of the ATR program was to circumvent the protections in the teachers’ contract that limit the power of principals to arbitrarily fire educators without due process.

In this, it didn’t succeed, but it gave the anti-teacher, anti-union crowd a rallying cry, even as it managed to make the educational environment more unstable for too many teachers and their students.

The ATR program was a bad idea from the start. Everyone who cares about New York City schools should be glad it’s effectively over.

Michael Mulgrew is president of the United Federation of Teachers, which represents over 200,000 members including educators and staff in the New York City Department of Education.

Michael Mulgrew is president of the United Federation of Teachers, which represents over 200,000 members including educators and staff in the New York City Department of Education.