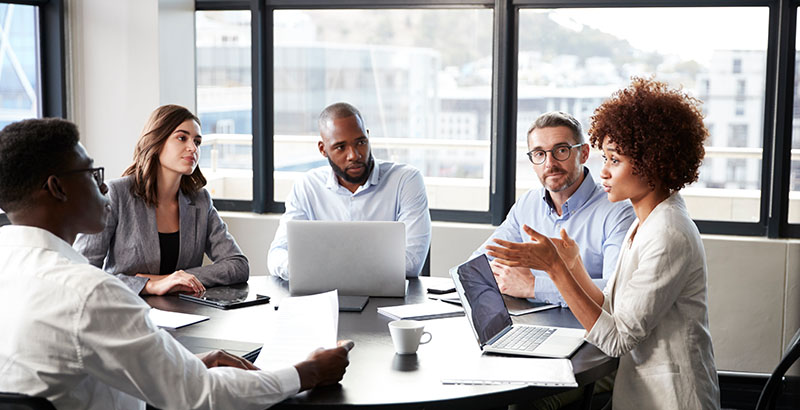 I run a search firm that finds leaders for education nonprofits and charter schools. It’s a thriving business, and that’s a problem.

Don’t get me wrong — I love my job, and we have a strong track record of success. I’m busier than ever. But that’s because my clients aren’t investing in internal talent.

I worry that the tendency to search for a brilliant outside leader is hurting these organizations. In fact, I’m convinced that the failure to plan succession from the inside has become an existential threat to the education reform movement.

And although I originally drafted this piece long before the coronavirus crisis, how we prepare school system leaders only becomes more urgent as we deal with the reality of learning loss for millions of students in this country — especially those who already were facing disadvantages.

Several times a month, I get a call from a frantic board member who wants us to find a unicorn — the imagined perfect blend of academic, financial, fundraising and strategic leadership — to run an organization. Here’s what I often think, but have never said out loud, in 13 years of fielding these calls: We might not be having this conversation if your board had made succession planning a priority.

An example: When a small network of charter schools in the Southwest needed a successor, the founding executive director pointed the board to the second-in-command.

Instead, the board spent a lot of money to conduct a national search. It landed on a nonprofit leader who was accomplished at fundraising but knew little about running schools and working with principals. After a tumultuous year and the departure of several key leaders, the new executive director was forced out.

The replacement was — wait for it — the original internal candidate. She served a healthy six years, at which point she had several internal candidates prepared to compete for the job, sparing the organization the vulnerability, tumult and expense of another long search process.

While I’m proud of our recruitment capabilities, the pool of CEO-ready candidates is alarmingly thin. In a maturing movement, we’re drawing more and more heavily on a small pool, and the failure rate for external candidates is high.

So, at the risk of putting myself out of business, here are four guiding principles to make it less likely you’ll call me in a panic:

Your leader isn’t going to stay forever. A spouse might have a career opportunity elsewhere. In one case, a mayor hired away a founding CEO to lead at the city level. You need an emergency plan if the worst should happen. Who’ll be in charge?

It’s likely you’ll have some notice. You still might conduct a national search, but you should have at least one well-prepared internal candidate. Ask your leader to identify potential successors now so you’re not in a tough spot later.

Get smart about the sector and the role of the CEO

Most boards I work with are filled with businesspeople, lawyers, professionals in real estate and finance, and parents. They know leaders in their own fields but not in education. As a consequence, they struggle to understand what the talent pool — and a great CEO candidate — looks like.

Adding knowledgeable folks to the board, like leaders from other charter schools and education organizations, can help.

As Dan Katzir, the CEO of Alliance College-Ready Public Schools, put it, private-sector boards “are mostly comprised of industry leaders. They know the industry, and they know which executive leaders are doing well and driving results in that industry. Charter school boards often don’t have that same knowledge and therefore can’t always assess how well their internal candidates stack up.”

Invest in the credibility of potential successors

Boards often perceive internal candidates as not having the gravitas or experience to become CEO. But it’s usually because they don’t know enough about them. CEOs are responsible for bringing along potential successors by exposing them to the board and the community.

Stakeholders need to understand that a succession plan is an indicator of a strong board. There’s often a perception that appointing an internal person is a failure of governance, when in fact it’s just the opposite. Succession planning matters. CEO searches take six to nine months, sometimes leaving organizations in limbo. Uncertainty about the new direction and leadership can lead to increased turnover and low morale. Search firms often charge in excess of $100,000.

Choosing a leader is a board’s most important role. In a 2012 survey, 8 of 10 charter board members and leaders called succession planning important. But only 1 in 4 had a plan.

Mollie Mitchell is president of The K12 Search Group in Austin, Texas.

Mollie Mitchell is president of The K12 Search Group in Austin, Texas.