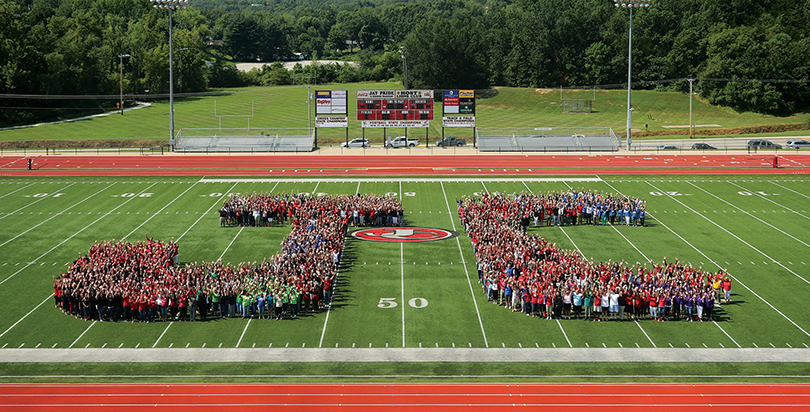 This article is one in a series at The Seventy Four which profiles the heroes, success stories, unexpected surprises and randoms acts of kindness to be found at schools all across America. Read more of our recent inspiring coverage at The74million.org/series/inspiring.
When students in a sixth-grade contemporary issues class at Thomas Jefferson Middle School in Jefferson City, Missouri saw a news broadcast on school overcrowding, the story hit home. Their campus is poised to add 75 more sixth-grade students to its roster next year, but their current space is already nearing capacity.
“It’s a problem now, and it’s going to be an even bigger problem in the years that come,” student Cody Elliott told the News Tribune.
But teacher Jeni DeFeo wanted her kids to go beyond merely recognizing the problem and praying that someone else figures it out. So when the students asked her if they could study the problem in depth in “Contemporary Issues,” she said yes.
“I’ve told them that you can’t complain about an issue unless you’re part of the solution,” DeFeo told the paper.

Posted by News Tribune on Sunday, October 18, 2015
The students were divided into two groups. One examined the addition of trailers to the school’s campus while the other looked at reusing existing space within the school. They spoke with the financial director at Jefferson City Public Schools to learn how to budget their options.
The students quickly learned the hard numbers: A new trailer costs between $80,000 and $85,000 plus an additional $25,000 for electricity, steps and ramps. Three trailers would be needed to create two new classrooms, with a final cost between $352,000 and $450,000.
The students also learned about building codes and permits that would be required to add the trailers, which would take up 16 parking spaces in the school’s lot.
The second group found that basement space and computer labs could be split up to add two new classrooms. They also calculated the cost of reorganizing teaching teams. A team of four teachers with 115 students would cost $500,000 while a team of two teachers and 55 students would cost $250,000.
Last Thursday, the class presented their numbers and conclusions to the district’s superintendent, Larry Linthacum, who indicated that he was likely choose the plan that reuses existing space.
“It’s a reminder for us that if there’s any wasted space, then it’s part of stewardship to use it better,” Linthacum told the News Tribune. “From a sixth-grade perspective, it was really interesting.”
Students say they learned education costs a lot more than they expected, but that its ultimate value is priceless.
“It really hit me,” sixth-grader Emma Sellers told the paper. “Our community is growing so fast. We need to take care of it, because we’re here to learn.”
Submit a Letter to the Editor
October 21, 2015