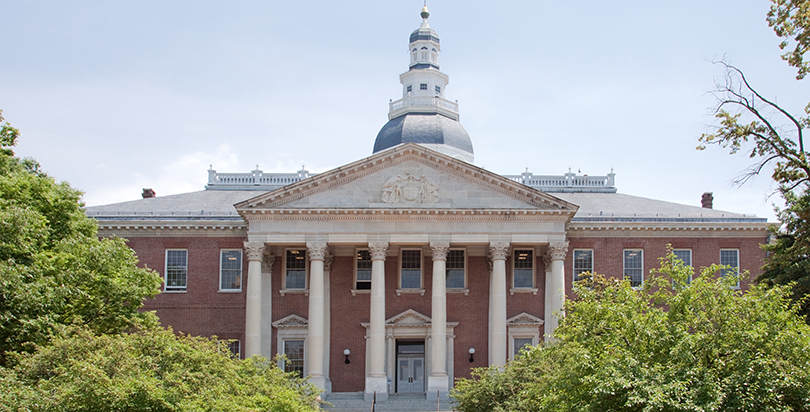 A year after Maryland lawmakers created the state’s first private school voucher program, indications are that the state is gearing up for big changes to address low-performing schools as education officials work to draft a plan to comply with the federal Every Student Succeeds Act.

At the forefront is state Board of Education President Andrew Smarick, a federal education official under President George W. Bush who has spent much of his career on school reform. (Smarick has also published essays with The 74.) At the board’s December meeting, Smarick called for a larger emphasis on fixing low-performing schools and suggested that lawmakers expand the voucher program and create new charter schools. That conversation is expected to resume Tuesday, when the board reconvenes for its January meeting.

The push comes amid a heated debate over the voucher program, which the state teachers union and local officials contend pulls money away from traditional public schools.

Unusual for a traditionally Democratic state, the Maryland school board is dominated by appointees of a Republican, Gov. Larry Hogan. These include Smarick and Chester Finn, a former assistant secretary of education under President Ronald Reagan and president emeritus of the Thomas B. Fordham Institute, a conservative think tank.

Finn has recommended that Maryland establish a state-run recovery school district, similar to the one created in New Orleans after Hurricane Katrina, for the lowest-performing schools.

“We’re really thrilled to see some of the state leaders talking about providing real solutions for these thousands of Maryland families who are trapped in schools that, quite frankly, just don’t prepare children for college and career readiness,” said Jenese Jones, deputy director at MarylandCAN, an education-reform advocacy group.

Last year, Maryland lawmakers approved a $5 million private-school voucher program as part of the state’s $42 billion operating budget — a surprising move for a Democratic-controlled legislature. For about a decade, state lawmakers, including Democrats, have pushed for an education tax-credit program totaling up to $50 million. In the governor’s proposed budget for fiscal year 2018, released last week, overall K-12 spending would grow to a record $6.4 billion and the voucher program would increase to $7 million as part of a plan to double the program’s funding over three years.

In the program’s first year, however, the students who benefited from the vouchers have become a flashpoint.

Of the more than 2,400 students who received tuition assistance through the program this school year, about 1,900 were already enrolled in private schools. The program “merely subsidizes private schools with taxpayer dollars that could be going to public schools,” Sean Johnson, the Maryland State Education Association’s legislative director, told The Baltimore Sun.

In Baltimore, school officials say they lost about 300 students to the voucher program this year. The drop in students, and the attendant loss in school funding, came as the city district faces a $129 million budget deficit. Hogan’s proposed budget includes a $42 million reduction in school funding for Baltimore.

But Jones said vouchers allow low-income families to escape the “injustices” of low-performing schools. Although a final state plan for ESSA isn’t due to federal education officials until the fall, she said early proposals are “definitely looking to be a strong and bold change for the state.”