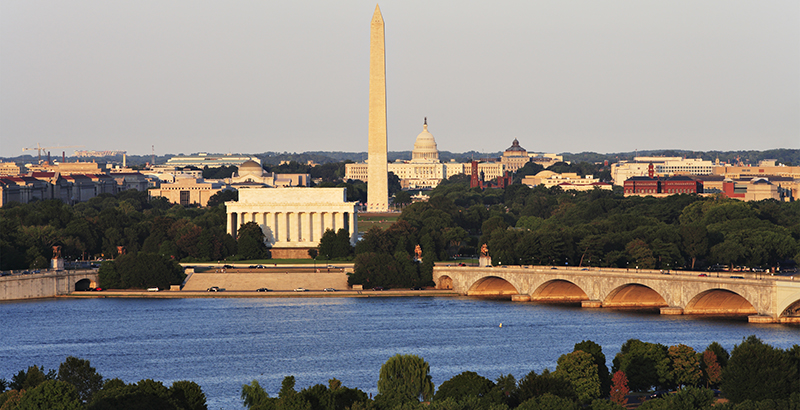 In 1996, the Financial Responsibility and Management Assistance Authority — commonly known as the D.C. Financial Control Board, the federal entity that took over the District’s finances in the mid-1990s — released a startling report titled “Children in Crisis.” Its goal: to document the state of public education in the District.

The D.C. Public Schools are “failing … the school system as a whole is in a state of crisis,” it proclaimed. “DCPS fails to teach its pupils even the basics of education.”

The report’s message was clear: In the nation’s capital, our kids were relegated to perhaps the poorest-run school system in America.

But two decades later, the landscape in Washington’s schools has dramatically changed. D.C. is reversing declines that seemed so intractable 20 years ago. The District has invested in educators, paying them more and supporting them more deeply. Its innovative and robust public school choice system delivers more options than ever before. More families are sending their children to public schools, with enrollment climbing every year.

The District’s public education system is now a national model, and a recent report outlines how far the city’s schools have come. The “State of D.C. Schools,” released by the D.C. Policy Center, is the first independent examination of District schools, aggregating data points from a variety of sources to give parents, policymakers and stakeholders access to a wide array of information in a single, easy-to-understand format.

The takeaway? D.C. schools have made dramatic, rapid strides on a wide variety of metrics — and there is still far more to do.

On the National Assessment of Educational Progress, for example, results released last fall demonstrated that while scores across the U.S. slid backward, D.C. was a significant bright spot — only it and one state showed improvement across three of four grades/subjects assessed. In the past four years alone, D.C. students overall have improved math and English test scores by 9 and 12 percentage points, respectively, building on dramatic gains in 2011, 2013 and 2017.

Perhaps most illustrative of the District’s progress is its improvement relative to other urban school systems. In 2011, the District was at or near the bottom of large urban districts across every subject and grade, as measured by NAEP’s Trial Urban District Assessment. As of the 2019 results, the District has leaped to the upper half of that list, moving 10 places in just eight years. Also promisingly, the District’s black and Latino students now on average outperform their demographic peers in urban districts, a significant and important reversal since 2011.

Yet the report points out that important gaps remain, especially for at-risk students, students who are black and Latino, and students with disabilities.

Just 8 percent of special education students meet or exceed grade-level expectations, according to the most recent PARCC assessments. That is far below the 44 percent of general education students who meet or exceed that standard — a figure that itself demands our sustained attention. What’s more, gaps are widening in math between white students and their black, at-risk and English learner peers. At the same time, at-risk black students are nine times as likely as their white peers to be suspended.

How do we tackle those challenges?

First, resources for schools that serve high populations of economically disadvantaged children must increase. Mayor Muriel Bowser’s recent commitment to boost per-student funding by 4 percent is an important start. In addition, funding must be distributed equitably, to help those students who are furthest from opportunity the most. The funding weight specifically for at-risk students must be bolstered to ensure that schools have all the resources they need to equitably serve them.

Reforming the D.C. school lottery to ensure equitable access for the most vulnerable students is another commonsense step. Allowing school leaders to prioritize at-risk students through an optional lottery preference could give these children a better chance of getting into schools that are right for them.

Nearly half of District students attend public charter schools, which rely on a facilities allotment to pay the costs of their buildings. After next year, there is no defined funding level for that important budget item. The District should commit to a 2.2 percent long-term annual increase so school leaders can reliably plan to provide safe and strong learning environments.

And the District should continue to create and grow the kinds of great schools that families and communities want, particularly in neighborhoods that lack the high-quality options they deserve. A recent investment in Ballou and Anacostia high schools — which were among the city’s lowest-performing — incorporated feedback from thousands of families and found that redesigns should be based on what students indicate they want, along with expertise from educators. Finally, schools should continue to invest in teachers and leaders to ensure that they have the skills and resources to support all learners.

The story of the D.C. schools has reached an inflection point. Will the District continue on its trajectory of improvement or slide backward and undermine two decades of progress?

And as parents, educators, advocates and policymakers look to make that choice about our future, we should heed lessons from the past. As that 1996 report noted, “The District must make education reform its highest priority if it is to save itself.”

“Our children’s futures depend on it.”

Maura Marino is co-founder and CEO of Education Forward DC, a nonprofit launched in 2016 with input from community leaders, grantees and partners to help ensure that all students and families in Washington, D.C., have access to a high-quality, equitable public school.

Maura Marino is co-founder and CEO of Education Forward DC, a nonprofit launched in 2016 with input from community leaders, grantees and partners to help ensure that all students and families in Washington, D.C., have access to a high-quality, equitable public school.