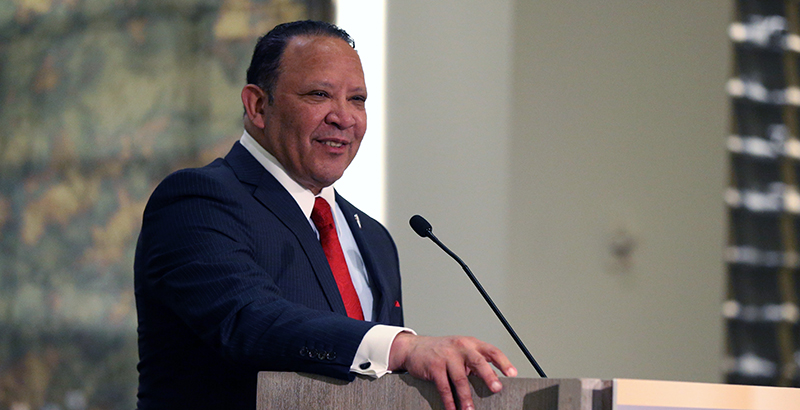 It’s time to stand together in a unity / ’Cause if not then we’re soon to be / Self-destroyed, unemployed/ The rap race will be lost without a trace / Or a clue but what to do / Is stop the violence and kick the science / Down the road that we call eternity/ Where knowledge is formed and you’ll learn to be / Self-sufficient, independent / To teach to each is what rap intended / But society wants to invade / So do not walk this path they laid.

The year was 1989. The crime epidemic fueled by crack cocaine trafficking was reaching a peak in America’s cities. A third of black families were living in poverty, half of black children were growing up poor, and black unemployment was 11 percent, according to the 1989 “State of Black America” report.

At a news conference announcing the release of the 1989 report, a reporter noted that “there are fewer and fewer black males on college campuses” and asked contributor Reginald Wilson of the American Council on Education to comment. Calling it a “systemic problem,” Wilson said, “Blacks as a whole in higher education are losing ground. Black males are losing ground worse than anyone else.”

John E. Jacob, president and CEO of the National Urban League at the time, saw a generation of children at risk — at risk of drug abuse, crime and incarceration, at risk of dropping out of school, at risk of unstable family lives and early, violent death.

In response, he created the National Urban League Incentives to Excel & Succeed — NULITES. In the summer of 1990, the first NULITES Youth Conference was held in New York City on the campus of Columbia University.

Thirty years later, Jacob’s vision has grown into one of the nation’s largest and most ambitious educational events for young people anywhere in the county. And when the National Urban League convenes its 2019 conference in Indianapolis at the end of July, alongside the thought leaders, elected officials, celebrities and presidential candidates will be more than 300 youth of high school age from around the country.

More than just an annual conference, NULITES was founded as the youth auxiliary membership of the Urban League Movement, promoting and developing leadership abilities and providing an opportunity for young people to be part of the nation’s largest historic civil rights and economic opportunity organizations.

NULITES was based on seven principles:

● STRIVE for excellence at home, school and in my community;

● WORK within my neighborhood to further its development;

● RESPECT my mind and body as well as the minds and bodies of others;

● CELEBRATE my heritage and culture as well as those of others;

● CREATE a better future for my family, other people and myself;

● CARE for the world’s people and environment; and

● PROMOTE a universal spirit of cooperation and peace.

NULITES has evolved into the National Urban League’s signature education and youth development program, Project Ready, and the conference has been rebranded the Youth Leadership Summit. But the principles on which NULITES was founded continue to guide our work.

Since 1990, the NULITES/Youth Leadership Summit has been held in 15 states and at 22 colleges, including five HBCUs — Coppin State, Dillard University, Howard University, Spelman College and Texas Southern University.

As it does most years, the theme of the 2019 Youth Leadership Summit — “UNITED! One Team. One Dream” — reflects the theme of the National Urban League’s 2019 Conference, “Getting 2 Equal: United Not Divided.” America is at a point of division on several levels. The Youth Leadership Summit is an opportunity for students to use the tools at their disposal to work toward bridging these divides.

Management consultant Peter Drucker said, “There is no success without a successor.” Nothing is more emblematic of the success of the Urban League Movement than the Youth Leadership Summit. One example of the leadership skills and passion for justice honed at the Summit was on display at the March for Our Lives demonstration last March. Nearly 800 Urban League youth from the Project Ready program made their way to Washington, D.C., to demand change. As the signs they carried proclaimed, “These kids did not come to play.”

I look forward to celebrating the 30th anniversary of the Youth Leadership Summit in Indianapolis. The time I spend with the students gives me the most rewarding moments of our conference each year, as I am immersed in their strength, intelligence and talent. It gives me great confidence in the future of our movement to know they are the next generation of leaders, our successors.

Marc Morial is the president and CEO of the National Urban League. He served as mayor of New Orleans from 1994 to 2002.

Marc Morial is the president and CEO of the National Urban League. He served as mayor of New Orleans from 1994 to 2002