#LoveMySchoolDay: How America’s Teachers Jumped on the Day’s Trending Topic to Bring the Internet Into Their Classrooms 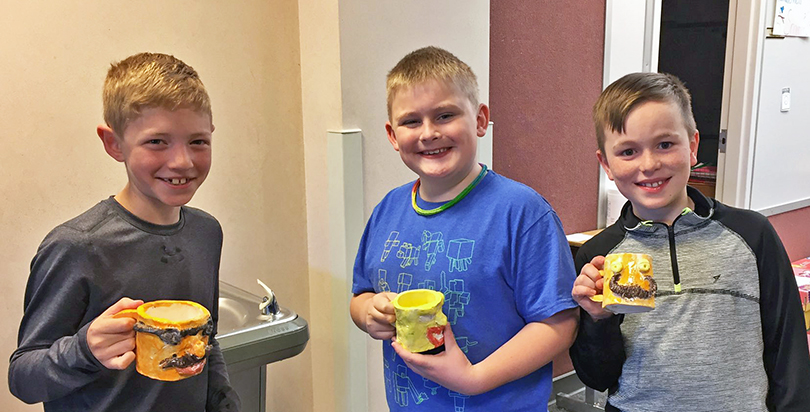 This article is one in a series at The 74 which profiles the heroes, victories, success stories, and random acts of kindness to be found at schools all across America. Read more of our recent inspiring coverage at The74million.org/series/inspiring.
All across America Tuesday, students got the chance to say on social media why they love their schools. But it wasn’t the kids’ cute anecdotes that won the day — it was the intimate view provided by their teachers of engaging classrooms and inspiring lessons.

The hashtag #LoveMySchoolDay started gaining traction on Twitter with photos and videos of students saying what made their schools stand out: The teachers are nice! The playground is fun! My school is the best!

While the students shouted accolades, their teachers harnessed the power of the tag. They used the topic, trending nationally in Twitter’s top 10 for most of the day, to show everything from kids learning about science through kitchen chemistry to students getting excited by an integrated music/English class.

(The 74: Can a Robot Help Teach Classics of Literature? Sphero’s Ed Uses Range From STEM to STEAM)

Here are just a few of the inspiring social media posts we caught:

Students planted flowers in front of the school #LoveMySchoolDay pic.twitter.com/Fo1OAC31t9

I'm always amazed by the creativity & talent of our #SMSwaukee Ss walking in our art rooms! #LoveMySchoolDay pic.twitter.com/PZPOOwoDvC

Materials ✔️ – 3rd gr Ss ready to engage in the 4Cs to demo the life cycle of a plant/animal #LoveMySchoolDay #makerspace #RocketsRock pic.twitter.com/Ms3zdVA9Dn

4th grade using their creativity to "draw what they hear" during their read aloud ?✏️ #LoveMySchoolDay @mustangpride204 pic.twitter.com/UBTHPQxQa4

Ss adopted an S in Ethiopia; walk around the gym in the morning to see if we can walk from Buhler to Ethiopia.#LoveMySchoolDay #BGSlearn pic.twitter.com/2w2S7z0tTn

These guys were really excited to use their mugs they created in art class. #LoveMySchoolDay @JesElementary pic.twitter.com/SmVtNWCJPI