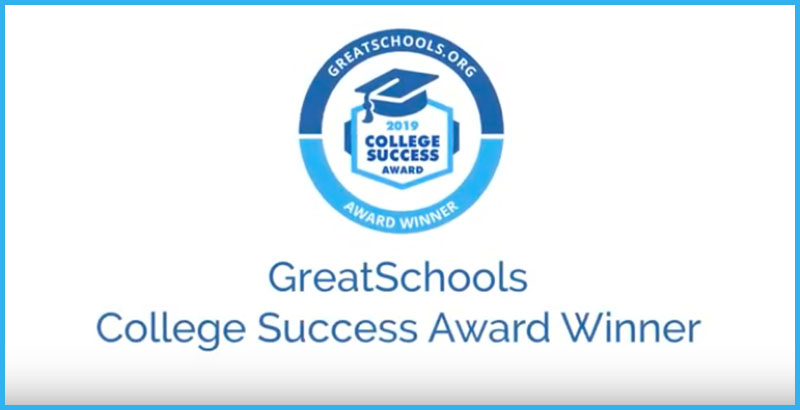 “It was always arguments, drama, fighting,” Lashawn Pettaway Polen says of his previous school. “If I did more [schoolwork] … I would become a target.” Eight years ago, his mother transferred him to North Star Academy, an Uncommon Schools charter school in downtown Newark. This spring, the high school senior will graduate with eight Advanced Placement classes under his belt and a plan: “I want to major in psychology and become a child psychologist.”

North Star has been a game changer for its primarily first-to-college students since it opened in 2000. But for the average American student, the view isn’t so rosy. Only 67 percent of high school graduates go to college, and only 38 percent are actually considered ready for college and career when they graduate. For low-income students, the statistics are bleaker still: Only 2 percent are considered college and career ready, and only 26 percent earn a college degree within five or six years.

The economic implications are staggering — one study estimated that the U.S. GDP would rise by $100 trillion if our high schoolers could catch up to Finland’s kids.

Against this dismaying backdrop, gathering data on which high schools are helping kids succeed in college is more urgent than ever. In 2018, GreatSchools set out to find those schools, using newly available data on college preparation, enrollment, persistence and remediation. Our first College Success Awards identified 814 high schools across nine states. This year, we’re honoring 1,722 public high schools in 25 states based on an updated methodology that also identifies those that help low-income students succeed.

Not surprisingly, many of the winning schools serve children of the “haves.” But 39 percent of this year’s winners have low-income student populations of 40 percent or more. How do these schools break the mold? Seeking schools that could be models for educators and policymakers across the nation, we took a deeper look at the highest-performing winners serving low-income students.

Many of the low-income award winners are selective: early college schools where students start college in 11th grade; gifted programs that admit based on test scores and grade point averages; charter high schools that accept students only from rigorous feeder schools; magnet schools that require a minimum 3.0 GPA. These schools drive performance in part by limiting the student pool. They are excellent, but they are not models for everyone.

When you remove the advantages of an affluent or selective student population, are there still high schools that successfully prepare kids for college success? Yes — and they include district, magnet and charter schools.

But they’re far from ubiquitous. In Massachusetts, known for its impressive educational standards, precious few College Success Award winners serve low-income students. In Texas, however, which ranks 36th in the nation in per-pupil spending and educates many English learners and low-income students, high schools that close the college gap are plentiful.

Veterans Memorial Early College High School in Brownsville is a prime example of how Texas is leveraging early college/dual enrollment — not just for an elite few, but for everyone. Despite serving a population that’s 97 percent Hispanic and 92 percent low-income, Veterans staff encourages all students to explore the school’s 13 dual enrollment classes, as well as enroll in its 20 AP classes, as early as freshman year.

The high school maintains close ties with local colleges, and Veterans staff meet with college representatives regularly to plan the dual enrollment program. The school also offers 16 vocational certifications to help students pay their way through college. It’s all part of the larger plan to make college accessible and affordable.

Four years ago, award winner Elizabethtown High School, in central Kentucky, launched an effort to help all students prepare for the rigors of college. First, administrators got rid of the less rigorous “college and career readiness” track and jettisoned requirements for Advanced Placement classes. This policy shift nearly doubled the number of students enrolling in AP. The school also upped the number of AP classes on offer from eight to 14; now, any student can choose from 14 advanced courses, including AP Physics, AP Statistics and AP Human Geography. Along with higher expectations, the school invested more in tangible support for students. Math and reading study sessions are held twice a week, and one Saturday a month, the school opens to give students extra help on schoolwork. Students also can use the school’s washer and dryer to clean their clothes and access free toiletries to shower at school.

At Arabia Mountain High School, a magnet school in suburban Atlanta, rigorous academics and robust career pathways provide 1,400 students, 98 percent of whom are African American, with a practical approach to their futures. All students must pick a pathway to gain skills in a career field such as engineering, culinary arts or digital media. Experiential STEM opportunities are also key to the school’s success. For example, all students must take an environmental science class where they conduct research on solving a real-world problem.

At President William McKinley High School in Honolulu, alumni and community members fund, mentor and inspire students’ aspirations. The McKinley Foundation doles out $80,000 in scholarships each year to seniors headed to college. A community mentorship program matches low-income seniors with successful professionals who guide students through their first year of college.

The Hall of Honor, which celebrates alumni who have meaningfully given back to their community, offers students a tangible picture of how individual purpose leads to a better community.

At Newark’s North Star Academy, every element is designed to help students succeed in four-year college. When the school noticed that graduates with high school GPAs under 2.5 were more likely to struggle in college, they created a weekly workshop where students analyze their schoolwork and create goals to improve their study habits. When the school saw that only 6 percent of alumni were choosing STEM majors, it vastly increased the number of advanced STEM classes.

When research revealed that low-income students struggle in college because they lack college-savvy support, the school created an alumni department that emails, texts and visits college freshmen to help them navigate their new life.

Having identified schools that are helping all students succeed, we can begin to tell their stories and share their insights. Thanks to the valuable data collected and shared by 25 states, we can shine a light on the brilliant work educators are doing. As we learn from these schools, we can help ensure that more students get the preparation they need to make it to college and succeed once they’re there.