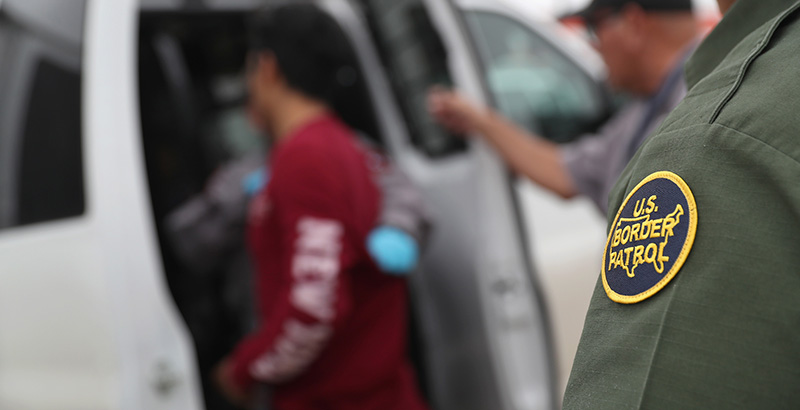 Every time Ana Ponce drives down the highway between Los Angeles and San Diego, she’s haunted by a childhood memory: her night in lockup — the sterile white room, the sounds of crying, and the fear she might be lost.

Born in Mexico, Ponce moved to the U.S. when she was 4, and, even as a young undocumented child in Los Angeles, she knew her family was unwelcome. Still, the family took frequent trips across the border to visit relatives in Mexico. She was 7 or 8 when she took the drive south for the holidays with her aunt — and got caught. Immigration authorities pulled them over, shuffled them into a detention facility overnight, and loaded them onto a Tijuana-bound bus the following morning.

It all worked out in the end. Family members met them at the bus drop-off point in Mexico and, shortly after, they returned north to their home in Los Angeles.

Several decades later, Ponce is CEO of Camino Nuevo, a network of charter schools where a majority of children are from immigrant households. As the Trump administration ramps up arrests and border enforcement remains a hot-button issue, deportations — and the trauma they inflict on young people — have worked their way back into Ponce’s life. 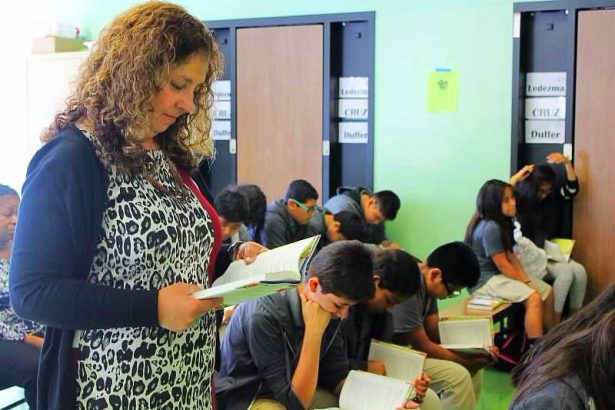 Since several parents came forward about the deportation of their spouses last school year, the charter network has been grappling with ways to support the families they serve. Camino Nuevo has eight campuses serving about 3,600 students from pre-kindergarten through high school. Although the network doesn’t ask its students about their immigration status, about 90 percent of children come into the network as English language learners, said Nicole Brown, the principal at Camino Nuevo’s Kayne Siart campus.

Under President Trump, immigration enforcement has grabbed the attention of education leaders across the country, particularly in the Los Angeles Unified School District. Conversations around immigration enforcement are likely to continue as students return to classes this fall after a summer in which thousands of undocumented children were separated from their parents. In July, the Los Angeles school board voted unanimously to denounce family separation at the border, vowing to provide emotional and legal support to any of the city’s students affected by the policy.

Educators across the country have had similar concerns. In a small Nebraska community in early August, teachers opened an elementary school that had been closed for summer break to shelter children after immigration agents swept the town in a series of workplace raids.

“We are living in a state of fear that I have not experienced in a long time, as an immigrant, as a Latina, as a person of color in this country,” Ponce said. “Our families need to feel safe, and they need to feel like we’re supporting them, and they need to know that we are going to be here with them. We have to own the fear that they live with.”

For one family in the Camino Nuevo network, their worst fears unfolded just after the new year. It was early January when Carmen, the mother of seven U.S.-born children, told Brown her husband had just been deported.

He was on his way to his job installing kitchen cabinets when immigration authorities scooped him up in an early-morning bus stop raid, said Carmen, 45, who asked that her full name not be used. This year, her four youngest children are enrolled at Camino Nuevo.

Just hours later, the father was deported to his native Mexico, more than two decades after he and his wife immigrated to the U.S. for job opportunities and so their children could attend college. When Carmen went to pick up her children from school that afternoon, Brown noticed she was crying.

“She immediately said, ‘OK, come to my office and just relax,’” said Carmen, who was a stay-at-home mom at the time. With the family’s breadwinner deported, basic necessities like food became scarce. Quickly, Brown jumped into action.

Everyone at the school was informed of the situation. The school posted a fundraising campaign on GoFundMe to help cover the family’s living expenses. After circulating the link among the school community, the campaign raised $13,000 — $3,000 above the goal.

“I was able to pay my rent for January, February, March, April, and May,” until she was able to get a job, Carmen said. “It was a really, really hard moment for us, but I’m really thankful for the school, how they supported us and my kids. They are very thankful too.”

For Carmen and other families in similar situations, school leaders addressed the trauma experienced by both students and their parents.

The school counselor and the student and family services coordinator led “community circles” so students could discuss their circumstances. Their mental health team offered counseling.

“Know Your Rights” workshops offered parents information about how to stay out of trouble with immigration authorities and how to navigate the system if they ever wound up in custody. In the event authorities picked them up, parents were instructed to create plans for their kids. Camino Nuevo also keeps a National Immigration Law Center tip sheet on its website to inform parents of their rights, along with a Department of Homeland Security fact sheet that says officials won’t target schools and other “sensitive locations” for enforcement.

If confronted with family deportations, it’s important for the school to be up front, said Brown, the Kayne Siart principal. “Hopefully, more solutions can come from that,” she said, “or at least people feel like they’re not alone.”

Ultimately, the deportation of Carmen’s husband prompted other parents to come forward about their own experiences with immigration enforcement — which helped put the issue into perspective. School leaders faced a “reality check,” said Cristina González, Kayne Siart’s student and family services coordinator. School officials realized they lacked the resources to handle the scope of the problem.

While many families shared their experiences with school leaders, Brown said the openness is tinged with hesitation because, as an independent school system that receives public funds, the schools are connected to the government. “I know there are more examples of [this] happening and people just don’t feel comfortable sharing,” Brown said.

As the school year kicks off, that’s an issue Camino Nuevo hopes to tackle. Now, Brown said, school leaders are working to better understand the size of the problem “and not assuming that if we don’t hear anything that everything is OK.” Meanwhile, the network plans to hold more frequent “Know Your Rights” workshops and is considering offering more group counseling sessions as demand exceeds counselors’ current availability. 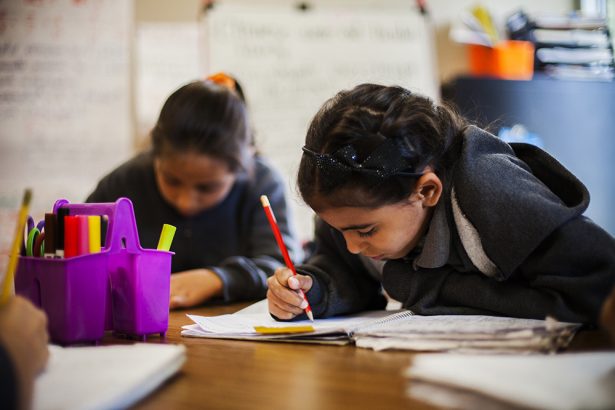 Ponce said it’s crucial that children show up to class ready to learn, but trauma can get in the way. She said she still gets scared when she passes by the detention facility between Los Angeles and San Diego. As officials at the charter network increase efforts to support immigrant children, she said it’s important that her staff recognizes trauma and the ways it can impinge upon student learning.