Linehan: Meet 7 Young Education Reformers Who Flourished Thanks to School Choice — & Are Sure to Become the Leaders of Tomorrow 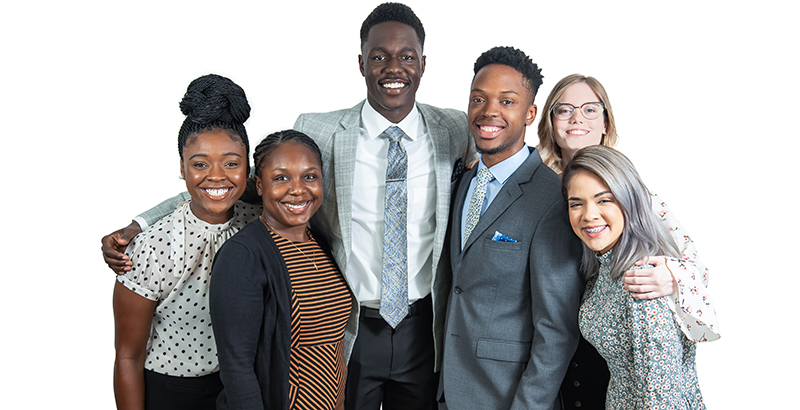 Education reform organizations exist at the national, state and local levels to improve an education system that has failed — and continues to fail — too many children. As a self-described reformer, I’m proud of the work we do and honored to work alongside others committed to ensuring that every child receives a high-quality education.

That said, something stands out among reformers: In achieving our success, few of my colleagues required the reforms for which we advocate. In fact, for many of us — largely white and privileged — the system we fight against enabled us to be where we are today. While conversations regarding race and poverty frequently intersect with education reform policy, often missing among those voices are men and women who grew up poor, black or brown. We just don’t hear from those who view reform as a path to a better future for themselves.

Meanwhile, children who have benefited from reform policies are coming of age and ready to launch their own careers. For young people who have participated in a school choice program, education reform isn’t only a career option to consider — it is a history to own and a future to live.

Taking this into account, this year, the American Federation for Children launched the Future Leaders Fellowship to empower those who have experienced the benefits of reform to control its future. The fellowship was born out of our Voices for Choice project, which amplifies the stories of school choice program students and families. Voices for Choice brought many of the issues enumerated above to light and magnified the contrast between the reform sector as it exists today and how it might, and should, look tomorrow.

Our first Future Leaders Fellowship cohort consists of seven remarkable young men and women, all graduates of a school choice or needs-based scholarship program. They have just begun to recognize the power in telling their stories.

Walter Blanks attended a school in Ohio that the state classified as failing. He was years behind grade level in math and reading by fourth grade, and his parents were called to the school often to address his behavior. In addition to not being academically challenged, Walter was constantly bullied. So, when his parents found out about Ohio’s Ed Choice Scholarship, they enrolled him in a private school. Walter credits that change with not only putting him on the path to college graduation but also saving him from the fate many black boys from his neighborhood faced: prison or the grave.

Leidiana Candelario was born in the Dominican Republic and immigrated with her family to Miami. She lived in a room behind her father’s shop. Low expectations and bullying made her hate school. She begged her parents not to make her go each day. A scholarship through Florida’s Tax Credit Scholarship program allowed her to attend a private school that she credits with changing her life trajectory. Today, Leidy is a full-time college student studying English literature and working part time in a charter school.

Ashley Elliott was born addicted to drugs. Her disabled grandmother eventually adopted her, her brother and her cousins. They grew up in extreme poverty, with unreliable access to food or electricity. By the time Ashley was in high school, she was skipping class often and had all D’s and F’s. Then, one of her teachers encouraged her to apply for Florida’s tax credit scholarship program. Ashley spent her last two years of high school at Victory Christian Academy, participating in sports for the first time and making honor roll. Today, she attends college full time and is considering a career in education policy.

When Kenya Green was in middle school, a teacher recognized her potential and encouraged her to apply for Milwaukee’s choice program. She credits her private high school with putting her on a far better path. She went on to earn her bachelor’s degree in communications and is currently raising her 8-year-old brother, working with the Wisconsin Federation for Children and exploring graduate school opportunities.

Jacob Idra’s earliest memories are of a refugee camp in Egypt. His family fled war-torn South Sudan and eventually settled in Omaha, Nebraska, in a neighborhood with some of the lowest-performing public schools in the state. With the help of Children’s Scholarship Fund, Jacob attended private school. Today, he attends Creighton University on a full scholarship.

Samantha Jones is the oldest of four girls. She attended six elementary schools and moved 19 times before she was 18. After leaving Mississippi for Arizona, Samantha’s mom learned of the state’s tax credit program. Samantha enrolled in private school, graduated third in her class and received more than a half-million dollars in merit-based college scholarships.

Joi Taylor was born when her mother was 17. She wanted better for her daughter, so along with Joi’s grandmother, she worked to find a private school for Joi, and a scholarship ultimately made her attendance possible. Though Tennessee did not have school choice programs at the time, Joi has been an advocate for legislation to expand educational options to lower-income families in the state.

With this first fellowship cohort and those to follow, and in collaboration with many preeminent leaders, we hope to plant the seeds of a new generation of leadership in the now-mature education reform sector. We can provide professional development, training in advocacy and communications, and exposure to policies and policymakers as well as to reformers and reform organizations. But the fellows can provide something more: a unique perspective of the past and a fresh vision for the future.

Katie Linehan is deputy communications director for the American Federation for Children.

Katie Linehan is deputy communications director for the American Federation for Children.