Lim: Technology Can Break Down Barriers Between Schools and Families, No Matter What Languages They Speak 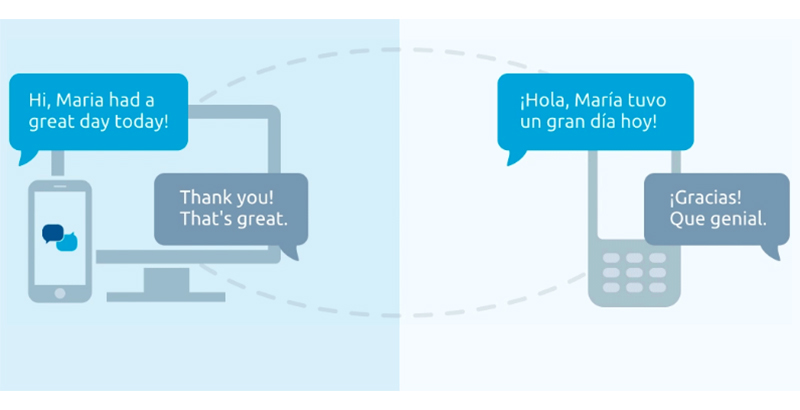 One in four children in the United States is born to an immigrant family, according to the Annie E. Casey Foundation, and there will be 40 million children born to immigrant or underserved families by 2030. These children are becoming one of the fastest-growing student demographics, with states in the South and Southeast seeing the number of English learner students double year after year. Yet school systems, educators, and communities are not adequately prepared or resourced for this pace of change. Only about two-thirds of English learners graduate from high school, a rate nearly 20 percent lower than that of their English-speaking immigrant peers.

This problem is solvable. It’s proven that parental engagement has a stronger positive impact on student success than even factors like socioeconomic status. Having been an English learner myself, I would not be writing this piece (in English!) had it not been for my own mother, who engaged in my education and became a parent leader in the Korean immigrant community I grew up in. Two decades later, with accessible technology in the classroom and mobile phones in the hands of nearly every parent, we can create a communication bridge to schools that connects communities, shifts mindsets, and builds knowledge and skills for multilingual families. We do this through a multilingual family engagement platform powered by artificial intelligence and human two-way translation, and supported through coaching for educators and parents.

We’re seeing demand for support increase across the country, especially in states with fast-growing immigrant populations such as Georgia, the Carolinas, Texas, Colorado, and Tennessee, in addition to traditionally underserved, diverse school districts like those in New York City and California.

To increase student success, a school community must be able to meet parents where they are to build trusting, caring, and empowering relationships that transcend cultural and linguistic barriers. The first step to human connection is accessible communication, which in turn gives teachers and schools the opportunity to partner with parents in building shared goals around students’ success.

At TalkingPoints, we have facilitated more than 5 million conversations for a quarter-million families across the country through a web and mobile application and text messages in parents’ home languages. When communications are in their native language, family members are more informed, and they feel welcomed and included in their community — more than 90 percent of families who use TalkingPoints become more engaged with their school (and, more broadly, civic) communities. This impact ranges from increased attendance at events and volunteering to having more conversations about school at home, leading to improved student outcomes.

Increased partnerships between parents and teachers have led to fourfold increases in homework assignment completion, with even more significant gains for at-risk students. They also have resulted in more engaged students in classrooms and a dramatic gain in reading participation for parents at home — which has increased up to six times, extending students’ learning time. Above and beyond improved learning outcomes, students feel safer and more stable when they do not have to play “adult” in relaying information or serving as the bridge between their two worlds — school and home.

This connection is particularly important among refugee students. Trusting relationships mean that educators are able to tap into the wealth of information and knowledge from families that aid their teaching — for example, we had a Yemeni refugee student’s father share with her English as Second Language teacher that this 10-year-old girl had never had a formal education while living in a refugee camp. Without that shared information, the student most likely would have been placed in remedial classes, significantly diminishing her chances of catching up to her peers.

Being able to engage with the school community in their own time, in their own languages, empowers and stabilizes families above and beyond student learning outcomes. For example, a Hispanic parent in Oakland told us that her relationship with her Spanish-speaking, less-educated husband changed after he started receiving information in Spanish about what was happening at school. He was able to help, become more involved, share the responsibility of attending school events and parent meetings, and make sure their children were doing well academically. Since the school is now sending information in both English and Spanish, the couple are able to work as a team.

Both teachers and parents need additional support to overcome barriers to meaningful engagement. Teachers say they’d like more support in engaging with families of diverse backgrounds, especially in the absence of professional development targeted toward family engagement. Parents want more information on how to work with their child at home and, for those who didn’t attend school in the U.S., how the American education system works, and how they can help.

Accessible technology can play a huge role in bridging these gaps, as well as in personalizing education and coaching for both teachers and parents to guide them in a timely, relevant way. By leveraging those tools, we can help school communities build trusted relationships with parents — even those from the most vulnerable and marginalized populations — so they can work together toward the shared goal of helping students feel supported to learn, grow, and succeed.

A former English learner, Heejae Lim is CEO and founder of TalkingPoints, a technology-driven nonprofit with a mission to unlock the potential of families and human connections for student learning.

This essay was produced in partnership with Carnegie Corporation of New York, which provides financial support to The 74.

A former English learner, Heejae Lim is CEO and founder of TalkingPoints, a technology-driven nonprofit with a mission to unlock the potential of families and human connections for student learning.