Legg: With Nearly Half of Florida Students Now Exercising School Choice, Distinctions Between ‘Private’ and ‘Public’ Matter Less Than Customization 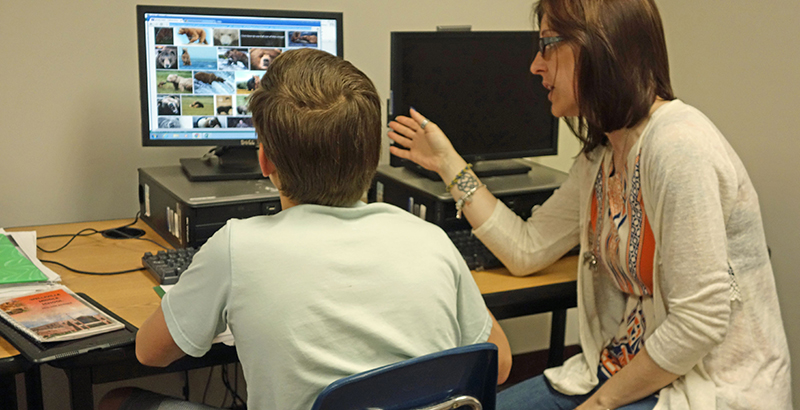 As Florida expands its ambitious menu of private school options for public education this year, a new scholarship for elementary children who struggle with reading has attracted little notice. This new “reading scholarship account” scrambles the deck on educational choice.

It is a scholarship for students who attend public schools. Go figure.

The Reading Scholarship will serve public school students in grades 3-5 who score poorly on the state reading test and, in some cases, are held back a grade. The scholarship is $500 a year, and can be used to pay for tutoring, afterschool and summer programs, curriculum, and instructional materials. The first-year appropriation — $9.7 million — will pay for 19,400 students, though the eligible pool is probably 10 times that amount.

This scholarship was championed by Michael Bileca, a Miami-Dade Republican, who is chairman of the House Education Committee, and is conceptually reminiscent of the free tutoring programs developed by bipartisan education advocates under the federal No Child Left Behind Act. This scholarship is driven by the educational principle that children must learn to read so they can then read to learn.

Notably, though, Bileca did not try to simply thread more money into district elementary reading budgets. When asked why he instead sought the reading scholarship, which gives parents the decision on how to spend it, he was direct: “The parent is the most influential person in the child’s life.”

His point — giving all parents more influence over the way their child learns — is the core principle of educational choice. This scholarship, perhaps more than any other, helps to underscore the broad dimensions of this belief. Though our national debate on choice still gets mired in the strict dichotomy of public vs. private, that distinction is rapidly losing its relevance.

In Florida, 1.7 million pre-K-12 students — 46 percent — chose something other than the school they are assigned by virtue of where they live. Nearly half of those picked special academic magnet and choice schools, such as International Baccalaureate or career academies or arts or gifted programs, that are run by public school districts themselves. Others took dual enrollment programs that give them college credits on their way to a high school diploma, or online courses that supplemented what they were doing in the classroom.

A fifth of those students chose charter schools. These are schools, and I co-founded one myself, that are under contract with districts but are public schools, operated by private members of the community offering unique and innovative curriculum. These schools are customized to meet the individual needs of the students, typically in arts, technology, special needs, classical, or STEM curriculum. Often these schools have waiting lists, which are double if not triple their capacity.

Florida also has its share of private school opportunities, with four scholarships that last year served 273,000 students. How many people know that the largest voucher program is actually for 4-year-olds? Eighty percent of the students in pre-kindergarten last year chose a private school. How many know that the average household income for 107,000 students on the financial-need scholarship is just 8 percent above poverty? How many know that the Gardiner Scholarship, which now serves more than 10,000 students with special needs such as autism, enjoys nearly universal bipartisan support among state lawmakers?

The other new choice program added this year is the Hope Scholarship, which is intended to give an alternative to students who have endured bullying at their public schools. Hope has drawn most of the public and media attention coming out of this year’s session of lawmaking, but some of the complaints ring hollow. Yes, the scholarship is not directly focused on preventing bullying, but providing more options for the victims is not in conflict with our ongoing strategies to stop bullies.

Florida does lead the nation in school options, but the laws only laid the foundation. Not a single one of these schools or programs would remain open if parents did not choose them for their children, and the explosive growth in enrollment and waiting lists are telling us something.

Parents are not nearly so wedded to whether a school is “public” or “private” as to whether it will fit their own child’s needs. With nearly half of Florida’s students now choosing their schools, this much is clear: Parents are demanding all forms of customization.

John Legg is a former state senator and Senate Education Committee chairman. He is the founder of Dayspring Academy in Pasco County and serves on the board of directors of Step Up for Students, a nonprofit that helps administer four state scholarship programs in Florida.

John Legg is a former state senator and Senate Education Committee chairman. He is the founder of Dayspring Academy in Pasco County and serves on the board of directors of Step Up for Students, a nonprofit that helps administer four state scholarship programs in Florida.