Most conversations about school choice focus on students and families, and for good reason. School choice allows parents to choose the best educational opportunities for their children without having to make financial sacrifices for tuition or move to another district. But there is another important group that benefits from school choice: teachers.

Recently, we served as advisers on research conducted by Florida’s Step Up For Students that explored what led a small, varied group of teachers to leave their posts in traditional public schools and strike out on their own to start new private schools. Leaving pay, pensions and the security of a public school job, they tapped into resources provided by Florida’s rich school choice environment to create new educational opportunities. What these teachers had to say can shed light on ways to support further innovation in education.

The 10 teachers-turned-school founders were an interesting bunch. On average, they had spent a decade in traditional schools. Three founded large private schools (serving more than 150 students), three started small private schools (serving up to 150 students), and the others created a microschool, a hybrid homeschool, a homeschool co-op and a learning pod. Four of the schools were specifically for students with special needs.

All 10 had their own reasons for opening a new school, but frustration was a common theme. Whether it was low academic standards, the ever-present shadow of standardized testing or having to watch students fall through the cracks, all felt they could not remain in a system that they thought wasn’t working. As one put it, “As a special education teacher in the public school system, I saw my students … going into middle school, and a lot of them were not receiving services. They were going into classrooms where there was no one helping them to organize or to understand the different things that were going on. That’s when we started to really seriously talk about how we would do our own school.”

It hasn’t been easy. Starting a new school is rife with challenges.

First, to start a new private school on their own in an uncertain world, the founders had to give up a decent, steady paycheck and all the benefits of a traditional teaching post. They then had to convince other teachers to give up that same stability to join them. They could not promise the same job security, salary and benefits; they could only argue that their colleagues would be joining something that was worthwhile and could work.

There are also all the practical difficulties of starting any new organization. Things like building codes and zoning restrictions are difficult for people with no experience to navigate. As one teacher put it, “I know education inside and out. But I don’t know anything about business. I started the journey with a Nonprofits for Dummies and a bottle of wine at 2 o’clock in the morning at my kitchen table. Because I know that if my son needs this, there’s so many other kids that need this.”

One thing that was not a challenge was demand. From the word go, families and students were interested in what these new school founders were offering. As one put it, “We did not market, really, at all this year. We put nothing on Facebook, nothing on anything about enrollment, and I had over 200 people that applied.” Another said, “Initially, I planned to start with about 60 kids. That was my goal. But we ended up starting with over 200 kids during that first year.” Said another, “I have 16 families on my waiting list. So, advertising would put me way above what I would be able to handle.”

One key factor was the role of Florida’s private school choice programs, which made it possible for middle- and lower-income families to enroll. Around 70% of Florida public school students are eligible for one of the state’s income-based scholarships, worth $7,700 per year. Florida also offers an education savings account program specifically for students with special needs worth about $10,000 per student. Multiple school founders stated that these programs have made their school a possibility for families that otherwise would not have been able to attend.

So many passionate and talented educators feel trapped in a traditional school system that is failing them or their students. In Florida, however, some are striking out on their own and trying to create something new. With the right public policies and supportive private organizations, many more experienced educators could soon be creating new school models to serve the needs of students.

Policymakers and philanthropists can help by supporting choice programs, providing mentoring and networking opportunities for school founders, and supporting educator entrepreneurs as they look for start-up capital and facilities. If teachers are to have the opportunity to build truly transformative school environments, these are the resources they will need.

Michael Q. McShane is director of national research at EdChoice and a former classroom teacher. 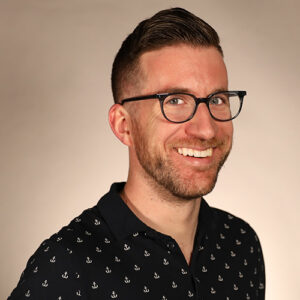 James Shuls is an EdChoice fellow and former dean of the College of Education at Southeastern University in Lakeland, Florida. To see the full report, “ ‘How Can I Stay In It But Not Stay In it?’: Leaving a Classroom But Starting a School,” click here. 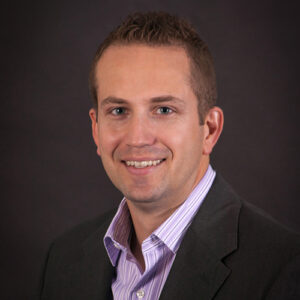