Learning and Love: A Lesson from Mr. Rogers for the Start of a New School Year

Behr & Rydzewski: Think about, in all the places where young people learn, how adults might nurture love for students and those who care for them

Summer was over, and with students starting another school year, Mister Rogers had something to say.

The television host entered the set the way he always did: He changed his shoes, zipped his sweater and spoke directly into the camera. “I’ve just come from the neighborhood school,” he told his TV neighbors. “I’m trying to learn the Greek language, and I have a really splendid teacher.”

On a legal pad, he carefully wrote agápe, his favorite Greek term for unconditional love. “There are so many ways — so many ways — of learning things,” he said. “And do you know what the best way is? To have somebody you love help you.”

For Fred Rogers, agápe seemed a natural way to start his 1992 series about learning. The whole premise of his program — the very blueprint from which he’d built Mister Rogers’ Neighborhood — was that learning and love are linked. Close, caring relationships, Rogers believed, could accelerate learning, catalyze healing and provide a foundation for children’s success.

Thirty years later, science is proving him right. In fact, amid a lingering pandemic, the still-unfolding horror of Uvalde and skyrocketing rates of anxiety and depression, agápe may be more essential in the coming school year than it was when the program aired.

For example: A study published in JAMA Pediatrics calculated “positive childhood experience” scores for more than 6,000 adults, based largely on participants’ relationships. As children, had they felt free to fully express their feelings? Had they felt a sense of belonging at school? Had caring grownups taken a genuine interest in them? The more participants answered “yes,” the more they flourished as adults — even if they’d also experienced trauma.

Another study suggests that even minor efforts can make a major difference. In 2018, researchers discovered that when teachers greeted middle schoolers at the classroom door, student engagement surged by 20% while disruptions dropped by 9%. A simple show of agápe had added, in effect, an extra hour of learning to the school day.

Young people themselves now rank close, caring relationships at the top of their list of needs. In a recent report by Remake Learning — a Pittsburgh-based network of in- and out-of-school educators that one of us co-chairs and the other has covered as a reporter — researchers asked students a simple question: How can adults best support you in the school years to come?

The students had all kinds of suggestions, from safer classrooms to more mental health support to better school food. But what they wanted more than anything was agápe: to know the adults at their school would accept them just the way they are. “The best teachers,” said one student, “have promised to be proud of me, even if I mess up.”

The assertion might cause some readers to bristle — proof, in their view, that the feelings of students have trumped more important matters like learning to read and write. (Rogers drew similar criticism throughout his career and even after his death.)

But contrary to well-worn concerns about participation trophies, agápe doesn’t mean kids want to be told they’re perfect. It doesn’t mean they want adults to lower the bar. It means only that they want adults to see them — regardless of their achievements or aptitudes or appearance — as human beings worthy of care. They want to feel, as Rogers assured them, that their full, flawed, complicated selves warrant inclusion in the neighborhood.

With that in mind, we humbly offer a Rogers-inspired resolution at the start of another school year: Consider, in all the places where young people learn, how adults might nurture agápe for students and those who care for them.

For example, what if every student had an individualized education plan, one informed by and responsive to their interests, needs and dreams? That’s what’s happening in the California Area School District, not far from Rogers’ real-life neighborhood of Pittsburgh. “Why not ask the kids, ‘What are you interested in?’ and then design their learning experiences around that?” asks Laura Jacob, the district’s superintendent. It’s not easy, she admits, “But my gosh, it’s been so rewarding.”

What if all students had trusted mentors and trained counselors to whom they could turn — and in whom they could see themselves? What if state legislatures changed the conditions that leave so many teachers dissatisfied? And what if politicians, rather than forcing teachers to fight a culture war, gave educators the time and tools to earn parents’ trust, whether through paid home visits or a game of cornhole?

As a nation, we might be surprised what agápe can do.

“You’ll find the people who love you best are the ones you learn the most from,” Rogers said in the Neighborhood. “And the more they teach you, and the more you learn, the better feeling you have about yourself and the world we live in!”

Here’s to more of that much-needed feeling in the school year to come — for students and for every splendid teacher.

Gregg Behr is executive director of The Grable Foundation and co-chair of Remake Learning. 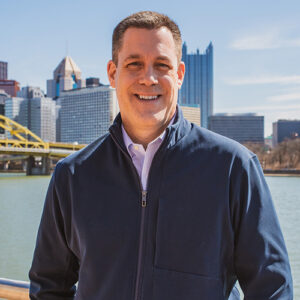 Ryan Rydzewski is a science and education reporter. Their book, "When You Wonder, You're Learning: Mister Rogers' Enduring Lessons for Raising Creative, Curious, Caring Kids," explores the science behind Mister Rogers’ Neighborhood and why it matters today. 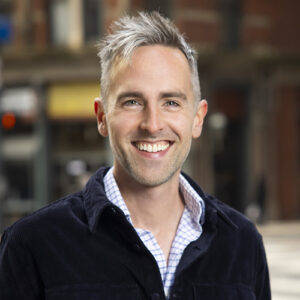