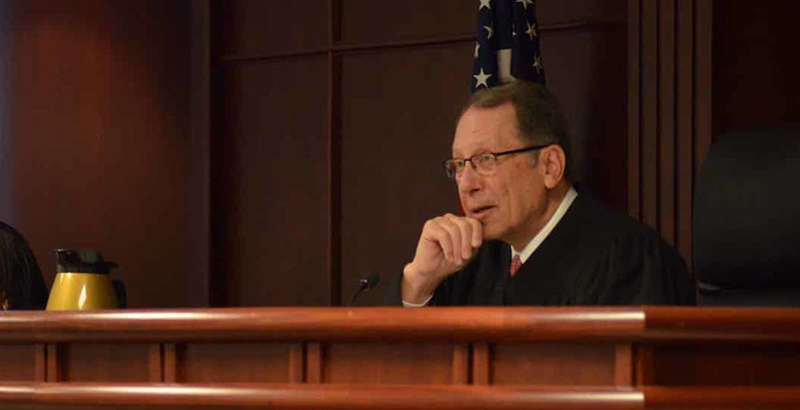 Judge David Lee ordered North Carolina leaders on Wednesday to transfer about $1.7 billion to fund a comprehensive plan aimed at ensuring students have the opportunity for a sound basic education.

The decision during the latest hearing in the long-running Leandro case fulfilled the hopes and expectations of many observers. Lee said that the constitutional mandate to provide all children in the state access to a sound basic education superseded any law which says the power to appropriate money lies with the legislature.

“The General Assembly’s authority over appropriations is grounded in its founding as the voice of the people,” Lee said, adding that the state constitution represents the people’s will. “And is therefore the supreme law of the land. The constitution is the direct mandate of the people themselves.”

The long-awaited Nov. 10 came on the heels of multiple hearings in which Lee expressed growing frustration with state legislative leaders and the governor for being unable to come to a budget compromise, which some hoped might include the funding Lee had ordered. Tired of waiting, Lee ordered the plaintiffs and defendants (lawmakers are not a named party) in the case to come back with ideas on how he should hold state legislative leaders accountable.

Plaintiffs sent him a draft motion earlier this month that would order the transfer of $1.7 billion to fund the next two years of the Leandro comprehensive plan. The State Board of Education responded last week with line revisions but no fundamental dispute with the plaintiff’s plan. And the state’s Attorney General’s response last week didn’t suggest any particular solution, but noted that the state had plenty of money to cover that $1.7 billion.

Right now, the state is sitting on more than $8.6 billion as of September that can’t be allocated until there is a budget. Both the House and Senate spending proposals for the next two years leave more than enough money to fund what Lee is directing.

Ultimately, Lee’s order follows pretty closely the draft order submitted by the plaintiffs. He also expressed agreement with an argument found in the Attorney General’s filing, which said that the constitutional right of access to a sound basic education is, in essence, an appropriation of the funds necessary to ensure that right.

“I am led to enter an order in this case that hopefully will minimize the encroachment on legislative authority through the least intrusive remedy that I can come up with,” Lee said.

All that remains now is to see what comes next. We go into some of that in the following article, which can give you the background leading up to the hearing:

“This case has devolved into an attempt by politically allied lawyers and the Governor to enact the Governor’s preferred budget plan via court order, cutting out the legislature from its proper and constitutional role,” the statement reads.

Lee, a registered Democrat, is a graduate of Wake Forest University School of Law who spent about 13 years as a superior court judge in North Carolina before retiring. He was later appointed to the Leandro case.

Democratic Gov. Roy Cooper’s budget proposal would have funded the next two years of the Leandro comprehensive plan. WRAL recently revealed that much of the funding for a report developed by independent consultants WestEd was paid for by the state’s executive branch. That report formed the basis for the comprehensive plan.

The statement from legislative Republicans later cites the state constitution, as well as a state Supreme Court case and Court of Appeals case (discussed in this article), to support their assertion that budgeting is the sole purview of the legislature.

“A judge does not have the legal or constitutional authority to order a withdrawal from the state’s General Fund,” the statement reads.

The letter also references the executive branch officials swearing an oath to the constitution — which may be a subtle signal for the state budget director, controller, and treasurer.

The process to appropriate of the funds ordered by Lee must go through all three of these members of the executive branch. Whether or not the Leandro plan is funded depends in large part on what these three decide to do. Additionally, the state auditor, also a member of the executive branch, has the power to relieve other state officers of their responsibilities under the state’s cash management statute.

The statement from Moore and Berger goes on to criticize the notion that the constitutional right of access to a sound basic education constitutes an appropriation, calling it absurd to think that a document written in 1868 could have predicted the necessary funding levels for education in 2o21.

“It’s a circus,” their statement reads.

Cooper also responded to the ruling after it came out. He posted the following tweet:

In the lead-up to last week’s hearing, multiple legal experts with ties to the Leandro case have been weighing in.

As reported by The Carolina Journal, Judge Howard Manning, the former judge in the Leandro case, sent a memo to state leaders Nov. 9 in which he noted legal precedents which he said limit the ability of a judge to order the legislative or executive branches to appropriate money.

He also said that more money isn’t what’s needed, but rather money spent correctly and education professionals doing their jobs.

“Reduced to essentials, in my opinion the children are not being provided the opportunity because after all the millions spent, 90% of school costs are for adult salaries and benefits, and the data shows as it did years ago and up to now the educational establishment has not produced results.”

In an opinion piece published by WRAL, Burley Mitchell, former chief justice of the North Carolina Supreme Court and author of Leandro I, and Henry P. Van Hoy II, former president of the N.C. Bar Association, said that the response to the Leandro case from Republican lawmakers is putting the state at risk: “Once the judiciary has established the rule of law for the case, the legislative and executive branches of government hold the companion duty to assure the rule of law is fully implemented. This principle is fundamental to our democracy.”

Bob Orr, the former state Supreme Court justice who wrote the opinion in Leandro II, said in an email that the “big question” in Leandro right now is whether the case is about at-risk kids or the entire public education system in North Carolina.

“It seems to me, a remedial order focused on at risk kids is clearly appropriate,” Orr wrote. “A remedial order applying to the system is more problematical based on Leandro II.”

Melanie Dubis, a lawyer for the plaintiffs in the case, seemingly pushed back on this last argument during the hearing. While the Leandro comprehensive plan may have the side effect of helping all students, she said, it is focused on the needs of at-risk students.

Lee’s order includes a stay of 30 days to “permit the other branches of government to take further action consistent with the findings and conclusions of this Order.”

This article first appeared on EducationNC.