LAUSD Is Now Diverting $2,300 Per Student to Cover Health Insurance Costs — 36 Percent More Than 5 Years Ago. Why the School Board Is Rushing to Avert a ‘Fiscal Cliff’ 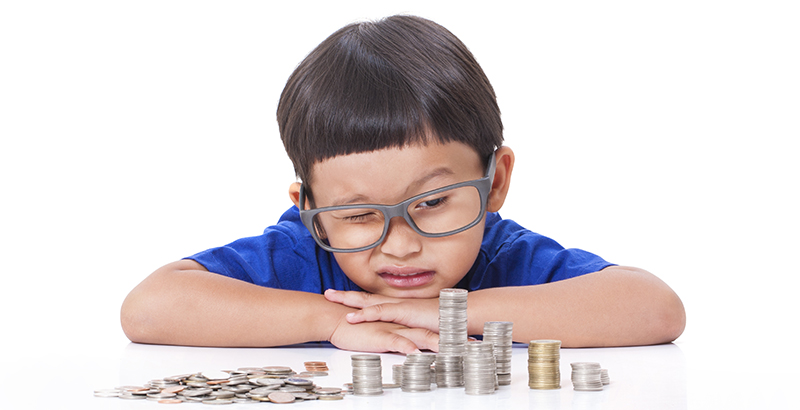 LA Unified has one of the most generous health care benefits packages in the state. But that means a big chunk has to come out of the money the district gets to educate each child — $2,300, to be exact.

That’s 14 percent of the $16,000 the district gets annually per student. Five years ago, health benefits cost $1,689 per student. If health costs continue to increase at the same rate — nearly 5 percent annually — when this year’s kindergartners start college, that cost will be $5,123 per child.

The higher the cost, the less money there is for education in the classroom, unless state funding also increases at the same rate. LA Unified, like most other employers and school districts, has to provide health care and other benefits to its employees. But LA’s costs are higher than in similar school districts. “We’re spending more per pupil than the other districts because we do some things here that some of the other districts have already limited. For example, we give lifetime benefits to retirees if they are eligible,” Chief Financial Officer Scott Price said earlier this month.

All eligible active and retired employees — plus their dependents — get full health care coverage including dental, vision, and other benefits, but they pay no premiums or co-payments.

And the steady increase in those costs is one of the main forces driving LA Unified toward the proverbial fiscal cliff. Two school years from now, the district projects it will be spending $450 million more than it takes in.

LA Unified actually would be running a deficit this year if it didn’t have reserves to plug the gap. In a statement released Aug. 19 on the district’s finances and the impasse in contract negotiations with United Teachers Los Angeles, the district stated that without tapping its reserves, it would have a deficit of $504 million for the current school year. If the district accepted UTLA’s “final offer,” the district’s reserves “would be exhausted this school year.”

Price laid out the ways LA Unified’s health benefits differ from those in other school districts in a presentation to the school board on Aug. 15 .

LA Unified has the highest cost per pupil for health benefits among similar districts in California: San Francisco, Long Beach, San Jose, Oakland, and San Diego Unified. For the fiscal year 2016-17, LA Unified’s health care costs were $1,968 per student, while Long Beach Unified spent $1,561 per pupil. San Francisco Unified spent $450 less per student than LA Unified; if LA Unified could pare that amount off its health costs, it would save $224 million a year.

Only one of the proposed changes that Price outlined would make up for a $450 million deficit. And that option would mean dropping all spouses and dependents, leaving only employees and retirees with health benefits.

Price said some cost savings can be made now by the Health Benefits Committee. Its nine members include one representing each of the eight employee unions and one district representative. That committee has already achieved some savings, such as in prescription drug costs. But bigger changes, like changing who is eligible for benefits, would have to be negotiated separately with each of the district’s eight labor partners.

To help parents better understand the health care costs, we talked with Price, the district’s chief financial officer. His answers have been lightly edited for length:

The 74: Are these costs for all LA Unified employees or just unionized employees?

Price: Health care benefits are for all full-time employees or any part-time – over four hours a day – employees and retirees that are eligible — all eligible active and retired employees. It doesn’t matter if they are unionized or not.

What is LAUSD’s per-pupil allotment from the state this year, and is the $2,300 taken from the per-pupil state funding?

Yes. If we put all the monies together we receive from the state, federal government, and other sources, it averages about $16,000 per pupil per year, so those are revenues overall. And, yes, about $2,300 per student goes to health care benefits in the 2018-19 year.

What does this mean for students in the classroom?

Let me step back and say that providing benefit plans for employees is pretty much done across most districts. There’s always a cost for employee health care for school districts in general, so what it does is, that limits the amount of funds that can be spent on other types of interventions or materials, or extra support in the classroom. So you have that finite amount of dollars, so as you spend that finite amount of dollars on things such as health care and others, then you only have a finite amount to spend on student-directed activities.

Why are the other five districts spending less?

So there’s a combination of things that other districts have done, so one may be that they limit retiree benefits to a certain age, for example 67 [years old], but we provide them for life. They ask a contribution to employees for a portion of their health care, whether active or retirees. We don’t ask our retirees to provide any portion of what their health care benefits cost.

The main thing that they use that we haven’t used is requiring employee contribution whether active or retiree, limiting up to what age we provide retiree benefits or even provide retiree benefits at all. And we also provide a more generous eligibility in regards to some of the part-time employees than other districts do. If they work over four hours a day, they are eligible for full-time benefits. Decisions like this were made by the board four or five years ago.

Do other districts offer benefits to part-time employees?

They offer different combinations. Some offer a portion of health care benefits or a certain amount, or they may offer to pay for half of the cost.

When could changes be made, and what has to happen?

We’re all in the same health care plan whether unionized or not, so the changes made to the plan would be for all employees. We have the HBC [Health Benefits Committee] made up of the bargaining organizations, and the district is represented too, and that committee is always looking for savings in the health care plan. Recently, the HBC agreed together to shift one of our retiree plans over and create savings. That was great and has the potential to save up to $50 million a year. We are looking for opportunities like that. We’ve worked with our health care providers to work on our prescription plan. They did this two years ago in order to save $25 to $30 million a year. They are looking at ways all the time in which we can save funds on health care costs.

The board would have to vote on that.

What is the possibility of making substantial changes to push back falling off the fiscal cliff?

Any proposal that we have, we would have to take to HBC before this contract terminates. We would go to them and make the proposal, but they don’t have to come back and bargain bigger changes like that until the three years are up. But in the past, they have been willing to listen to whatever proposal we have.