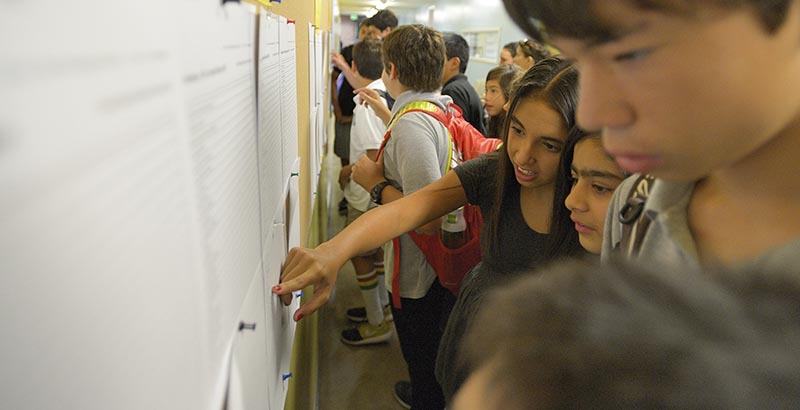 California has more charter schools than any other state and has long served as a reliable source of growth for that sector of public education. But a sweeping bill, hammered out in a compromise last week between the governor and leaders of both legislative bodies, is likely to slow down expansion in the years ahead.

It’s a “major setback for charter reform efforts here in California,” said Eric Premack, founding director of the Charter Schools Development Center. “I think it severely stunts growth going forward.” Premack is also a longtime advocate for charter schools in California who was involved in the writing of the original law permitting charters in the state.

He’s at odds with the state’s largest charter alliance, the California Charter Schools Association, which announced last week that it is neutral on the bill after having spent much of the year fighting it.

Last week’s deal defangs some of the bite of the bill’s earlier versions, though stiff provisions for charters remain. A key feature would allow school districts, the bodies that typically approve the existence of charters, to consider whether new charter schools would hurt them fiscally. Teachers unions, long the foil of charters and major drivers of this bill, have argued for years that charter schools are responsible for declining student populations in traditional public schools, which hurt district finances. (Others say demographic forces are to blame.) That was a rallying cry of recent teacher strikes in Los Angeles and Oakland, two districts with a history of pronounced charter expansion.

Current law doesn’t allow districts to turn down a new charter application that proposes to provide an educational service that is already offered by an existing school, said Carlos Machado, a legislative advocate for the California School Boards Association, which largely backs the bill. To address this, AB 1505 recognizes “that there are a finite number of educational resources available throughout the state, that there shouldn’t be duplication,” he said.

The updated language also calls for a two-year pause on new virtual charter schools, makes it harder for charter school operators to appeal a district’s opposition, and alters some of the flexibility charters enjoyed with staffing.

When asked whether the revised bill is still toeing the union line, “Big time” was Premack’s reply.

CCSA in a statement said it changed its position after winning “significant protections” for charter schools, such as a longer grace period for teachers to catch up on proposed licensing rules and more opportunity to appeal a district’s decision denying a charter’s petition to operate.

California Reached a Critical Compromise on Charter Schools, and Students’ Academic Needs Were Central to the Deal

California’s 1,300-plus charter schools enroll more than 600,000 students, a fifth of the nation’s charter student population. The state’s sector has enjoyed steady growth, its size nearly doubling in the past decade. That trend line was bolstered by governors of both parties, who have been largely amenable to charter growth since the state became the second in the U.S. to permit charters in 1992. (Interestingly, one impetus for the 1992 law was to thwart a campaign to make school vouchers legal in California.)

The landscape appears to have changed with the election of Gov. Gavin Newsom, who in his first year of office already signed a charter transparency bill that was similar to one former governor Jerry Brown, also a Democrat and Newsom’s predecessor, vetoed several times. Newsom’s gubernatorial run was strongly backed by the California Teachers Association, the state’s largest teachers union, though he showed some support for charters earlier in his political rise. In turn, the CCSA poured millions of dollars in support of Newsom’s main Democratic challenger, former Los Angeles mayor Antonio Villaraigosa.

Another key impasse is what role the State Board of Education should play in overseeing authorization of charters.

According to Premack, appeal at the state level was created because between 1992 and 1998, just one charter won appeal at the county level. The state role, he argued, put pressure on county officials to judge a petition more fairly. An earlier version of AB 1505 removed the county and state roles in considering appeals. The current language of the bill preserves the county role but limits the reasons the state body can overrule a county decision on standards Premack views as capricious. The “standard for appeal at the state level is incredibly high,” he said.

In some ways, the proposed bill is a return to 1992, Premack added. “It’s setting the clock of progress way back.”

Machado said charter approval should be a local decision for school and county boards, most of which are elected bodies in California.

“We’re still looking at whether the state board, which is an appointed body, should be involved in that appeal process.” That, he concedes, might be a discussion for another day.

Lawmakers have until Sept. 13 to approve the bill.

Submit a Letter to the Editor
September 5, 2019