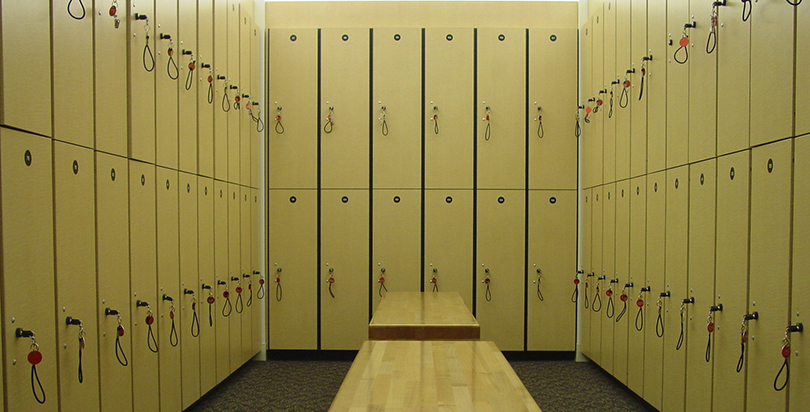 Following first-of-its-kind sanctions from the U.S. Department of Education, an Illinois school district reached a settlement early Thursday that will grant a transgender student limited access to locker room facilities that correspond with her gender identity.

The agreement is a big win for the high school student, who was born a boy but has identified as a girl for years, but several transgender rights advocates say the agreement falls short because it does not offer similar arrangements to all transgender students in the district.

As news of the settlement circulated Thursday, conflicting remarks from local and federal officials stirred confusion in the LGBT community. The official Department of Education statement about the settlement does not say whether this ruling applies to other transgender students in the district. Meanwhile the district’s superintendent has explicitly said that the agreement does not extend beyond this individual student.

In an interview Thursday with The Seventy Four, Nathan Smith, director of public policy at the Gay, Lesbian & Straight Education Network, said he had spoken earlier in the day with a senior official at the Department of Education, and had left that conversation convinced that the government intends to apply Thursday’s ruling more broadly to other kids. “We’re eager to see how it’s enforced over the coming months given the way it’s actually written,” Smith said.

Transgender student rights remain a hotly contested issue in the suburban Chicago community and across the country, despite the Department of Education’s hard line on inclusivity in recent years.

“We had hoped this agreement would be a model for other districts. It is not,” says John King, director of the LGBT and HIV Project at the American Civil Liberties Union of Illinois, which represented the unidentified student. “Our client had the personal resources and parental support to fight for equal treatment and locker room access. Not every student does.”

The student transitioned to living full-time as a young woman during her middle school years, presented a female appearance, legally changed her name, received a medical diagnosis and began treatment for gender dysphoria, and began hormone therapy. Although she is allowed to use the women’s restroom, and wear the women’s uniform during physical education class and sports, she was not given access to the women’s locker room when changing. Instead, she was instructed to use a separate restroom.

Under the agreement, the student will now be given access to locker room facilities designated for female students, but she will be required to shower and change behind a curtain. After accepting the settlement, Assistant Secretary for Civil Rights Catherine Lhamon commended the district for protecting the students’ civil rights while balancing other students’ privacy.

The district will also task a consultant with expertise in child and adolescent gender identity to help school officials implement the agreement. The district may put forward a current employee of the district to fill this role, but both the district and OCR must agree on the consultant. (More from The Seventy Four: How one California therapist trains schools to address transgender issues)

As reported by the Chicago Tribune, hundreds of area residents gathered in the cafeteria at Conant High School in Hoffman Estates, Ill. for a special school board meeting Wednesday evening organized to hold a vote on whether the district should settle. Most community members who chose to speak at the meeting said they opposed a settlement that would give the student access to the girls’ locker rooms. Some held signs that read “Settling is losing.”

Following the vote to settle, opponents shouted “shame on you” and “gutless cowards.”

District 211 Superintendent Daniel Cates has defended his policies on transgender students, underscoring that the district is committed to student privacy and noting that “gender is not the same as anatomy.” After announcing the settlement, which expressly denied the district violated federal law, Cates issued a statement that seemed more focused on the other women in the locker room:  “Let me emphasize — consistent with our stated position throughout this matter, if the transgender student seeks access to the locker room, the student will not be granted unrestricted access and will utilize a private changing station whenever changing clothes or showering.”

This is the first time the Office for Civil Rights had found a school district in violation of civil rights laws over transgender issues — a year after the department said transgender students are protected from discrimination under Title IX. But it’s not the first time the department has made a hard stand on the issue. In October, the U.S. Departments of Education and Justice submitted a friend of the court brief backing a Virginia teenager who is suing his high school over access to the boys’ restrooms.

In the last few years, advocates have swept state capitols and courtrooms in efforts to expand the rights of students who are transgender or gender nonconforming. Thirteen states and the District of Columbia now have laws banning discrimination against students on the basis of both sexual orientation and gender identity.

But these policies haven’t played out without pushback.

Across Illinois’ northern border in Wisconsin, for example, Republican lawmakers are currently working to push through legislation — dubbed the “Student Privacy Protection Bill” — that would ensure K-12 transgender students are unable to use the bathrooms and locker rooms that correspond with their gender identities. That state has an anti-discrimination law that protects students on the basis of sexual orientation, but not gender identity. (Read The Seventy Four’s coverage of the shifting civil rights battleground surrounding transgender students’ rights.)

Although the Illinois case once again elevated the battle for expanded transgender student rights into the national spotlight, advocates offered varying degrees of optimism going forward.

King, of the ACLU of Illinois, said the district’s failure to extend similar protections for all transgender students in the district is “a terrible mistake.”

For Smith, of the Gay, Lesbian & Straight Education Network, the settlement rings loud and clear: The Department of Education will stand by its stance that transgender students are protected from discrimination under federal law.

But Harper Jean Tobin, director of policy at the National Center for Transgender Equality, urged the Department of Education to issue further guidance to all schools across the country in understanding and supporting transgender students.

“Many people still have a limited understanding of this, and many have sincere but misguided concerns about providing equal opportunity for our transgender students,” Tobin said. “Providing equal access for all students consistent with their gender identity, while also providing more private options to everyone, makes sense and it works in schools across the country.”