Langhorne: When Pursuing Education Becomes a Crime, It’s the System That Should Be Scrutinized, Not the Students 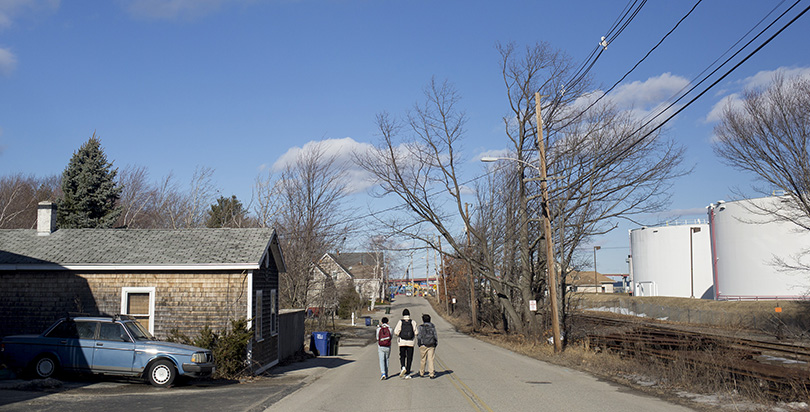 In a recent article, Derrell Bradford mentioned New Jersey and the state’s practice of having off-duty police officers follow students home to make sure the students are attending school in their assigned district.

“When we’ve criminalized the pursuit of a good school, we must ask whether the mission and intent we ascribe to public education are really being served,” Bradford writes.

It is a thought-provoking sentence. I assume that Bradford would have liked for me to think about how children’s ZIP codes are the largest predictor of the type of education they’ll receive (the subject of his excellent article); instead, I thought about Emilio.

Emilio (not his real name) was a student in my ninth-grade ESOL (English for Speakers of Other Languages) English class. Although I couldn’t claim he was one of my better students or that he possessed a particularly strong work ethic, he was prompt and polite, engaged while in class, and gifted with a wonderful sense of humor.

Prior to reading Shakespeare, the class studied literary devices — pun, oxymoron, simile, etc. I have never seen a student laugh so hard at the sign for “Dry Creek Water Park.”

Around the beginning of February, Emilio told me he would miss the next class because his family was moving.

In March, I pulled Emilio into the hallway to discuss his tardiness, which had gone from nonexistent to unacceptably frequent. Emilio’s class was first period. Because of the class’s demographics, it was not unusual for students to get a nighttime job to help support their families. I asked Emilio if this was the case. Ever polite, he explained that no, he did not have a nighttime job, but he now had to take two public buses to get to school and it took 75 minutes if the buses ran on time.

Only then did I realize: Emilio had moved out of our school’s boundary region. He might have even moved out of the school district altogether.

Teachers are expected to report students like Emilio. My former school district employs people to make sure that all of the students attending the school are currently living in-district as well as in-region, and that they’re not using an outdated or false address, or putting down a relative’s address. It’s not an easy task, but it is an important one.

This issue is not new. A 1991 New York Times article examined the growing number of expulsions of illegally enrolled students in suburban areas. Unfortunately, in the current system of property taxes and geographic school boundaries, schools truly can’t afford to educate students from outside their districts, and so those students have to be removed and sent back to their neighborhood schools, regardless of the difference in school quality.

Sadly, it’s been over 25 years, and we still haven’t fixed the inherent and obvious problems with this system of using geographic boundaries to assign students to schools.

(The 74: Bernard — Why Are We Arresting Mothers for ‘Stealing’ a Public Education?)

What if we had a different system?

What if Emilio could choose where he went to school? What if the taxpayer money followed him to the school of his choice rather than staying in the district where he lived? What if he were allowed to openly admit that he wanted to attend our school rather than feeling forced to sneak in like a criminal?

Having input into your education is empowering and motivating, especially for students who usually feel as if they have no voice.

Students should not be denied the opportunity of a good education because of where their parents live, and a system of school choice allows students to pursue that opportunity without fear of committing a crime. In this system, taxpayers fund students, not schools, so the money follows the student to the school he chooses to attend rather than staying in the school closest to where he lives.

I didn’t ask Emilio any questions about where he lived; I didn’t want to know. I continued to teach him as before — with a chuckle and a lot of patience.

In most cases, following district procedures is important. Sending away a faceless illegally enrolled student to his assigned school district might be the proper thing to do.

But forcing a 15-year-old boy who laughs at puns and has a good group of friends to leave his school for one with fewer educational opportunities is, to me, what’s criminal.