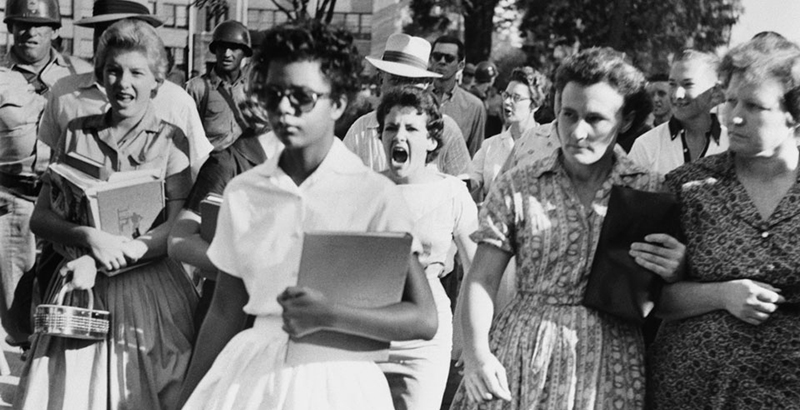 History repeats itself. Unfortunately, so does irresponsible analysis. For the 20 or so years that I’ve been studying charter schools, the attacks on charters have morphed over time. Early on, it was said that charter schools were going to admit only the most advantaged students. When that clearly didn’t come to pass, the attack line shifted to assertions that charters were more racially segregated than other schools. A study in the early 2000s by Gary Orfield seemed to confirm that: It showed that racial concentration in charter schools was higher than in nearby district schools.

But when researchers Zimmer, Gill, and Booker took a closer look, they found that kids attending racially concentrated charter schools had come from equally racially concentrated district schools. It turned out, charters were simply locating in majority-minority low-income neighborhoods and serving the at-risk kids who live there. Los Angeles is about 80% Hispanic. New Orleans is more than 80% black. Charter schools that locate in those cities are trying to serve those students. This is not segregation; this is school founders doing exactly what policymakers hoped they would do (as required in most state charter laws): serve kids most in need of a better education.

Now, a new Associated Press story is resurrecting an attack that should have been laid to rest, with headlines asserting that charter schools “put growing numbers in racial isolation.” The AP repeats Orfield’s old methodological mistake by interpreting high rates of racial concentration as “causing” segregation. If students are simply moving from one all-black school to another, there is no impact on overall segregation of schools. But there likely is an increase in learning.

The article includes some titillating stats: Charters are more “racially isolated” than district-run schools, and racially isolated schools are more likely to have low test scores. I hope it comes as no surprise to the AP education reporters that poverty is well known to be highly correlated with low proficiency rates. But they do seem ignorant of the important fact that charter schools have a strong track record in overcoming the odds of high poverty. They also fail to consider that parents choose charters, rather than being forced to send their children there.

America is inexcusably segregated today, but it is ridiculous to imply that charter schools are to blame. Decades of housing choices, largely driven by suburban and intra-urban white flight, are reinforced today by inequities that are hardwired into our neighborhood school systems where funding, quality teachers, and other resources are unfairly distributed.

The parent choice that helped create segregated schools is the kind driven by a moving van, not by public charter schools. We will never be able to, nor should we, prevent families from moving where they want, but we can offer quality choices to families who can’t afford to move. Let’s please stop with the paternalism that passes judgment on their choices based on the idea that an all-black or all-Hispanic school will necessarily be bad for their children.

Increasing the number of racially and economically diverse schools is an important policy goal, and charter schools can and are used to promote more diverse urban schools. My son chose a diverse charter school in Seattle over a mostly white district-run gifted program. There is a fast-growing network of charters across the country that are diverse by design. But as any parent knows, the goal of diversity is secondary to safety and great teaching.

The AP’s misleading headline has come before and will come again. In the end, however, the only thing the analysis shows is that charter schools are serving the at-risk kids we — and state legislatures — asked them to serve. The fight to end racial segregation in our schools is laudable, but to pin the blame for current circumstances on charter schools is irresponsible.