Kittredge: One in Three NYC Students Score at the Bottom of State Exams. Why Is Their Mayor Ignoring the Crisis?

New York City’s failing district schools have cost 133,000 children their academic futures.
According to a new study reported in the New York Daily News, one-third of city students who have taken state math and English tests during Mayor de Blasio’s time in office have received the lowest possible score — a Level 1 out of 4. Almost all of these children are low-income children of color.
When students score a Level 1, it means they are not learning to read or do math. As a result, once third-graders score a “1” on their state exams, they’re almost always stuck at that level for the rest of their academic career. In 2015, 70% of the fifth-graders who had previously received a 1 on their third-grade exams scored at this level yet again. This pattern was repeated for eighth-graders taking the 2015 math exams, with 70% of the students who received a 1 on their fifth-grade math tests remaining at that level.
More than 80% of the victims of this crisis are black and Hispanic, and most of them are concentrated in a fraction of failing city schools. The 1s crisis is most acute at the city’s 287 worst district schools, where students are more than twice as likely to score a Level 1 on state exams year after year than their peers at better schools.
Because of their zip code, these children are set on a path towards academic failure from the time they’re eight years old.
This should warrant a crisis response from teachers, school administrators, and city officials alike. Instead, Mayor de Blasio and his Department of Education have refused to acknowledge that anything is wrong. Because the administration won’t help these children, they remain trapped in a cycle of poor academic performance and failing test scores.
(More: Where Have De Blasio’s Grand NYC Education Plans Gone?)
The “1”s crisis is proof positive that many of New York City’s most vulnerable students have been abandoned by their district schools and failed by a mayoral administration that pledged to eliminate the gap between haves and have nots in New York City. Instead, the city’s Tale of Two School Systems has only gotten worse.
So how can we break this cycle?
In contrast to this heartbreaking failing of children, public charter schools in New York City have demonstrated tremendous success in closing racial achievement gaps. Public charters across the five boroughs enroll less than half as many Level 1 students as their district counterparts, and are far less likely to produce Level 1 scorers overall. In fact, black and Hispanic students at public charter schools are nine times more likely to score at the highest level on statewide English and Math exams.
The longer the city neglects Level 1 scorers, the dimmer their academic futures grow. At about 500 schools across the city, the proportion of students scoring at Level 1 in math and English actually increased in the 2014-2015 school year.
Instead of trying to hide the Level 1s crisis and its disproportionate impact on children of color, this administration should support the expansion of public charter schools in New York City. Only then will Mayor de Blasio send more than 100,000 New York City families the right message: your child’s education matters.

Jeremiah Kittredge is the Co-Founder and CEO of Families for Excellent Schools, which helps parents organize for meaningful education reform, and which currently serves more than 50,000 families in the tri-state area. Forbes Magazine awarded him a “30 under 30” award for his work at FES. He’s worked as a public school teacher and union organizer in New York, Rhode Island, and New Hampshire, holding positions with SEIU, Obama for America, and Change to Win. A graduate of Brown University, he lives in Brooklyn, NY. 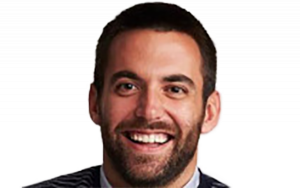