Khan: Too Many Poor, Minority Kids Attend Low-Performing Schools. That Doesn’t Mean Their Parents Don’t Care About Their Education 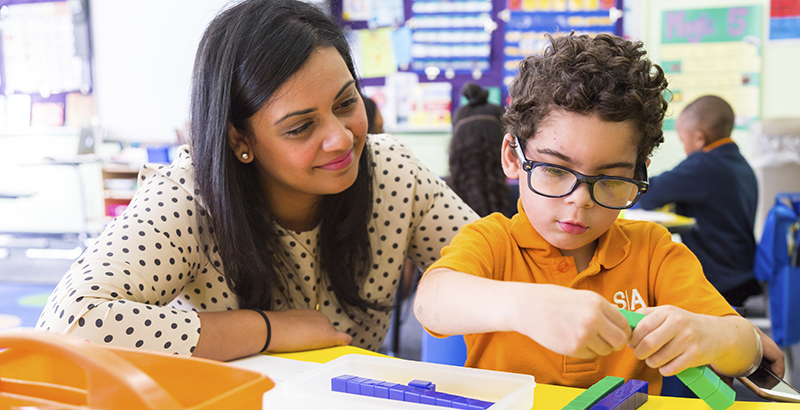 Let’s try a thought experiment. Imagine a school where most students are white and affluent, where 100 percent pass state math tests and 99 percent pass English Language Arts. Would reporters, politicians, and other members of the vocal public actively search for ways to explain away the results? I think not. More likely the response would be: “Wow, that must be a great school, with excellent teachers and invested parents.”

The school I led for four years and currently manage as a principal supervisor gets these results. But my school, Success Academy Bed-Stuy 1, serves poor black and brown kids, and the response always seems to be that we are somehow cheating, that the results are meaningless because “Success Academy doesn’t accept the neediest students; it creams the good kids.”

Explaining away strong results with the accusation of creaming reveals an unspoken and offensive assumption: that poor, black, and brown communities have a small handful of “good” families — who care about education and want the best for their kids — and a large majority of “bad” families who don’t. In fact, SA Bed-Stuy 1 admits students through random lottery and, by any measure, serves an extremely needy population: 79 percent of students are low-income (with 73 percent receiving free lunch), many live in surrounding public housing, and 13 percent are homeless.

Across all 46 schools in the Success Academy Charter Schools network, which collectively rank in the top 1 percent in the state for academic performance, 94 percent of students are minority and 74 percent are low-income.

The assumption so many make about the level of engagement among poor parents derives from a pernicious logic: There are many failing schools in low-income neighborhoods; therefore, poor families must be minimally invested in their children’s education. But this logic gets it exactly backward: These families are minimally invested in local schools because the schools are failing.

When you provide them with excellent schools, where classrooms are safe, orderly, and fair; where every single adult — from the office coordinator to the school psychologist to the science teacher to the principal — knows how every child is doing and what he or she needs to excel academically; where every child gets rich opportunities in chess, art, science, music, and sports — guess what happens? Families become incredibly invested in those schools — because they were already invested in their child’s education.

One family I served at Bed-Stuy 1 exemplified this reality. Their daughter — I’ll call her Denise — attended the school over the four years I led it, and during this time she moved constantly between the homes of her mother and her grandmother, and in and out of temporary housing. Despite these challenges, we held Denise to the same high expectations we held for all our students, and we gave her the same kind of intensive and individualized care to help her reach a high bar. We set ambitious goals for her, provided targeted support, and carefully tracked her progress. We held her accountable for completing her homework and reading each night. And we consistently delivered a challenging curriculum, engaging instruction, and a safe, stable environment.

Denise had always worked hard, but she struggled early on and by third grade was in the middle of the pack in her class. We kept pushing her to go further, however, and in fourth grade, her teacher found innovative strategies to motivate her — inspiring an unprecedented level of effort and investment. That year, Denise received 4s on both the math and English state tests, with a perfect score in math.

Despite the disruptions in their home lives, Denise’s mother and grandmother saw that she was flourishing at school and matched our efforts. Even when placed in distant temporary housing, they got Denise to school on time and with her homework done. Their tenacity — and the tenacity shown by other homeless families at Success who trek with their children from far-flung housing to school — demonstrates an important reality: If you serve children well by actively demonstrating a deep belief in their potential and a willingness to do whatever it takes to help them fulfill it, parents will meet that commitment even when they face personal challenges.

As a Success Academy teacher and principal, I learned many things from our parents, but the most vital lesson is that parental investment must be earned by schools and educators. As a city, we have to stop explaining away poor educational outcomes among low-income black and brown students by assuming that their parents aren’t committed to education and instead start creating schools that inspire and deserve their commitment.

Disclosure: Campbell Brown co-founded The74Million.org and sits on the boards of both The 74 and Success Academy.