Keeping Transgender Issues Out of Grade Schools: Why Teachers Should Leave Specifics to Parents

This is one in a series of articles surveying the complexities of gender identity, the evolving political debate surrounding the transgender rights of today’s youth, and the ways in which these issues intersect with the policies and practices of K-12 schools across the country. To see the complete series, click here.
These days, it would be practically impossible to shield children from every media reference to, or adult discussion of, transgenderism, but in my professional opinion, a preteen still shouldn’t be expected to understand, or even to contemplate, this topic on any but the most general of levels.
Transgenderism is a tricky topic for most adults to fully understand. Even among clinicians, there’s not universal concurrence that female brains sometimes actually develop in male bodies and vice versa. Clearly, some people are uncomfortable (clinically speaking, "dysphoric") about their genders, as defined by their chromosomes and expressed in their physiology, and feel that bodies of the opposite sexes would better suit their minds. But whether and when clinicians should then facilitate physical and/or mental changes to promote greater mind-body congruence, or should instead simply facilitate greater acceptance of incongruence, isn’t as clear.
Some maintain that in-depth discussion of transgender and gender identification issues with preteens and grade school students is warranted in order to prevent ignorance, alleviate fear, and avoid the resulting peer bullying of children whose mannerisms and/or interests may appear transgender. But I disagree. I believe it’s sufficient for parents and teachers to instruct their younger children that there are all kinds of people, dealing with all kinds of issues, some of which can make us feel confused and can even be unsettling at times, but that such feelings never make it okay for us to mistreat anyone.
I prefer that schools not presume to know better than parents when it’s time to expose grade-schoolers to certain issues
Others maintain that in-depth discussion of transgender issues with grades-schoolers is warranted in order to validate and normalize gender dysphoria in children who may experience it, but again, I disagree. I don’t believe that a preteen can – nor can parents, teachers, or even we clinicians – really know, whether he or she is truly gender dysphoric, let alone whether, in response to gender dysphoria, he or she truly wants to be change his or her body (or the presentation thereof).
I believe it’s premature to facilitate a still-developing child’s internal adoption, and/or external assumption, of a gender identity incongruent with his or her biology, and I think that doing so in knee-jerk response to the expression of a potentially-temporary desire or contra-stereotypical interests (e.g. a boy’s preference to play with dolls over racecars) runs an unacceptably-high risk of doing more long-term harm than good, both for that child and for other children in close proximity.
If that child’s school, for example, presumes to enlist his or her peers in accommodating or ameliorating his or her gender dysphoria, it forces the peers and their parents to address a tough topic at ages when it’s difficult to know whether it’s even warranted, let alone how to do it productively. For example, a peer who never had gender identity concerns prior may then start to wonder whether he or she, too, might be in the “wrong body” (even adult students learning about various conditions in nursing school, medical school, psychology graduate school, etc. sometimes worry about potentially being affected by those conditions).
Bottom line: I prefer that schools not presume to know better than individual children's parents when to expose those children's minds to the concept of transgenderism — certainly with any degree of specificity. I encourage educators of preteens to teach their children that it's right to be decent, and wrong to be bullies to anyone. But specific lessons on transgender issues? That’s a parent’s call.
Dr. Brian Russell is a psychologist, attorney, Co-Host of “Fatal Vows” on Investigation Discovery, and author of Stop Moaning, Start Owning: How Entitlement is Ruining America and How Personal Responsibility Can Fix It, coming Fall 2015 from HCI Books. Find Dr. Russell on Twitter @drbrianrussell and facebook.com/drbrianrussell.

Dr. Brian is a psychologist, lawyer, MBA, and author of the new book “Stop Moaning, Start Owning: How Entitlement Is Ruining America and How Personal Responsibility Can Fix It,” available from HCI Books. He is the co-host of the TV series “Fatal Vows” on Investigation Discovery. For more information visit www.drbrianrussell.com. 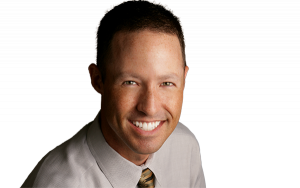