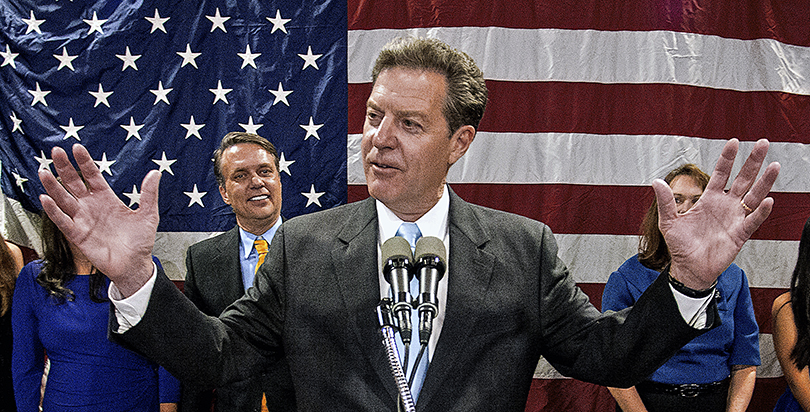 In a political blow to Kansas Republican Gov. Sam Brownback, the state’s Republican-led legislature overrode his veto of legislation that raises income taxes to plug a $900 million budget hole and funnel more money into the state’s underfunded public schools.
The legislation calls for a nearly $300 million increase in K-12 school funding over the next two years. Lawmakers also want to expand the state’s tuition tax credit program to allow individuals, not just businesses, to reap tax benefits from donating money for private school scholarships.
In March, the Kansas Supreme Court ruled that the state had failed to fund public schools by hundreds of millions of dollars per year.
In 2012, Brownback put in place a conservative economic agenda that the governor described as moving the state’s tax policy “toward a pro-growth orientation.” Since then, the state’s bond rating has been downgraded twice. The new legislation, which calls for raising $1.2 billion in income taxes over the next two years, resets state tax rates to where they were before Brownback’s economic policy took effect.
Submit a Letter to the Editor
June 8, 2017